[UPDATE: 06/12/19] We’ve managed to get in touch with Scanda Sky’s founder, Tengku Faizwa, to get a better insight on Scanda Sky. There are a total of three updates in this article which are highlighted in blue.

If you’re from Ipoh and want to visit China, then we’ve got some news for you!

Recently, it was reported that there’ll be a new direct flight specifically from Ipoh to Guangzhou, China. And the flight services is carried out by a new company called Scanda Sky, with the company having been founded and chaired by Tengku Faizwa Tengku Razif. And if you feel like you’ve heard her name somewhere, that may be because…

The first thing we found out about Tengku Faizwa – reportedly a member of the Selangor royalty – is how she’s not actually part of the aviation industry. In fact, she wasn’t even an entrepreneur 14 years ago.

We stumbled upon a news report dated in 2005 claiming that Tengku Faizwa was a pioneer among the Malays to be a licensed Tony Buzan trainer. For those who aren’t familiar with Tony Buzan, he popularised the idea of mental literacy and a thinking method called mind mapping. Tony Buzan (in the middle of the mind map). Img from The Irish Times taken from tonybuzan.com

According to the report, she was interested with Tony Buzan’s method of mind mapping and had invented her own techniques to memorise things. This probably explains why she was known as the Puteri Memori Malaysia back then.

Tengku Faizwa, her mother and Asian Memory Record Holder Lim Teck Hoe started up a company called The Switch to train people to memorise. However, our attempts at checking the company’s website www.theswitch.com.my proved futile as it’s apparently no longer working.

The company seemingly provided consultation services for organisations, workshops and seminars on education besides managing special events related to mental literacy and mind sports championship and certification. Just so you know, mind sport is a legit sport and Malaysia has its own organisation!

Tengku Faizwa had written to several companies about her company but ofcos they didn’t believe in what they were doing. Tengku Faizwa had even written to Dr Mahathir, who later became one of her students as he wanted to learn how to memorise people’s name. “When I was 23, I wrote and sent letters to corporations in Malaysia about the memory technique I invented. It wasn’t a loss for me. I sent hundreds of letters including the ones I sent to Tun Dr Mahathir Mohamad. At that time, Tun Dr Mahathir was still the Prime Minister. All of a sudden, I received a reply from Tun Dr Mahathir 3 months after I sent the letter.” – Tengku Faizwa to NONA, translated from BM.

But how does her technique work tho? You can check it out in this video below:

And, according to Tengku Faizwa, The Switch and Ideaspark Sdn Bhd, which are apparently two different companies are no longer active. This may explain why we can’t get access to The Switch’s website.

But in any case, these early adventures into business may be how Tengku Faizwa became an entrepreneur, seeing as….

She then founded Scanda, a company that sold… projector smartphones?!

You may have heard of or seen smartphones where it can be used as a mini projector like this: 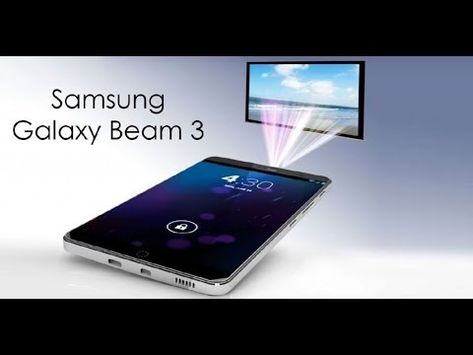 But what if we tell you that Tengku Faizwa was said to have invented the FIRST projector smartphone in the world!?

Okay, let’s be real. Despite some claims that she was the first to do so, according to SoyaCincau, it may not be the first projector phone out there – but then again, phones like these weren’t exactly as commonplace as your boba-camera iPhones when it launched in Malaysia sometime in 2018.

NAH, BACA:
Will the Selangor & KL plastic bag ban work? We look at other countries

But why name a company Scanda tho??

“The interesting part of this smartphone is its name. I named it Scanda. Initially, I wanted to name it ‘Scandal’ but, after a long discussion with my team, we thought the name was a bit too extreme.” – Tengku Faizwa told NONA, translated from BM.

You can take a look at how the phone looks like from this video:

As it turns out, Scanda doesn’t only sell projector smartphones. It had later grew into a bigger company with mini companies under it which, according to Tengku Faizwa in a speech, also manages capitals and, now, chartering flights.

However, when we tried searching for other Scanda companies (besides Scanda Sky), we…. could not find much. Even their Scanda smartphone website didn’t lead to anything.

And that’s because, according to Tengku Faizwa, the Scanda’s projector smartphone is not available in Malaysia just yet.

“We are focusing on other countries, but not until middle of next year. We would like to concentrate on Scanda Sky first.” – Tengku Faizwa.

And the only thing we stumbled upon was a company which offers various services like supply chain solutions and tourism, called Scanda Solutions. And this particular company is based in Kuwait. :\

Going back to Scanda Sky tho, apparently Tengku Faizwa started up Scanda Sky… by accident??

“Actually I came across the project by accident. Other parties tried to work on it (using a different business model) and failed. Mr Stanley (Scanda Sky’s CEO) and I thought it was an interesting venture and had plenty of ideas on how to make it work, brand it, and market it differently.” – Tengku Faizwa

But, on a more serious note, she had reportedly start up the company to also help the Perak govt to attract more visitors in the state. Tengku Faizwa mentioned that her company is working closely with the Guangzhou govt to bring tourists to Perak.

“The feedback has been good. We hope to welcome 40 to 50 visitors from Guangzhou each week starting next year. We’ll also try to make them stay longer in Perak, instead of transiting to Kuala Lumpur.” – Tengku Faizwa to The Star

Scanda Sky is technically NOT an airline… it’s actually a tour company?

As mentioned earlier, MavCom warned Scanda Sky not to advertise itself as an airline company as it is not even licensed under the Malaysian Aviation Commission Act 2015 (Act 771). But it may make sense why MavCom had done this because several news reports have been portraying Scanda Sky as though they are an airline company.

In fact, people who have visited its website sometime last week may also have the impression that Scanda Sky is an airline company. And that’s because, based on Scanda Sky’s website, we learnt that it pretty much offers passengers two flights per week between Ipoh and Guangzhou besides free travel insurance which ends this year and RM200 discounts for Perak-ians! We tried searching for the price of the flight but it wasn’t available online (yes, we even made an account on Scanda Sky). 🙁

This may be why the company has recently clarified that it is not an airline company but just a company that charters flights for passengers by Malaysia Airlines Bhd (MAS). What they’re doing is somewhat similar to Berjaya Air and Elite Jets. Scanda Sky has even placed a disclaimer on its website to clarify that.

Kindly ignore the fact we took this screenshot at 2.30am. Screenshot of ScandaSky homepage

But wait, what’s with the travel packages? Apparently, according to Scanda Sky’s CEO, Stanley Hu, the company is also offering tour packages to passengers in Ipoh and Guangzhou. He also added that the sales of tickets shown on its website is a no-commitment two-week promotional gimmick offered by Scanda Sky to the public experience on what it’s like to take tour packages with Scanda Sky.

“After the first two weeks, all seats on the flights that Scanda Sky charter from the existing airlines could only be procured from affiliated tour agencies, tour groups or other entities licensed to provide tour packages. These companies will have their payment gateway or their site linked to our site.” – Stanley told The Star.

But we couldn’t find the promotional gimmick or the type of packages offered by Scanda Sky through its website tho. The website also mentioned that it’s offering tour packages provided by its travel partner but there isn’t any mention of who these partners are. We’ve yet to receive a response from Tengku Faizwa on this.

Despite that, Scanda Sky’s services remains uninterrupted as of now. In fact, some people have already used their services. As for whether or not Scanda Sky would be around for long tho after this, seeing as MavCom is hot on their tail, remains to be seen.