Try to connect Malaysia with outer space and people will think of Dr. Sheikh Muszaphar Shukor, the surgeon that was Malaysia’s very first Angkasawan (astronaut), who was sent into space as part of our Angkasawan program (honestly could have had a cooler name lo). Other than that, we might fuzzily remember about Malaysia’s satellites, namely Tiung SAT, MEASAT 1, 2, 3 and RazakSAT.

If you didn’t know, we actually also have our very own National Space Agency, and we even have South East Asia’s very first space centre. BUT more impressively, what if we told you that there’s a private Malaysian company that’s planning to launch a rocket, to the MOON, WITHOUT money from the gomen (mostly)!

But go moon for what?

The Google LUNAR XPrize competition is a big deal because NOTHING like it has ever been done in the history of mankind. Launched by XPRIZE and sponsored by Google, it’s a competition where teams race to be the first one to complete the following tasks:

The competition aims to encourage innovation in making cost-effective space travel technology and materials, so maybe someday taking a trip to space will be as easy and cheap as taking the LRT. Oh and the winner gets like, USD$20 million USD (about RM84 million).

So like we said, there’a Malaysian in the running… See if you can spot him in this trailer before we tell you more about him:

So who’s this guy who feels all alone? 🙁

The man leading the team’s mission to the moon is Mr. Mohd Izmir Yamin. From making kites out of newspapers and penyapu lidi to setting the trend of building bottle rockets in secondary school, he’s now founder and CEO of Independence X and Pulsar UAV, a company that flies drones to assess the hard to reach places for construction projects. Private Malaysian company, Independence X, is the only ASEAN and Malaysian finalist competing against 15 other teams, each representing other countries from all around the world. Their major task right now is to secure a launch contract; which is to find a company that would help them launch their rover into space, before 2016, or they will be kicked out of the competition! Currently, 4 teams are confirmed to have secured a contract.

So why did Mr.Izmir and his team accept this crazy challenge? Well simply because they CAN, and they wanted to challenge themselves.

“Conventionally, going to space requires government funding and support, thus, doing it in the private sector presents a separate, different set of challenges.” – Izmir Yamin in an interview with Scientific Malaysian Magazine

The team treats this as an opportunity for exposure, to gain experience and knowledge that normally would be hard to come by, and as a stage to showcase and improve their abilities.

We got in touch with Mr.Izmir to find out more about his mission and his progress.

So just how does he intend on sending his rover to the moon? By using the most budget trip to the moon, of course. Original image from expat.go.

So basically, there’s no highway or LRT to the moon yet la (until China builds one maybe?). Instead, try to imagine the earth and the moon as two kids playing ball, with the ball being Mr. Izmir’s spacecraft. Their plan is to use earth’s gravity to FLING the spacecraft to the moon, then have the moon’s gravity catch the spacecraft, then slowly brake until can it can land safely on the moon.

But first of all, Mr. Izmir will need a rover, which he intends to be 100% made in Malaysia. Izmir tells us that he’s now occupied with testing out propulsion systems (basically: ways for his craft to move around while on the moon), and the craft itself is mostly still on paper.

As for sending it to the moon. He will be sourcing it to the Indian Space Research Organisation that will help him launch his rover in a rocket and into outer space. But of course, he will need to pay them.

The launching of the rocket will be the most expensive part of the project, estimated to cost around 20 million euros (about RM93 million)!!

93 million not inclusive of hunky sailors

Good news is, Malaysia (and India) has an advantage, we’re actually “closer” to the moon!

“Malaysia is strategically located on the equator, which can serve as a natural space pod that enables us to save fuel for launching, and  to increase payload for launching.” – Izmir Yamin, in an interview with Scientific Malaysian Magazine.

NAH, BACA:
Malaysia's most researched author just passed away. This is K.S. Maniam

THAT’S EXPENSIVE! How are they paying for this?

Actually, the total estimated cost of the entire project is 24million euros (RM111 million), and we mentioned that the project has to be privately funded, but technically that is only up to 90% of the project. Besides using the profits of both of Izmir’s companies, the team is also looking for corporate and public supporters from Malaysia and ASEAN to contribute to the project (Yes! You too can contribute).

To reach their funding target, the Independence X team has to put in extra working hours and money from their own pockets for the competition as well. Mr Izmir was particularly surprised when the team even pulled their friends to help out during their exhibitions. 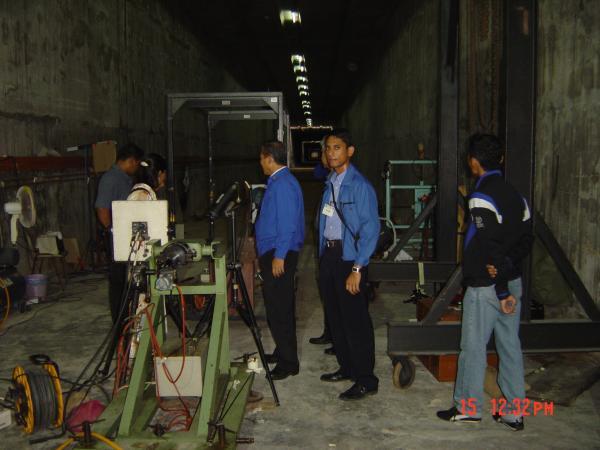 The team will also build their rover from scratch, using the cheapest materials possible. Fun fact: they even went to scavenge parts from Subang Airport junkyard shop for scraps and parts that they could use.

“We managed to find a nice fuel line made of titanium alloy. We asked the cost and they actually said we could have it free of charge. It doesn’t mean anything to them!” – Izmir Yamin in an interview with ExpatGo

And if you haven’t realised yet, the cost of the whole project will actually exceed the prize money of being number one! But if Independence X manages to land their rocket on the moon, Malaysia will make HISTORY by having the cheapest moon mission EVER! The cheapest right now is India’s Moon mission Chandrayaan 1, which costs 80 million euros. 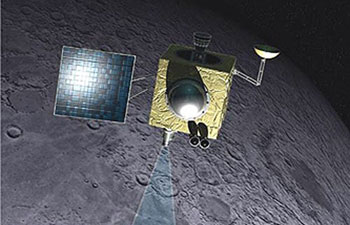 Chandrayaan 1. It helped NASA find water on the moon. Image from indiatoday.intoday.in

But until then, the team will still be looking for contributors to raise 2 million euros before the end of 2016, because if they fail, they will be eliminated of the competition. Right now, public crowdfunding is at RM1,200 (at time of writing), but the team seems to be making promising progress. They are in the middle of securing 3 corporate sponsors, and the gomen has even stepped in to help attract sponsors.

So… does flying stuff into outer space REALLY help anyone?

Still, even if the competition doesn’t work out, it would just be a missed opportunity. Izmir said that he and Independence X will continue the company’s work, building rocket propulsion systems and making Malaysia’s aerospace industry known to the world.

But Izmir has a dream bigger than flying rockets to the moon, and that’s getting all Malaysians online. Izmir’s dream is to make access to communications such as internet and handphones easy for rural Malaysians, so that providing education to remote areas would be easy as well. It may not be cheap to launch rockets into space, but he says that launching satellites will actually cost less than building telecommunication towers.

“Launching a satellite is very costly, but putting (up) telecommunication towers is even costlier. Each tower will cost about RM5mil, and it can only cover a radius of about 5km which means you can only reach a limited number of people and you need to have a power supply.” – In an interview with Star 2

Izmir also hopes that his effort and success in the competition will set off a chain reaction in Malaysia’s aerospace field, and attract academicians and talents from abroad, creating an environment here in Malaysia that would nurture Malaysians with potential, making Malaysia an truly international aerospace hub.

“We will be in the history books. A competition like this has never been done in the history of mankind, and it’s a big deal for human exploration. A win would definitely be a triumph for Malaysia on the global front, drawing attention to us not just as a technology hub, but also as an equator launching site.” – Izmir Yamin, in an interview with CILISOS.

To be fair, the reality is much less encouraging, as Prof. Em. Datuk Dr Mazlan Othman, Malaysia’s first astrophysicist (also part of independence X team!), pointed out in a recent interview with Perdana.org. She says that because of the lack of awareness and development in Malaysia’s aerospace field, our local talents are leaving for other places.

“Space is inspirational and aspirational; that’s why in the US, the industry attracts the best minds. People are motivated by goals bigger than themselves and their companies. These people will leave if there are no programmes and no aspirational targets to work towards.

So, we have hollowed out our capability and capacity. It’s very sad.” –  Prof. Em. Datuk Dr Mazlan Othman in an interview with Perdana.org.

Malaysia’s aerospace industry is in desperate need of attention. Imagine if only we had more people like Izmir Yamin, perhaps a whole industry of them, then MAYBE in the not so distant future, Proton can even become the Mercedes and BMW of space ships, only if we would set our sight TO THE STARS.