We’ve talked a lot about deforestation in Malaysia before, and so far, the usual culprits have been oil palm, logging and mining. But there’s a new kid on the block, and it’s… a prickly one. Yup, it’s durian. Recently, durian growers in Malaysia are expanding the size of their operations from small orchards to industrial scale plantations, and environmentalists have warned that this trend presents a new threat to our rainforests, in addition to all the other threats. Already, durian plantations are making the news, but not all of them in a good way. Sometime in the middle of last year, there was the conflict between the Temiar Orang Asli in Kelantan and people wanting to clear their forests and plant durians there. More recently, some 1,213 ha of forests in the hills of Raub, Pahang are in the process of being cleared to make way for a durian plantation.

We’ll talk more on those cases later, but by now you might be wondering… why durian plantations suddenly growing ar? Well, the main reason could be that…

People from China really like our durians, and they’re willing to pay a lot for them Click the img to read our previous article on Lulian prices! Img from chinaposters.

Last year, we might remember durians, particularly the Musang King variety, as being really expensive. Like, RM90 per kg expensive in some places. We investigated why and talked to a durian plantation owner about it, and you can read about it in more detail through this link. But basically, one of the reasons was people from China were buying so much that there was little left for us, so the prices went up.

Singaporeans also felt the pain. Last year, durians in Singapore hit a max price of SGD40 per kg (about RM120 per kg) due to the limited supply, caused by the wet season and the best fruits going over to China, where the buyers are willing to fork out even more than that. But if you think that price is crazy, prepare to be blown away. A single Musang King was reportedly sold in Beijing for 800 yuan (RM489), while another source said that they were selling for about 1,200 yuan per kilo (RM722) in Shanghai.

A handy comparison. Imgs taken from 11Street and XTRA.

Despite their prices, Chinese consumers have been reported to line up for as long as three hours just to get a taste. China-based research firm Mintel had said that this is due to the Chinese consumer’s tendency to ‘trade up’. Or, as Nicholas Tan, a durian farm broker (hold on to that title for later), had put it,

“It’s the king of fruits. It’s like iPhone in China. It’s so expensive it makes you feel you’re above the rest of people. So they’re okay to pay (top dollars).” – Nicholas Tan, to the Straits Times.

But wait… why the sudden interest in our durians? Well, in 2011, Wen Jiabao (China’s premier then) visited Malaysia and sanctioned the imports of frozen Musang King pulp into China. That year, 40 tonnes were exported, and a mere five years later, imports ballooned up to 368 tonnes. Along with the volume, prices have also went up by 20 times since 2014. And while Malaysia supplies less than 1% of durians to China (99.59% of China’s durians come from Thailand), our durians sell for a lot higher on average (about USD8 per kg, compared to Thailand’s USD1.79 per kilo). Visitors lining up at the durian festival in Nanning, China last year. Img from Straits Times.

So far, things are looking really good for people with Musang King to sell, which is perhaps why… A durian farm for sale at RM600,000. Img from MalaysiaPropertySearch.

After the then agriculture minister Datuk Seri Ahmad Shabery Cheek spoke of efforts to export durians to China, Chinese investors were reported to be very interested in getting their own durian orchards in Malaysia. As of June 2017, they have partnered with locals (Malaysian law requires at least 51% local ownership) and acquired some 121 hectares of orchards.

This caused the price of durian plantations, particularly in ‘good’ durian-planting locations like Raub, Pahang, to have almost doubled. In 2018, a good durian plantation can sell for between RM500,000 to RM600,000 per acre, compared to about RM300,000 per acre in 2017. According to Mr Nicholas Tan from earlier, some of the Chinese investors are doing it as a hobby and as their private durian supply, while others are looking into a serious business venture.  And it’s not just Chinese investors. This 2018 report tells of a group of Singaporeans who bought a durian plantation in Segamat, Johor in 2014 for about RM7.5 million.

NAH, BACA:
Diesel in Malaysia now has more palm oil in it than before. But is it still safe to use?

Hopping on to the durian bandwagon, local farmers and landowners are clearing their land of rubber and palm oil to make space for durians. Durians are increasingly becoming more profitable than both palm oil and rubber, the prices of which had been declining lately. Shabery Cheek had quoted that one hectare of palm oil can only make RM17,500 a year, compared to an expected RM155,250 a year from a hectare of Musang King, which is about nine times more. However, that Musang King price was based on a selling price of RM25 per kilo, so the difference may be much bigger. A durian festival in Penang. Lookat that auntie doin the durians a smooch. Img from RojakDaily.

While that may be a clear case to switch to durians, it’s just calculations on paper. In reality, durians are more temperamental as a crop compared to oil palm, which produces a more uniform product. One durian tree may not bear the same quality of fruit as another despite being only 50 meters apart on the same land, which is perhaps why some places (like Raub, Bentong, Batu Kurau or Penang island) are more famous for their durians than others.

Also, M R Chandran, an oil palm veteran, raised the question of oversupply: prices of durian got high because there’s not enough to go around. If the market is flooded with durians, will it still be expensive?

“Well, everyone is betting on continuous demand from China. But is it economically sustainable if supply increases? The major risk factors I anticipate here is that if everyone jumps on the bandwagon and switches to durians on a large scale, is there sufficient availability of high-yielding hybrid varieties?” – M R Chandran, to the Edge Markets.

However, Chandran did say that durian trees can produce crops for more years than oil palm if properly cared for, and they can be planted on steeper land, where oil palm can’t. So it’s an alternative to replanting old oil palm areas with new ones, but unfortunately, some are doing more than just replanting…

In the frenzy over durian plantations, some communities may get shortchanged A blockade against durian planters and loggers. Img from The Star.

Right at the start of this article, we’ve mentioned some cases of durian planting that are not very wholesome. For the Temiar conflict, it highlights the long-standing issue that we have with recognizing the rights of the Orang Asli to their land, with them usually getting the short end of the stick. As for the land clearing in Raub, some had said that the area is actually a water-catchment area that supplies water to the Raub district, and perhaps the land clearing activities are behind Raub’s recent water problems, said to be due to ‘too much sedimentation‘ in their water treatment plants.

“I have lived here for about 20 years. Before that, we didn’t have much problems with the water supply. But since last year, the supply has been off and on. We would have a day when there’s water, then another two days without supply,” – Yong Wah Yen, a farm manager living in Raub, to the Star.

And it’s not just people being potentially affected. The surrounding area is said to be classified as a Rank 1 Environmentally Sensitive Area, and have also been marked as a confirmed habitat for the critically endangered Malayan tiger, of which there are less than 300 in the wild. Perhaps ironically, clearing forests for more durian plantations may result in less durians as well, according to Sheema Abdul Aziz, the president of Rimba. 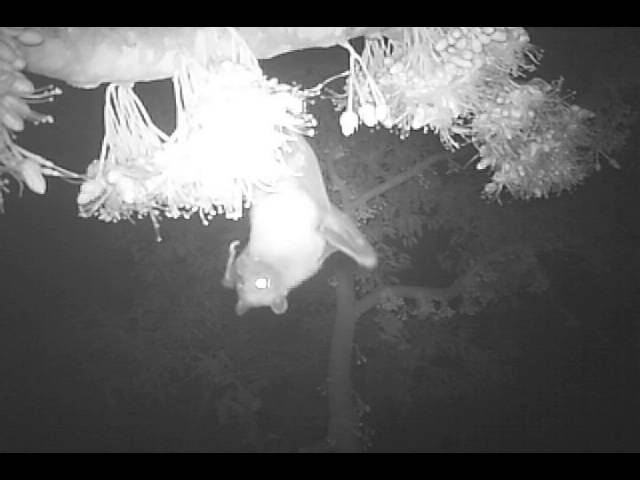 See, for durian flowers to turn into fruit, they need to be pollinated. While it’s possible to manually pollinate flowers on trees that are on the short side, many durian trees in Malaysia depend on certain animals or insects to pollinate them, like the flying fox Pteropus hypomelanus. While these flying foxes are listed as Least Concern (LC) on the global IUCN Red List, locally they are having trouble due to loss of habitat and hunting, sometimes by durian farmers who think that they are harming the fruit.

“It (deforestation) also reduces the numbers of the very pollinators that are necessary for durian fruit production, and which the durian industry therefore heavily relies on for profit.” – Sheema Abdul Aziz, as reported by The Guardian.

But things are being addressed. For the first time in history, the federal government is suing the Kelantan government on behalf of the affected Temiar people in Kelantan, and investigations are being done on the developers of the durian plantation in Raub. Also, the present agriculture ministry Datuk Salahuddin Ayub had insisted that plantations will expand slowly, and they are encouraging growers to use existing orchards and revive unproductive trees, and deforestation for new areas is not encouraged.

After the signing of an agreement with China last year, Malaysia can now export whole fruits there (instead of just pulp like previously), and we planned to start doing that sometime this year. While things are looking up for durian growers in Malaysia, can the same be said for others?