Deforestation is a huge issue in Malaysia, but you already knew that.

Being one of the countries with the fastest disappearing forests, disasters such as mudslides and floods are getting more and more frequent. Therefore, it should be quite a surprise to some when it was announced that we’re planning to sell 5% more timber this year. 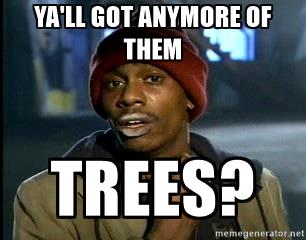 Thing is, Malaysia exports timber to make money, but you also already knew that.

Timber-related products made up 17.9% of the local commodity earnings last year, or 2.78% of our total exports. Which is still a bit too much to be ideal. As has been well established by now, Malaysia’s economy is resource-based, meaning that we rely heavily on our natural resources, particularly oil, to make money.

But why the sudden increase? Are we in dire need of more funds? Well, actually it has less to do with needing more money and more to do with a sudden demand for wood. Our trees produce great quality wood, and somebody wants them. Or rather, some country wants them.

India has their eyes on our wood…

… and we’re more than happy to sell it to them! This is like hitting a jackpot as India is a pretty huge market, being the second most populated country in the world after China.

India needs more lumber to support some of their policies, such as “Make in India“, where local furniture-making businesses are encouraged to churn out home-made products; and “Housing for All by 2022“, where their gomen aims to provide more low-cost housing for the financially challenged. Homelessness in India is a massive issue. Photo from kufarooq3.blogspot.my

But why buy from us? Cos it’s cheaper to ship wood from Malaysia than, say, China or Canada, and Malaysia is really close to India so it would take less time for the wood to get there. 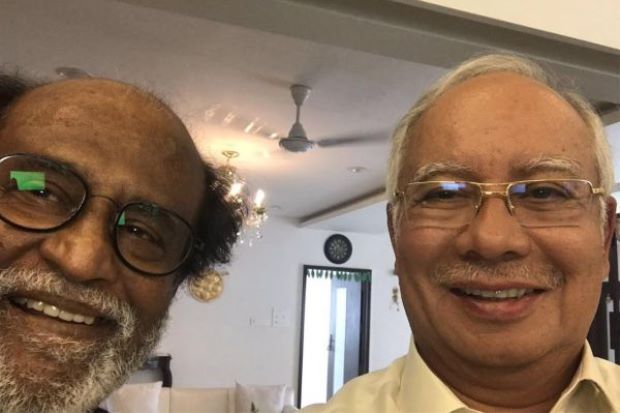 Plus, if Rajnikanth found us worthy of a selfie… Photo by PM Najib taken from thestar.com.my

Good as it is for the economy, this development does raise a few concerns. Do we even have enough forests to cut down? What about conservation? What about global warming? Where will the orang-utans live after this? Should we go vegan? We probably shouldn’t go vegan, as it won’t help matters in this case. A peaceful protest might help, but before you make those tastefully ironic picket signs, you should probably know that…

We actually have an excellent forest management system No, seriously. We do. Source

Forests may be cut down for a number of reasons, but unless it is done by illegal loggers, harvesting timber from our forests isn’t that damaging. The logging process, when done right, takes a lot of planning, surveying and paperwork before trees are felled (“chopped”). In Malaysia, our Forestry Department uses the Selective Management System (SMS). There are three stages to this system, and they are

1. The Pre-Felling (Pre-F) Inventory, where an intensive survey of the area is done. Various species are noted, as well as the terrain and other factors.

2. Setting the Felling Limits, using the data from the first stage. Besides establishing boundaries, what types of trees to cut and to leave alone are determined here.

3. Mark the Trees, to make sure there are no confusion between the management and the loggers.

With guidelines like that, some may assume that there shouldn’t be anything wrong with felling trees for lumber. It’s sustainable, it takes account of the environmental effects and the welfare of the stakeholders. However, as efficient as our systems are on paper, the timber industry has more than its fair share of drama.

The controversy surrounding the former Sarawak Governor Taib Mahmud and the timber trade in Sarawak made international headlines at the time. For those who don’t, it should be known that it was a huge and long-winded drama where 53% of the total land area in Sarawak was approved for logging. It was said to be worth $15 billion at his retirement due to all the licenses the governor gave out to the timber tycoons, some of which are accused of to not only rape the land, but the people living on the land as well.

And earlier this year there was the heartbreaking fight between the Temiar Orang Asli in Kelantan and the Kelantan Forestry Department. That was the incident with the Temiars setting up blockades to prevent some licensed loggers from further destroying their ancestral lands, and the loggers retaliating with displays of gangsterism and arrests by the Forestry Department. The Temiars getting pissed is understandable, and judging by the damage to their ancestral lands it’s clear that the so-called licensed loggers did not follow the proper protocols before going all Leatherface on the trees. To put things right, we can maybe just plant more trees or create forest plantations to offset the negative effects caused by these types of logging. However, it should be known that…

NAH, BACA:
TTDI residents are protesting against a new development, but do they actually have the rights? Technically, since rubber trees can be found in forests, rubber plantations are forest plantations. Source

To those new to the concept, a forest plantation is just like an oil palm or rubber plantation, except that timber trees are planted instead of crop plants. While orang-utans and rafflesias may not be quite as enthusiastic at the thought of just teak trees (up to RM2.4k per cubic meter) as far as the eye can see, some believe that forest plantations can take some of the pressure off from natural forests by filling the demand for timber and slowing down deforestation rates.

However, there are a few things to consider, such as reduced soil productivity. As anyone who’s worked in a plantation knows, the ground is generally kept free of organic matter, so a plantation is generally less efficient at trapping nutrients released from fallen leaves and branches than a natural forest is. Environmentally speaking, a single species plantation not only increases its vulnerability to pests and diseases, but it also can’t support an ecosystem like a natural forest can.

Our forests have something that other countries don’t… While the easiest way to make money from forests is to cut down its trees, selling them, then selling the land under them to plantation companies, this isn’t the smartest option. Trees and land will eventually run out, and soon there will be nothing else to sell. On the other hand, having forests but not making money out of them isn’t very smart, either. There are other things in our forests that we can sell.

Besides having the highest rates of deforestation, Malaysia’s forests are unique in that they are estimated to be even older than the Amazon rain forests, at around 130 million years old. This head start is geographical, as during the Ice Age our location stayed moist and did not freeze up like other places, giving our forests more time to develop unique plants and animals not found elsewhere. Like the Phoebaticus chani, or Chan’s megastick (giggles). Only found naturally in Sabahan forests. Source

This may be the reason why we are one of the 17 countries classified as “mega diverse“, countries with a majority of the Earth’s species and a high number of endemic species, which are species that can only be found naturally at one place in the whole world and nowhere else. Not saying that we should round up these animals and sell them for a profit, but it shouldn’t be too hard to use this advantage to generate income in another way, such as by encouraging international research on the endemic species or creating ecotourism products based on them.

In this day and age, people will pay good money to see something they haven’t seen before. There just needs to be some effort on our part to market that, and people will come from all over the world to experience our forests.

The Malaysian government is well aware of our dwindling resources and are taking steps to having a knowledge-based economy by 2020. A knowledge-based economy has the potential to grow the more you use it to make money, unlike natural resources that will dry out eventually. However, taking into account that the original deadline had been pushed forwards to 2050, for the time being we’ll have to rely on our natural resources a bit longer.