Thailand produces 39,000 tonnes of waste per day, while our other neighbour country Philippines produces 29,000 tonnes per day. Guess how much Malaysia produces?

To solve the problem of trash, we first need to know what it is, and where it’s coming from. So let’s start with the good news.

We gotta start by saying that we produce a lot of sampah lah. The average Malaysian throws away 1.64kgs of waste every day, compared to the worldwide average of 1.2kgs. That’s like… the weight of a really good musang king man, and those are heavy. But surprisingly, the same cannot be said about commercial waste– waste which is produced by companies and businesses. Look look: Similarities of our trashy habits and a growing adolescent: it just keeps getting dirtier and dirtier… Chart from SWCorp

Funnily enough, despite fluctuating here and there, commercial waste has actually gone down. It’s projected to increase in 2020, but even then the increase isn’t as significant as that of household waste, which has never stopped going up. Also, the amount of recycled commercial waste is going down too- meaning that more and more corporations are recycling! But with our household waste steadily increasing, how can this be so?

One reason is that industrial waste is sent directly over to recycling plants, so there isn’t much of a chance that it will be going into the landfills. Also, places like restaurants and hotels usually have a policy to separate waste as they produce a lot of it. For instance, since restaurants use a lot of plastic bottles, they would then just separate it. So more recycling = less waste. Yay!

Meanwhile, household waste has always been on a rise. A study shows that solid waste generation in Malaysia has gone up 91% over the past 10 years, and the main reasons for this are urban development, higher salaries , and just a shift from how we use things as consumers– for example, with online shopping, there’s a lot more packaging that goes to waste.

We know that we have a lot of waste, but what exactly does it consist of? Well, close to half of the stuff that lays around in landfills is food waste, and 20% of all the food waste out there is actually still edible! So sayang 🙁 The second-biggest chunk of rubbish we have is plastic, which is about 13.2% of all our trash. So far all quite predictable right? Well, the third biggest contributor to our landfills, which consists of 12.1%, is actually… 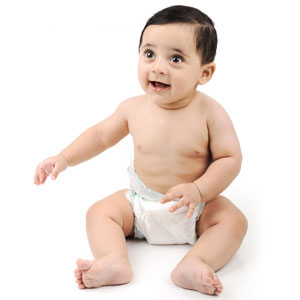 Hint: it’s not the baby #saynotobabydumping Photo from Daily Hover

It’s… DIAPERS! Omg how even?? Well, it’s not just baby diapers we’re talking about, but also menstrual pads and adult diapers– that’s quite a number of groups of people. Some diapers are even thrown out on a commercial scale if they’re defected or just can’t be used anymore. Because some parts of the diaper isn’t biodegradable, and the whole thing is just filled with yuck at the end of the day, it’s a pretty big part of what sits in our landfills.

What’s worse is that diapers aren’t just  smelly, they’re also toxic! Not only does poop contaminate any ground or soil that it gets into contact with, but the materials that make up diapers itself are harmful to the environment– even more toxic than polystyrene! Since the diapers also don’t decompose, it’s likely that the pampers you wore x years ago is still sitting in a landfill somewhere.

Nowadays there are a whole lot of ‘biodegradable’ diapers, but without water and air, those don’t degrade either. For friendlier options, we’re better off using napkins and cloth diapers, or menstrual cups in place of pads and tampons. Although not big in Malaysia, menstrual cups are an eco-friendly alternative to pads and tampons. Photo from The Wire Cutter

3. Our waste is being separated, but not really When there’s separated waste in the neighbourhood, who you gonna call? Photo from Estate123

See these bad bois? These have been around since our primary school days whenever we needed to recycle. Last year, a few states enforced the waste separation law where we had to separate our trash into recyclables and non-recyclables, and if you didn’t do it you’d kena saman somemore. So confirm our problem would decrease at least a bit right?

Well… a year later we checked back only to find out that people were complaining about garbage collectors who weren’t quite separating rubbish, but were throwing everything together instead! We spoke to MBPJ city councillor Sean Oon, who told us that despite our best efforts, waste separation is a team effort, and not everyone wants to play.

I’m like, so offended right now. GIF from Giphy

But why aren’t they doing it? Sean told us that some of these garbage collectors take the separated waste, selling it to earn pocket money. Okla as long as it gets recycled at the end of the day, but it also means if they don’t want then finish la. Also, 59% of Malaysians actually aren’t quite sure how to sort their rubbish out, which makes it harder for the people who have to sort it to recycle it! So it’s really a lot easier to just throw it away. 🙁

If you’re in the category of people who aren’t sure what to do with your crap, here’s a handy dandy guide on how to separate your rubbish!

4. The rubbish going into our landfills is going down too 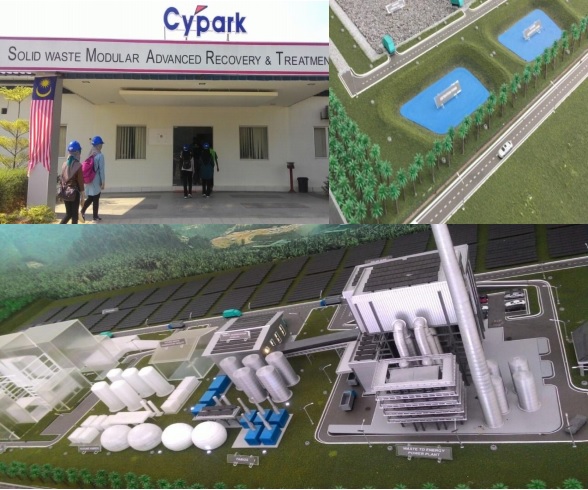 This Waste-to-Energy plant can take in 600 tonnes of waste a day! Photo from Nehap Malaysia

Despite all that, landfills are still the number one choice because the other options are few and far between; not every state has one, nor can it take too much trash. For instance, the incinerator in Langkawi can only take in 100 tonnes of trash a day– and that’s the biggest one we’ve got. (Though a reader from Langkawi pointed out that the incinerator might not be in use, as rubbish was seen piling up in the premise.) And remember, we produce over 40,000 tonnes of rubbish a day! On average, a regular landfill can easily take more than double that amount.

So if landfills are our trash disposal option of choice, then all our sampah should be going there, right? Surprisingly, no wor! Besides the different waste disposal options that we talked about, there are now also sanitary landfill sites. Out of the 161 landfill sites in Malaysia, 14 of them are sanitary.

But… sanitary… landfills? Isn’t that a bit contradictory? Well, a sanitary landfill isn’t necessarily a clean landfill, but a landfill that treats the rubbish before disposing of it so that it doesn’t hurt the land below it, which means that the landfill can have a longer lifespan. The landfill gas is also treated and then used to generate energy! Here’s how a sanitary landfill works! Infographic from The Star

With all these initiatives, it’s no surprise that the amount of trash that goes into landfills has gone down 12.5% over the past ten years. Currently, we’re expected to produce a little over 51,000 tonnes of trash daily -daily!- by 2025, but if this trend keeps happening, we might not have to hit that estimation.

It’s really not that hard to be less sampah

There’s a whole lot of improvement when it comes to how waste is dealt with in Malaysia, but there’s still so much more to be done! Some people still live next to dumpsters, our crappy habits bring a whole lot of insect and rodent problems, and all the rubbish stuck in ours drains (because admit it, it’s one of the more convenient ‘rubbish bins’ around) cause flash floods, and very dirty ones at that.

If we don’t do anything to change what’s happening, our waste production is set to increase 65% in the next three years– and we’ve been running out of space to put our trash for years now!

All this trash talk got us like… GIF from GIPHY

So how la all this sampah? Well, one of the textbook answers would be to recycle, but 59% of Malaysians actually don’t quite know how to go about it. Like we mentioned earlier, only 5% of rubbish is actually recycled, and that’s from the 17.5% recycling rate that we have. Okla quite a lot of people trying to recycle no meh? Well, Singapore is at 59%, and Taiwan’s at 60%, so… ya. In KL, more than half of the recycling bins provided to apartments are under-utilised. So really, recycling is not working out la.

Another way would be for us to just use less. Places like The Hive and BYOB help you save on packaging for stuff like shampoo and cereal by allowing you to bring your own bottles and jars to fill up at their stores. We also wrote about 7 easy-peasy ways you can ease up on the waste that doesn’t involve sifting through your rubbish bins with rubber gloves.

Our waste problem is crappy at best, but with small steps like these, hopefully our waste will stop growing so much.