Okay guys, hands up if you’ve ever been lost in a shopping mall and had to wait somewhere for your parents to come looking for you? Now, try to remember what their faces were like when they found you just before they give you the scolding of your life and telling you to “never do that again”.

The initial look of relief before the scolding is reflective of the greatest fear of any parent: losing their child.

Parents have resorted to many ways to prevent losing their kids over the years, from pinning contact information to shirts to drilling in the location of the information counter at the local shopping mall, to the much-debated “kiddy leash“. And of course, there’s also the unfortunate chance of kidnappings… that a child could be snatched while leaving school or playing around the house compound. If you need an idea on how easy it is to – in a moment of complacency – lose sight of your child, watch this video where a guy gives out lollipops to unattended children:

The Malay Mail Online also ran an exercise of their own, with similar results. Here’s one of the accounts:

“When approached, the boy innocently divulged his personal details to our reporter … However, our attempt to lure him with action figures failed as he ran back to his parents, who had not even realised he was missing for a good five minutes.” – Quoted from The Malay Mail Online

So what’s a parent to do?

Well, recent advances in technology may have provided Malaysian parents with a new option to consider – Here’s something we came across on Facebook a few days ago:

www.bbuzz.com.myGirl calling her father through the Kidfit Phone Watch, it has SOS and GPS Tracker, where parents can track her anytime, anywhere

After doing a bit of research (aka clicking on the link), we found that the watch worn by the little girl is called the KidFit Phone Watch and while it’s not a local invention, it’s apparently the only watch of its kind in Malaysia. We thought it was interesting so we decided to write an article about it  😀

Because this isn’t a sponsored post (really wan!) and we couldn’t sit through the introduction video on the website, we decided to call Buzz Buzz Communication and pretend to be an interested customer to find out more about it. We don’t feel bad for conning them though… the sales rep told us the RM 422 devices have been selling like hotcakes since they were launched last week.

You can keep a digital eye on your kids, and more!

Made by a China-based company called Wherecom, the KidFit pairs with your smartphone so you’ll be able to check on your child’s location as well as receive emergency alerts when necessary.

Requiring a SIM card with data connection, the watch’s in-built GPS and phone functions allow you to

And as an added bonus it looks completely like a child’s watch which is great, for reasons we’ll get into in a bit.

Why can’t I just get my kid a smartphone? So much trouble for wat? Stupid Cilisos! You can. Of course you can get a smartphone for your kid.

But how are you going to allow them to bring it to school? Hah! Game. Set. CILISOS WIN!

Alright alright, to be fair, some schools have allowed their students to bring phones with them but on the condition that the phones are off during school hours. However, this is still on a school-to-school basis and the ones that we hear allow this are international or private schools since the Ministry of Edajimacation’s stand on this is still “NO“.

But even if they DID allow children to bring phones to school, it may not amount to much in the instance of, say, a kidnapping. We can think of at least 5 reasons:

And this is where the appearance of the KidFit is an advantage: It doesn’t look like anything that can track you. Honestly, when we first saw it, we thought it might have been one of those pasar malam cartoon watches. In a good way. Image from craftsvilla.com

Because of how unsophisticated it looks, there’s a very high chance it’ll remain on your kid for you to track his or her location. At least till criminals become savvy to the idea and start removing watches.

And while we don’t know at what age parents would buy smartphones for their children, we figure that a watch would be much more suitable for younger kids as well. While researching this article, we also discovered that child-friendly tracking devices like these are also beginning to be widely used for children with developmental disabilities such as Autism; where they’re likely to wander off alone and be unable to find their way home.

But before you run out to pick one up, please keep the following in mind…

This is NOT a miracle product!

Okay, here’s where we splash a little cold water on all the hype we’ve (hopefully) built up. 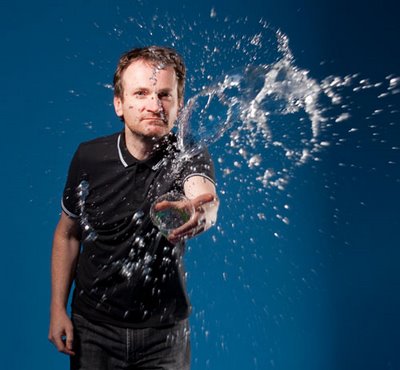 As we’ve just mentioned, this watch will help you track down a lost child for sure but in the event of a crime like a kidnapping, there isn’t a 100% certainty that the criminal(s) wouldn’t know about such a product and take precautions against it.

Also, with children being children, there’s a high likelihood that they’ll show this to their friends leading to a few possible outcomes:

And then there’s the question of personal freedom. While it won’t be a big deal while they’re young, your older kids may not appreciate the fact that they’re wearing what is essentially a device that’ll essentially allow you to spy on them. On that note, there’s also the concern that devices such as these might make parents even MORE complacent, where it would be tempting to think that you could leave your child alone for just a few minutes because you’ll be able to find them with your phone.

Of course it may just be us being technophobes, but what do you guys think? Would you buy a tracking device for your children?

P/S: No, we weren’t paid to write this post.

Share this article:
NAH, BACA:
7 times these Malaysians trolled back the people who tried to scam them