Call of Duty. Halo. Captain America. Starship Troopers. These works of art have given us an insight into what the future of warfare might look like. From genetic modifications to mechanical augmentations, the possibilities are endless when envisioning what a soldier would look like in the years to come. An exhibition of a Russian military exoskeleton. Is the future already a reality? Image from: Forbes/Marina Lystseva/TASS

And it’s not just the international superpowers who are heading in that direction too; even smaller countries like Malaysia and Singapore have integrated a future soldier program to prime their armies for evolving environments of war. Why? Well, in the words of our then-Defense Minister Mat Sabu:

So what is Malaysia’s future soldier program, and how prepared are we for… Advanced Warfare? 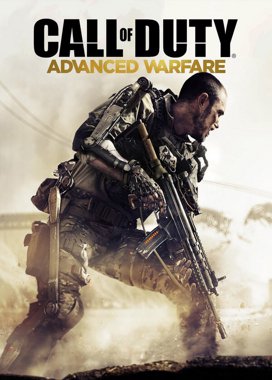 Developed by Sapura Thales Electronics (STE), a joint venture of Sapura (yes, that Sapura) and French multinational company Thales, the FSS is meant to be a ‘fully integrated infantryman combat system’, covering most aspects of a modern soldier’s loadout, such as Personal Protection Equipment (PPE; such as Oakley goggles, kevlar helmets, and vests) and Special Operations Preferred Modification rifle attachments (SOPMOD;  including suppressors/silencers and ACOG sights). FSS was introduced as a part of the Malaysian Army’s Network Centric Operations (NCO) program, which would allow greater synergy and coordination over long distances. According to STE, every single soldier would ‘act as a sensor’, relaying crucial information on the battlefield back to command. STE’s Personal Radio System, as advertised on their website. Image from: STE

There’s obviously more than just these, but we won’t get too technical for brevity’s sake, so if you want to see more details, see here, here, and here. Altogether, these make up the Malaysian Army Future Soldier Combat Uniform (MAFSCU) Mk II, which, as of 2017, is currently used by the FSS experimental platoons of the 12th Royal Malay Regiment (Mechanised) and 4th Mechanised Brigade. But it doesn’t seem like the path to the future is all smooth sailing though, as…

As fancy as all of this looks, the fact remains that the FSS/NCO program was initially issued without formal schedules or final requirements by the Army, and encountered several roadblocks in its development, most notably in 2016, when the government failed to continue funding for Phase 1B of the NCO project (Phase 1A, costing some RM2 billion, was completed in 2015 and is currently in operation). The entire NCO program was meant to run from 2011-2035, divided into 5 phases: 1A, 1B, 2, 3, and 4.

And while Phase 1B was slated to be implemented in 2017-2023, it was halted as it had failed to find a bidder in 2019. It was later picked up by local IT company OpenApps Sdn Bhd. From there, the ensuing pandemic did not appear to hamper progress, and work on Phase 1B (1) was said to be ‘going smoothly’, according to OpenApps Managing Director Dato’ Abdul Hamid Sheikh, who is also Independent Executive Director of Ekuiti Nasional Berhad (EKUINAS). If this is true, then Phase 1B will see the introduction of a tactical data link for the RMAF’s McDonnell Douglas F/A-18D Hornet fleet, and later the Sukhoi Su-30MKM as well, which sounds pretty cool indeed (those are fighter jets, btw).

But with that being said…

Malaysia’s military may still not be ready for global war

While we indeed have one of the most competent militaries in the world, it does seem as though we’re struggling somewhat to meet the demands of modern warfare. Despite the previous PH government releasing Malaysia’s first ever defense white paper (a 10-year policy plan for defense and national security), critics have labeled it as ‘not enough’, especially in the face of potential aggressive action from China:

“The white paper does not show an approach that can strengthen our defense. Our territories are being encroached (on) by outsiders, but there are still no actions from the Malaysian side. These are our territories, these sandbanks, but the waters are patrolled by China.” – BN MP Shahidan Kassim, 2019

That quote was said in 2019. Fast forward to 2022, and Shahidan’s prophecy is scarily turning out to be true, as China creeps closer and closer to Borneo. Big Brother is knocking. Image from: VCG/VCG via Getty Images

Although Malaysia’s military spending has picked up over the last few years, it’s not clear if Malaysia will even be equipped for such a threat, or even how we will respond even if we are. But for the time being, overall relations with the rest of the world seem to be doing ok, and that’s probably for the best.

Share this article:
NAH, BACA:
PJ woman got a strange bag of unlabeled seeds. And it's part of a worldwide mystery