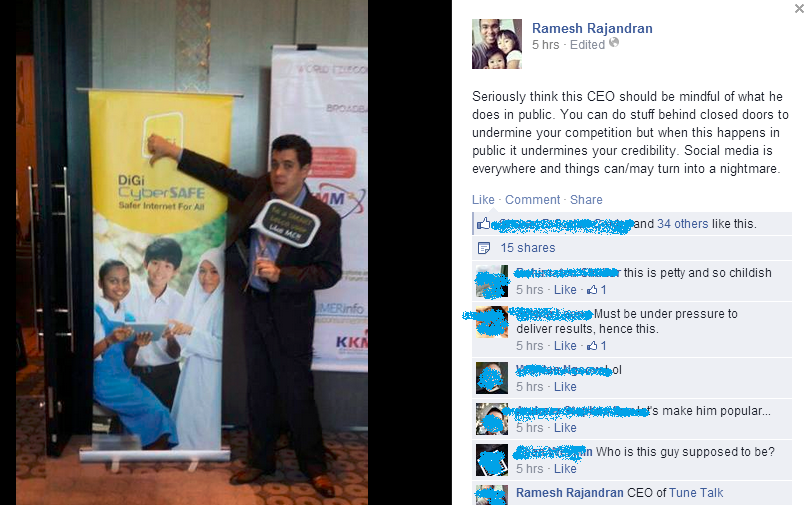 Uh Oh…this looks like it could get ugly. TuneTalk CEO, Jason Lo, was recently spotted by Ramesh Rajendran, an Associate at DiGi, giving a thumbs down to a DiGi banner. The DiGi banner in question is the CyberSafe programme, which helps shield kids from the evils of the Internet. You can find out more here.

So why is Jason Lo showing a thumbs-down to it? It isn’t the first time he’s had a bad run with social media. Well, some might say

4. He’s just having a bit of fun and didn’t expect it to end up on social media.

5. He’s having a bit of fun and doesn’t care if it ends up on social media

FYI we hypocritically voted on Option 3. 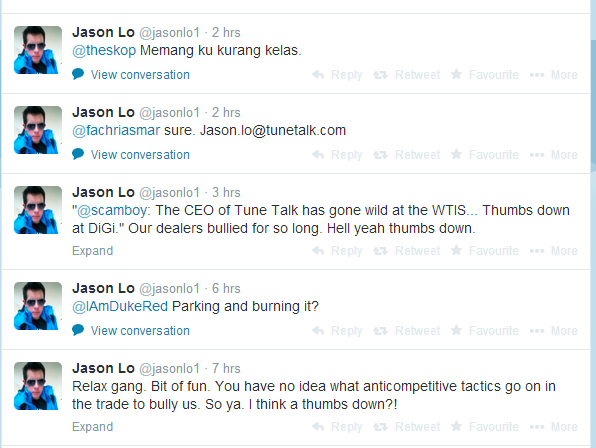 Disclosure: This site is owned by the same guys that own NagaDDB which services DiGi and the writer’s sister works for Marketing at Maxis. Neither was consulted before this story was published.

Share this article:
NAH, BACA:
Malaysians were angry at the RM50 salary increase, but they might be forgetting something...