When corals die, marine life goes with it. That includes the poor, little turtles at Similajau Marine Park, Sarawak. Similajau… Si-mi-la-jau… NOT the other one (we know what you’re thinking!).

For years, turtles have been caught in trawling nets and don’t make it to shore to lay eggs. They also die. That is why, kids, trawling is very, very, very bad for the ocean! After their population declined by 90%, people have had up to here *motioning above head*.

One clever idea from marine biologist, James Anak Bali could keep the trawl boats away for good. Say hello to the Biodiversity, Environment and Conservation (BEACON) project! First, what are these balls? 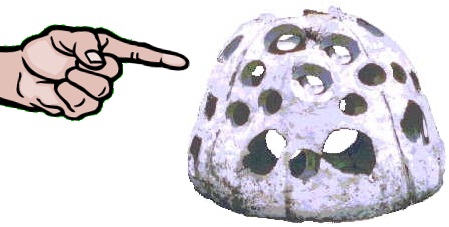 The stuff of trypophobic nightmares. Image from Reef Ball Foundation. Click to learn more about them.

The first thing that came to our minds was… kaya balls. 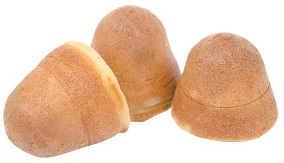 Made from cement with rough, sharp edges and weighing 2 tonnes each, the balls work 2 ways:

So far the BEACON Project team have deposited 500 of these to get the ball rolling. James said that soon they will drop another 500. Altogether they have 1,500 reef balls to deposit under the sea. Petronas came in to help with the project and invested RM4.6 million in it. Way to go, CSR!

One man’s idea to bring life back into the ocean 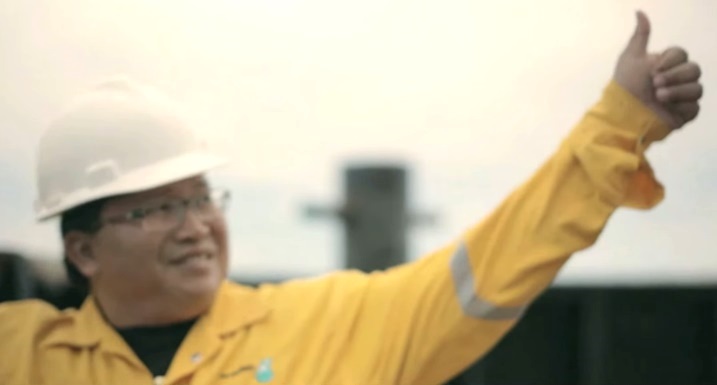 Thumbs up, bro! This is James Anak Bali. Screen cap from YouTube.

“I was 20 the first time I dived. I still remember how the beauty of the underwater world amazed me. That’s the reason I became a marine biologist.” – James Anak Bali, Beacon Project, Petronas

James is a bleeding heart for marine life. In an interview with Michael Switow from Gaia Discovery, we read about how he discovered reef balls.

“First, we did a few studies to identify the areas where turtles liked to rest during their inter-nesting period. Once we located these spots, we conducted sea patrols, but these were not successful, because the fishermen would flee as soon as they saw us. So if patrolling didn’t work, what else could we do?” said James.

Then on the Internet he came across them. He said that no one had used reef balls to save turtles before, but it gave him an idea!

“We placed clusters of the reef balls in areas where sea turtles like to swim and rest. If a trawler drags its net here, the net becomes entangled and cut by the reef balls. The trawlers end up losing about RM3,000-RM4,000 each time. So the commercial boats stay away and we no longer need to do any enforcement.”

Watching this video got us psyched up over the project. We’re happy for Similajau, the local fishermen are happy, what about the undersea creatures? Who are Malaysia’s other coral superheroes?

The Nature Conservancy said, ‘you don’t have to be a scientist to have a positive impact on coral reefs’. Soooo easy we can do it like *snaps fingers* that. Stuff like disposing rubbish properly and not into the sea, dive and snorkel responsibly, join a coral reef clean-up, etc. Basically don’t be a China tourist when you go to the beach. Besides, didn’t you guys get this intense inexplicable urge to protect corals after watching Finding Nemo or is it just us?

So selain Petronas, who are the other eco-warriors who protect our marine life? There are reef-friendly businesses (which could use our support). Who are they? One is The Andaman. The luxury resort has a coral reef bed that’s estimated to be between 6,000 to 8,000 years old! To protect their treasure, the resort organises reef walking, coral clearing, transplanting and feeding activities for guests.

The Andaman’s coral clearing activity. Image from The Andaman.

Even KPMG – yes KPMG, one of the Big Four audit firms – has its own coral reef conservation programme. Collaborating with Reef Check Malaysia, they’ve been training volunteers for underwater reef surveys every year around Tioman Island. So ons!

Let’s see, who else are coral reef lovers… Berjaya! The company contributed to a project that used electricity current to help corals grow 6 times faster than normal. Whoa electricity in water? How is there no freak electrocution? Freakin’ SCIENCEEEEE!

Since 2015’s coming up, so why not make coral conservation your new resolution or put it into your bucket list? Do not destroy my home. That’s all I ask of you. Capisce? Image from Pixar Planet.

So coral this, coral that… has Petronas done anything else to help the environment? Got! You didn’t think we’d not think of that did you?

NAH, BACA:
Malaysia is using cloud seeding to beat the haze... But how much does it cost?

Considering the oil & gas industry is in the Top 20 for global warming potential, you might have some kind of perception of Petronas being Captain Planet’s No. 1 enemy. So O&G companies are real quick in pushing their environmental CSR, yaknow, must jaga imej sikit… which is totally fine because these guys are doing something amarait? One, that all of us probably recognise the best and even teared along too are their sob-worthy ads. Some of their other green projects are the Imbak Canyon Conservation Area, ekoBako and bioremediation of water.

And though we dug around we couldn’t find any serious dirt on Petronas ruining the environment – no oil spills or stuff like that. In fact, Petronas’ big thing is sustainability. Read about it here. The company has been mentioned in a book. In the Mineral, Mining Sector Investment and Business Guide, it was called a company that ‘retains its supervisory powers over all oil and gas ventures, particularly on issues of health and safety and environmental control’. Exact words! Sounds like people trust them to be an environmentally responsible company.

But back to the corals. Why should you guys care about what happens to them at all? It’s not your home, what.

Ya it is! Southeast Asian coral reefs are awesome coz it has the highest levels of biodiversity, but sadly 50% of them are at high and very high levels of threat. How come? Aw snap because of destructive fishing methods… like bottom trawling and other destructive human activity. If we don’t stop coral killing, there’ll be no more of these sights when you go diving! Image from Liz Rogers from Flickr.

In Malaysian and Indonesian waters, over 85% are threatened. OMG. Number. So. High! What would happen to us if the corals all died? Bad, bad things. Hunger, poverty and political instability among them! OMG. Don’t people care about our corals? Actually, we do. There are many organisations who fight to protect Nemo’s home like Reef Check Malaysia and Yayasan Coral Malaysia.

Island Getaways gives a very detailed 101 on how not to ruin the corals when you go diving – actually in and out of the water. But don’t worry it’s not boring, so go read it. One example: Don’t touch-touch the marine life. Just follow this mantra, ‘once broken, considered… gone case’. Don’t terrorise the poor fishes, like using your pointer to poke them (we knew a case where a China tourist did this once). Also, there are NO free gifts under the sea so please don’t take what doesn’t belong to you. Please. Thank you.

We really can make a difference, guys. Believe it, as tacky as that line may sound. And marine life will be totally grateful to us all for it! See, they’re already dancing for joy.