So get this, Hollywood is going to film a movie about Malaysia soon. What better way to get in the mood to celebrate Malaysia Day this Friday (16 Sep) than to hear that Hollywood has taken an interest in our lil’ old country. with Can you guess what it’s about? You might probably think it’s going to be something like this… Like this, but heavily censored, of couse! Original image from fontsinuse.com

…coz it’s such a big issue, plus it makes a perfect movie plot, right? But NO, it’s a movie about the White Rajah.

From what has been reported, filmmakers had been in talks with Malaysian authorities to film this biopic since 2013, and they plan to start shooting ‘The White Rajah’ in 2017. In fact, they were recently in Kuching to sign the agreement last week (9 Sep).

Wait, the White who? The White Rajah refers to Sir James Brooke of Sarawak. But who is this guy and why are they making a movie about him? When we say we ‘hate’, its because in school Malaysian students were taught that he was a jerk. James Brooke was born in India in 1803. At 16 years old, he entered the East India Company, so he was a military man. In 1833, he inherited £30,000, which he used to buy a 142-ton ship and set sail for Borneo in 1838. Arriving in Kuching, he found the indigenous people embroiled in a violent rebellion against the Sultan of Brunei (who was in control of the territory – or rather not so in control, in this case).

The Sultan offered James governorship of Sarawak in return for his help in crushing the rebellion, on top of the problem of piracy. This, he did, and claimed Sarawak as his family’s private kingdom in 1841. He was in effect like a ‘king’, coz Sarawak received independent kingdom status under the official protection of England, and the dynastic monarchy continued through male descendants (subsequent rulers were also called White Rajahs). James Brooke negotiating with the Sultan of Brunei. Image from Wikipedia

After James’ death, the line was passed on through his nephew Charles Brooke (in 1865) and finally Charles Vyner Brooke (in 1946). Sarawak was ruled by the Brooke family until the Japanese occupation from 1942-1945. At last, the rule of White Rajahs ended in 1946 when Charles Vyner ceded his rights to the UK.

As for James Brooke’s legacy, he was known as someone who loved the beauty, people and culture of Sarawak. BUT upon returning to England, he was also accused of unreasonable cruelty to the native population. He was alleged to have used excessive force against the natives under the guise of anti-piracy operations, however, the charges were dropped. Depiction of James Brooke’s perahu being attacked by Illanun pirates. Image from Wikipedia

Back in those days, the British Parliament passed an Act where people could collect rewards for driving out, capturing, or killing pirates. Many people did collect on these rewards and James Brooke himself bagged £30,000 (at the time, the whole of Sarawak’s revenue could only reach £3,000-4,000, so he really earned a lot of money catching pirates).

Sounds like the setup for a scam? Naval officers themselves were allowed to do the headcount, and worse than that, it was up to them to say WHO was a pirate. ‘Pirates’ often turned out to be local enemies of the White Rajah!! It prompted politicians in Parliament to question if the ‘pirates’ were not just members of native tribes that James oppressed!

Don’t get us wrong, there were a lot of pirates in Malaysia at the time. The Illanun pirates had a very fearsome rep (prolly scarier than today’s Somali pirates). Heck, James Brooke’s name had become synonymous as like a ‘pirate terminator’, that an author in 1883 wrote fiction books about a Bornean pirate named Sandokan (sounds like Sandakan, anyone?) and his arch nemesis is none other than….James Brooke! Several movies about Sandokan have been made. Image from IMDB

Whewww, so Hollywood wants to make a movie about THIS guy?? We can’t help wondering how they’re gonna portray the pirate terminator.

Will it portray him as a heroic adventurer? An evil Rajah? Or misunderstood guy? Well, movie producers have decided to make it a ‘romantic, swashbuckling adventure’, the likes of Hollywood action epics like Braveheart, Gladiator, and Last of the Mohicans.

“The real-life inspiration for Kipling’s ‘The Man Who Would Be King’ and Conrad’s ‘Lord Jim’, Brooke’s story is the ultimate escape adventure. A lifelong quest for love and honour, as a restless, charismatic wanderer battles pirate fleets to discover heaven on earth in Sarawak.” – Rob Allyn, film producer, quoted in New Sarawak Tribune

The movie will be shot in Sarawak, at an estimated budget of US$15 mil (RM48 mil). Rob Allyn the film producer (and Chairman and CEO of Margate House Films) said it was a dream for any filmmaker to shoot in the country where the story really took place, and he added that Sarawak has it all – beautiful beaches, jungles, rivers, wildlife and so on.

Also, they’re planning to build a full-scale replica of Royalist (James’ ship which he used to sail to Sarawak). After completing the film, Royalist would remain in Kuching to boost the state as a tourism site as Lord of the Rings had done for New Zealand! A model of Royalist created by Brooke Trust. Image from brooketrust.org

Somehow the movie’s cursed! It was supposed to be filmed 80 years ago, but never got done 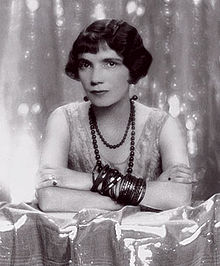 Here’s the story…or rather the history of ‘The White Rajah’. First written in the 1930s, during the early stages of talking and colour films, it was intended to be a big-budget Hollywood extravaganzas. Hollywood actor Errol Flynn wanted to try his hand at screenwriting ‘The White Rajah’ and star in the film himself.

Warner Brothers bought the rights to the film and it should have been a relatively easy project from there, if it hadn’t been for the campur tangan of Lady Sylvia Brooke, wife of Charles Vyner and Rani (queen) of Sarawak. Sylvia insisted on being made technical adviser, while on some occasions she reportedly threatened lawsuits. Warner Brothers agreed to her requests and tried to buy the rights to EVERY biography of the White Rajah, including one that was written by Sylvia herself.

Then, she protested having an onscreen love interest, because according to her own biography of her Great-Uncle, the real James Brooke was unable to reproduce, since he had been shot in the family jewels during his early military career. Also, Charles Vyner hated Errol Flynn’s mustache:

“I saw Errol Flynn in ‘Captain Blood,’ in which he flashed a look-at-my-teeth type of smile too often for my liking. And his mustache upsets me. It is so artificial.” – Charles Vyner Brooke, the last White Rajah, quoted on The China Press (17 May 1937) Errol Flynn in ‘Captain Blood’ (right), and with his trademark mustache (left). Image from doctormacro.com

By 1941, Warner Brothers began to realise the film was more trouble than it’s worth. When they gave up on it, they had already spent 30 years and so much money trying to make it happen. People tried to revive the project in 1958 all the way up to 1963, but Sylvia threatened to sue them AGAIN. Finally in 1968, Warner Brothers sold off the rights to United States productions.

And now here we are today, trying to finish The White Rajah. Well, Errol Flynn and his mustache aren’t around any more to pose a hindrance, but in the meantime, Rob Allyn still hasn’t decided on an actor – though he hinted that they’ve shortlisted eight British-Australian Hollywood.

Whoever it is, we’re sure it should be less of a problem for the actor to get the role, because the new technical adviser, Jason Brooke (their descendant) seems to be a lot more supportive of the movie. Besides, neither Charles Vyner nor Lady Sylvia are around to hate on anyone’s facial hairs or threaten lawsuits.