UPDATE: All crew members of the Orkim Harmony were rescued, but the 8 hijackers managed to escape.

Before we go any further, CILISOS wants to know….

We haven’t seen the results of this poll, but we’re guessing most of ugaiz clicked DVD seller. But interestingly, even if you searched ‘Malaysian pirates’ on Google, you don’t get pirated DVD seller results. And actually, no, this article is not about them. They give real pirates like Cap’n Hook a bad reputation Photo of the lost Orkim Harmony. Image from ReCAAP’s report

Anyways, with news from the high seas last week about a Malaysian oil tanker named Orkim Harmony gone missing, along with 6,000 metric tonnes of RON95 petrol and its crew of 22 – and then found on 18 June, repainted and renamed Kim Harmon (meanwhile, there’s no news of how the crew’s doing yet), we thought it would be interesting to find out more about pirates in Malaysia.

How do we know for sure this disappearance was the work of pirates? No. 1 – the Bermuda Triangle is nowhere Tanjung Sedili on the South China Sea where it was last spotted, and No. 2 – just a couple of days before that, its sister tanker Orkim Victory was in fact attacked by pirates.

So after a bit of research, we discovered some pretty fascinating stuff we didn’t know about pirates in Malaysia: Image from Heather Jones on TIME

Ha! Bet you didn’t know that. But it’s true, our waters are considered the most dangerous in the world by the United Nations, along with Indonesia and Singapore – particularly along the Straits of Malacca and Singapore. Since the start of 2015, 80 pirate attacks have been reported, and the majority of attacks happen along these straits.

To do that, Southeast Asian pirates had to beat the Somali pirates‘ record. And that probably says a lot, considering at one time, the very mention of Somali pirates shivered everyone’s timbers. Our own Malaysian Armed Forces even had a run in with Somali pirates once. (Thankfully our side won.) Although, do you think it was that high of a bar for SEA pirates to achieve, if Britney Spears’ music can scare off Somali pirates? (We’re not kidding – read about it here.) To steer clear of pirates, you can avoid other dangerous waters on this NBC News countdown.

But the thing about the Straits of Malacca and Singapore is, more than 120,000 ships sail through every year, making up a third of the world’s marine commerce. As the sea’s superhighway, how on earth do pirates not get caught? Rather than making it harder, the crowded choke point makes it easier for pirates to BLEND in.

“Ships pass by and see 2 vessels together transferring cargo, that’s not uncommon at sea. And on radar, it just looks like 2 little blips. Those could be fishing boats.” – Pottengal Mukundan, Director, International Maritime Bureau (IMB) 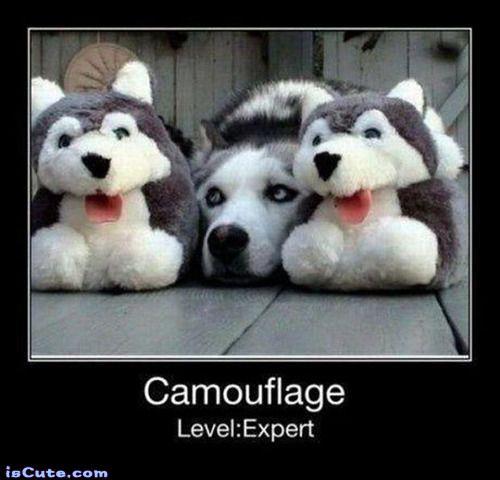 It’s easy to have misconceptions about pirates since they are the stuff of movie plots. Probably the main reason why we identify guys like Captain Hook, Captain Kidd, and Jack Sparrow as having the ‘pirate look’ is because the Golden Age of piracy spanned 1650s to 1730s, and the big tricorne hat that was the fashion of the time. Today’s pirates may look like ordinary nelayan in t-shirt and cap….or shirtless….whatever floats their boat. All the better to blend in with!

Still, the use of old fashioned sharp weapons have not completely phased out, especially parangs. In most of the cases this year, the pirates weren’t even armed! 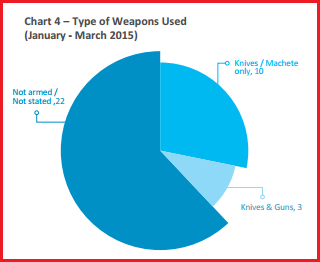 Plus, the pirates in the Straits of Malacca and Singapore have a different M.O. from that of Somali pirates (who are almost out of business in this day and age). They steal, rather than kidnap and ransom seafarers. In fact they rarely, if ever, take hostages.

“If Somali pirates act like muggers, attacking isolated targets out of sight of the authorities, south Asia’s pirates act more like pickpockets, using the crowd itself as cover.” – Ted Kemp, CNBC

3. Your chances of surviving a pirate attack are quite high Sure, they are parang wielding, gun toting, scary looking flers, but pirates in the SEA region won’t use violence IF they don’t see the need. “These attacks last about 30-40 minutes and the pirates are gone. Violence is used only if there is resistance to the boarding. At the other end of the scale, you have the very sophisticated attacks conducted by organised crime groups. The people who come on board are well armed with automatic weapons. They’re quite prepared to kill crew members,” said Pottengal Mukundan, Director of the International Maritime Bureau in a documentary on YouTube. 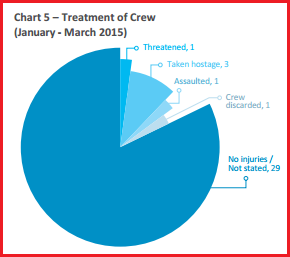 From time to time, there are moments of movie scene confrontations with high chances of violence. Once, Captain David Watkins (who works for Swire Group’s China Navigation unit) was awakened by a crewmate in the dead of night, CNBC reported. The crewmate told him that 9 pirates armed with ropes, grappling hooks and machetes were swarming up the ship stern. His 19-man crew armed itself with crowbars on deck and got ready for hand-to-hand combat.

“Nobody went to sleep that night. No one wants to get into the conflict, I have to admit. Sometimes there’s this bravado about attacking pirates. But when push comes to shove, all you want to do is constrain them or subdue them.” – Captain David Watkins, CNBC

In the end, 2 pirates drowned as they tried to escape from the larger crew.

4. Piracy is an organised crime In other words, sea mafias. Screengrab from Pirates of the Caribbean 3

And by organised we don’t mean gold disc, purple disc.

Don’t let their selekeh looks fool you into thinking they are the rednecks of the sea. Pirates are smart! They do their research before robbing a ship – like what the ship’s carrying, exactly where it is at what time, details about the crew, how tight security is, etc. And often, they’re not small-fry gangs like the Somali pirates. Instead, they’re highly organised criminal enterprises. Mafias of the sea!

Pirates in the Straits will target small cargo ships and oil tankers. Ehh, oil siphoning is a sophisticated job ok, some pirates have industry experience and contacts to sell the oil to. It’s difficult to trace on the black market because stolen oil is mixed with legally obtained oil at sea. They go back to vessels known as mother ships to do the transfer. The mixed oil is then resold to buyers don’t know it is stolen booty. This process is known as ‘bunkering’.

“When you siphon liquids, a ship’s engineer has to know what they’re doing. They aren’t posting this on eBay or Craigslist.” – Michael Frodl, Maritime Security Expert, C-LEVEL Maritime Risks on TIME A pirate hangout. Photo from John Stanmeyer on National Geographic

Peter Gwin wrote a report on National Geographic about pirate life and he had some pretty interesting moments, such as visiting a dodgy pirate hangout on Batam Island. Peter also posted up his field notes which show us the whacky side of pirate life:

Sorry for deviating. Now back to pirates being smart… where do they get their intel? According to Nicholas Teo, Deputy Director of the Information Sharing Center of the Regional Cooperation Agreement on Combating Piracy and Armed Robbery Against Ships in Asia (short for ‘ISC ReCAAP‘… gosh that was a mouthful), from corrupt crew or their family members, port workers, and even government and military sources.

We can cite one example from TIME, where a Thai-owned vessel Orapin 4 was hijacked by pirates, who stole all the fuel they were transporting. None of the perpetrators have been caught. “In order to move that much fuel that quickly, the captain and likely the chief engineer are involved,” explained Karsten von Hoesslin, a Special-projects Manager for Risk Intelligence. So could there have been corruption on the part of the captain or his crew? Officially at least, the answer is no. They were cleared of suspicion after investigations.

It’s considered the world’s oldest international crime. Older than the first Pirates of the Caribbean movie… older than Blackbeard… it is generally assumed to be as old as when people first used the sea for commerce. Pirate activity around the Strait of Malacca dated back to at least the 1400s. The Bugis, Orang Laut and Iranun were infamous as pirates who also worked the same turf.

Those days, pirates usually used light craft to plunder gold, gems, gunpowder, opium and even slaves from passing ships. According to National Geographic, they used slaves to build powerful sultanates to rule the Malaysian coastlines. There are even some horror stories people documented from the past. A British Captain James Ross was captured by the lanuns (BM for ‘pirate’) coz they believed he had silver coins on his ship. The lanuns tied his young son to an anchor and drowned him. Ugh! Dude must’ve been pissed… But then they cut.off.James’.fingers.joint.by.joint. 😯

Anyways, their reputation must have been influential enough that an author wrote books in 1883 about a Bornean pirate called Sandokan. That was what they based The Pirates of Malaysia movie on. Sandokan is known throughout the South China Sea as The Tiger of Malaysia – not to be confused with Tiger of Malaya the Japanese Occupation guy Yamashita (eleh Yamashita steal Sandokan’s thunder). And Sandokan’s greatest enemy is the dude we all remember from our Sejarah textbooks – James Brooke, Rajah of Sarawak. Fiction aside, we also have a book about real life Malaysian ‘Prince of Pirates’ Temenggong Ibrahim.

So how do we fight pirates and piracy? By never growing up! We kid. Image from fanpop

Despite the romanticising and glamorising, piracy is bad, bad, BAD. But fighting piracy is not as simple as feeding them to a hungry crocodile or getting them constantly drunk on rum. The short answer is, it’s practically impossible to fight piracy. Here’s why:

“If there is any bottom line in the fight against piracy, it is always resources. The policeman has to be in the right place at the right time.” – Nicholas Teo

So really, the key is for countries around the region – Malaysia, Singapore and Indonesia – to WORK TOGETHER to fight pirates on many levels. Whether chasing them at sea, exposing corruption, or cracking down on the nucleus of organised crime (i.e. all the shadowy Mr. Wongs out there). Until we can achieve that, just sit tight and hope they don’t bring out the parangs.