Roughly 80% of our readers read us on mobile – heck you may be reading this on your phone right now. Having phones also means having a battery in it that you need to charge of course, and luckily for us here in the Cilisos office, we’ve just been to what was perhaps the coolest launch event for…. a phone charger.

Okay that did sound a little disappointing, so let us rephrase – A wireless phone charger that is so cool, even the Minister of Science, Technology, and Innovation himself Khairy Jamaluddin was there to officiate the event:

But like, what’s so cool about it that Abah KJ had to officiate it?

The Malaysia Energy Transmission Technology, known as METT, is Malaysia’s first homegrown wireless mobile phone charger. By using radio frequency waves – at the same 2.4Ghz frequency of WiFi – METT is able to charge your device over a range of roughly 3 to 10 meters. b) …and the receiver. Two versions of the receiver attachment; Gen 1 at the back and Gen 2 in front. Yes, you suction cup it to the back of your phone. The transmitter is essentially like your internet router, projecting out radiowaves that will be captured by the receiver on your phone. The receiver would then convert the radiowaves into electrical power for your phone. Currently, there isn’t a phone with the receiver embedded in it, but there are plans for smartphone manufacturers to incorporate it in the future. In the meantime tho, the plan is that you can get the dongle receiver pictured above, which you attach to your phone.

Speaking to Dr Benedict Foo, the Managing Director of Enhance Track, we found out that METT is now six years in the making, with around RM3 million having been spent on METT. Power-wise, METT charges your phone at the standard 5V for now – the same as a regular wired charger. As for the transmitter, Enhance have so far tested up to five phones being charged by just one transmitter, and down the road the transmitter itself could be part of your WiFi router. Your office could have one transmitter and you and your colleagues never have to ask each other for a cable ever again! 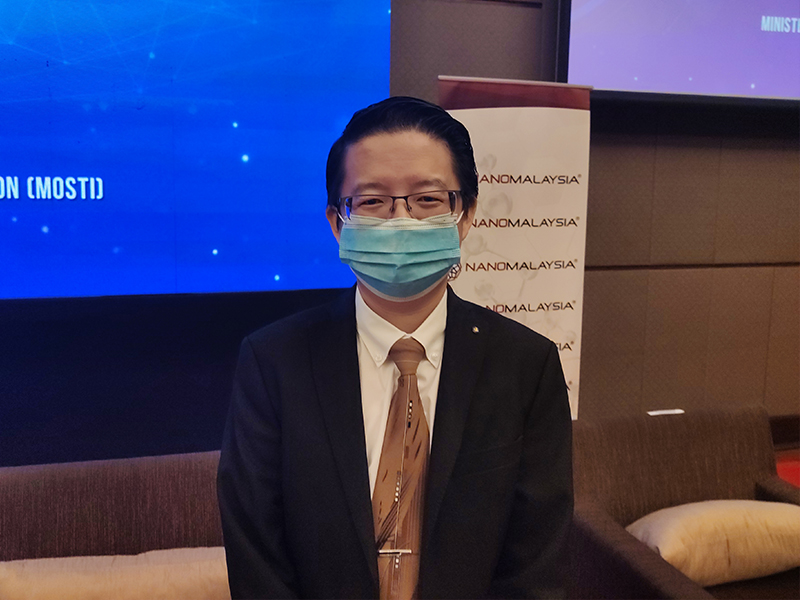 Dr Benedict of Enhance Track Sdn Bhd. Don’t worry this writer took this pic from a meter away.

Now some of you more ‘geeky’ readers may be wondering: hasn’t WiFI charging been a thing for years now?

See, before METT came about, charging thru WiFi was already possible, but only for super low power devices. There was also concerns that it would interfere with our internet connections. But according to Dr Ben and Dr Rezal of NanoMalaysia…

“Indeed, former technology did face some limitations. Hence, we incorporated the elements of advanced nanotechnology, architectural designs and power electronics into METT, which was not possible previously.” – Dr Benedict Foo, Managing Director of Enhance Track, from a question posed by Cilisos

Compared to current wireless charging solutions, this could be a gamechanger

Now we’re not tech journos in any way, but we can still give y’all a quick rundown on current wireless charging solutions and how they differ from METT. So why not we start with the most common one out there right now: Qi wireless charging. 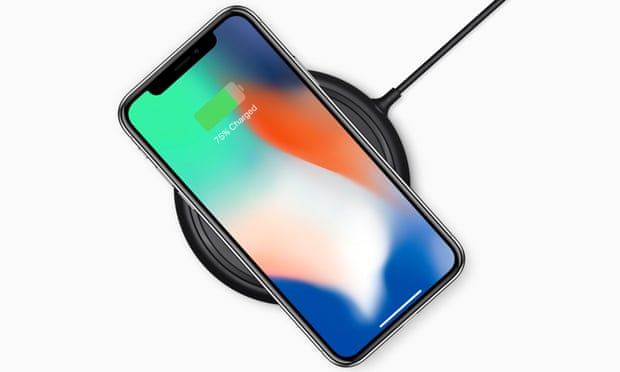 We prefer to call the charging pad a ‘Qi Spot’. Image from Guardian

First off, it’s probably a good idea to clarify that ‘Qi’ – derived from the Chinese term ‘chi’ – is one of a few types of ‘inductive charging’. This is what you’ll get on your atas Androids and iPhones. Qi works thru the transfer of energy from the charging pad to a receiver in your phone; this process is called electromagnetic induction. The charger creates an electromagnetic field, which is picked up by the receiver on your phone, which in turn converts it back into electricity. Yay, no more wires… amirite?

Now if you’ve ever used it, you’ll probably see a fundamental problem in the wireless-ness of it all; sure, it’s technically not wired charging, but move it more than 4cm off the pad and it won’t be charging anymore. As such, it’s probably not the best apples-to-apples comparison to METT charging. So why not we actually do compare METT to something that is more ‘wireless’ than Qi? “Infared charging, particularly Wi-Charge requires line of sight transmission for optimum charging performance… On the other hand, METT captures radio frequency waves much like a radio receiver but converts it to useful electric current for charging at a distance of 3m.

METT’s technology gives us long range and wide coverage, which are qualities [Wi-Charge and Qi} do not possess.” – Dr Rezal Khairi Ahmad, CEO of NanoMalaysia, from a question posed by Cilisos

It’s kinda like how as a kid, when your sibling wanted to change the TV channel, you would block the Astro box from receiving the signal from the remote. That happens because TV remotes work by sending an infared beam to the decoder, and if that transmitter (remote) loses line of sight with the receiver (Astro box), the infared beam doesn’t connect.

Nevertheless, you can check out about Wi-Charge if you’d like in the video below:

But going back to the METT charger…. Enhance Track plans to fully launch METT sometime in mid-2021, beginning with its aftermarket transmitters and dongle receivers. While it’s just a ballpark figure for now, the pricing is expected to be roughly around RM300 to RM500 for the receiver and RM1000 to RM2000 for the transmitter.

It’s perhaps what’s after that tho that we should really get excited about. While no one’s formally adopted the METT into their phones for now, we’ve been told that there are in fact a number of companies interested in METT. This could mean that down the line, METT could be as standard as Qi and QuickCharge.

“The demand for the product has been very encouraging. We have been getting interest from public listed companies and multinational corporations. The public has also shown great interest in the product.” – Dr Ben, Managing Director of Enhance Track

Before any critics just pass it off as something that won’t go anywhere, even Qi charging took many years before even became a thing. It was introduced in 2008, but was only incorporated into an actual mobile phone in 2012 (by Nokia of all people). Even then, it’s perhaps fair to say that it only really became a major thing in 2017 when Apple made iPhones with Qi charging abilities.

Perhaps one day in the near future, we’ll all be asking each other for our WiFi passwords – just to charge our phones.