[This article was originally published on 23 Oct 2019, and have since been updated to reflect current events. Update’s at the bottom of the article.]

Earlier this month, we highlighted an online spat between India and Malaysia, caused by Mahathir supposedly talking unfavorably about India regarding the India-Pakistan-Kashmir issue… during a UN speech. The #BoycottMalaysia/#BoycottIndia hashtag went around back then, but in recent weeks, some people seemed to take the issue quite seriously.

For one thing, whispers got out that the Indian government wants to ‘convey a strong message‘ in response to Mahathir’s speech, and one way they’re rumored to do that is by restricting imports of some stuff from Malaysia, like palm oil. Now, if you’re anything like us, you’ve probably been bombarded half to death already by Malaysia’s ongoing ‘Love My Palm Oil‘ Campaign (or ‘Kempen Sayangi Sawitku‘ in Malay), so you might think that ‘hey, this might be a big deal’. Or is it? Meme from NMFBT. Check out their dankness on Facebook

As of the time of writing, there were no official announcements yet of a boycott or trade restrictions by the Indian government, but it might be fun to take a layman’s look at how much of an impact will the proposed boycott have on Malaysia’s economy. And before you go “Pffft! Boycott lah! India only what? Palm oil only what? Superpowah 2020!“, you should probably know that…

India is pretty much the biggest customer for our palm oil

Well, that should be a given, otherwise it would sound pretty lame for India to threaten a boycott. India is actually the biggest importer of edible oils in the world, and two-thirds of those oils is palm oil, which mostly comes from Indonesia and Malaysia. As for how much of our palm oil have been going to them… well, the Malaysian Palm Oil Board keeps track of how much palm oil products have been exported since 2014 and to where. For this year, here are the top ten countries that we’ve been exporting palm oil to, up until September:

Ugh, such a bland chart. By the way, the millions on the left represent tonnes of palm oil.

So what’s with the big jump? Well, back in 2011, Malaysia and India got into a sort of trade agreement called MICECA (link opens 234-page pdf), and as part of that agreement, at the beginning of this year India gave a discount for import duty on palm oil (both crude and refined) sourced from Malaysia, making Malaysia’s palm oil very lucrative for their local importers. So imports surged for a while, but trouble soon brewed.

“I don’t think that India will do this and I doubt that the current import duty on refined palm oil … will increase because we have the agreement with India and you cannot go beyond the agreed quantum without discussion. You can re-negotiate, but you can’t change without telling the other party,” – MR Chandran, palm oil expert, as reported by Malay Mail in July.

…eventually the Indian government did raise the duty on Malaysia’s refined palm oil and olein for 180 days starting September, to safeguard their domestic industry. Besides the news of the incident causing shares of Malaysian plantation companies to drop, here’s a visual aid depicting Indian palm oil imports from Malaysia this year: Wake me up, when September ends.

With more possible restrictions for Malaysian palm oil to enter India in the future, that graph may just keep going down. Considering the magnitude of India’s palm oil imports, it probably won’t take Teresa Kok’s anguished shrieks in your ear to make you realize that this boycott can spell big trouble for Malaysia. But the question is…

How big of a trouble will this potential boycott be?

Before we get into that… can you guess how much does palm oil contribute to the Malaysian economy, in terms of Gross Domestic Product (GDP) percentage?

Well, when we put palm oil in terms of GDP, then it would be pretty small. Government statistics from 2017 show that agriculture only contributed 8.2% of the GDP for that year, and of that sliver, less than half was from palm oil. An oil palm research paper from 2018 said that on average, the oil palm industry typically contributes between 5 to 7% to our GDP.

That might sound like a little, but when you express it in terms of ringgits, the same paper says that we rake in an average of RM64.24 BILLION per year from exporting palm oil for the last five years. That’s like more than 14 times the amount Sarawak got for their 2020 development budget wei! In the writer’s defence, this comparison was conceived at 5 am. Original img from Utusan Borneo.

Dangerous jokes aside, how much do we stand to lose if India is out of the equation? We don’t know exactly, but very roughly, based on the data we have, we export an average of 18% of the total exported palm oil to India yearly. Put that together with the RM64.24 billion figure from earlier and assuming India totally blocked our number, that’s like a loss of RM11 billion, give or take a few hundred millions.

There’s also the possibility of palm oil prices dropping, as India’s trade had helped Malaysia reduce its stockpiles this year. With a major buyer out of the game and no alternative place to sell to, palm oil stocks could pile up again, driving down the price of the commodity.

Overall, Malaysia’s oil palm sector is very dependent on exports, since no matter how hard we try with our little teaspoons, our small population can’t drink up all of the palm oil we produce. In fact, it is said that 90% of the palm oil we make every year goes to exports. While earlier we said that we’ve exported to 154 countries this year, most of them import very little (with Tuvalu only buying 2 tonnes in August), so we’re dependent on a few selected markets, like India, the EU, China, Pakistan, and Japan. Which may explain why we tried to buy weapons from Pakistan using palm oil before.

Due to this dependence, trouble with a major market can practically affect most of the industry as well. Perhaps this is why the government deemed it necessary to go through with the Love My Palm Oil Campaign when palm oil’s negative reputation in the EU threatened exports there. The same campaign probably won’t work for India’s case, though, so what can be done? Despite there has yet to be an official statement from the Indian government, some of the effects can already be seen. The mere news of India planning to restrict palm oil imports from Malaysia affected the trading of palm oil futures. Due to the uncertainty of what will happen, some Indian traders and refiners are already switching to Indonesia for palm oil, just to be safe.

An Indian trade body had even advised its members to not buy palm oil from Malaysia until an official statement comes out from the Indian government, for their “own interest and as a mark of solidarity” with their nation.

Well, well. Who knew that mere words can cause such a mess? Well, Malaysian politicians and a certain preacher probably knew that already, but playing the “I’ve-been-misquoted” card probably won’t get Dr Mahathir out of this one. But that’s fine, since Mahathir’s not planning to retract his statement, anyway.

“We speak our minds and we don’t retract and change… Malaysia is a trading nation and we need the markets, so we are nice to people. But we also have to speak up for others, so sometimes what we say is liked by some and disliked by others.” – Dr Mahathir, as reported by FMT. 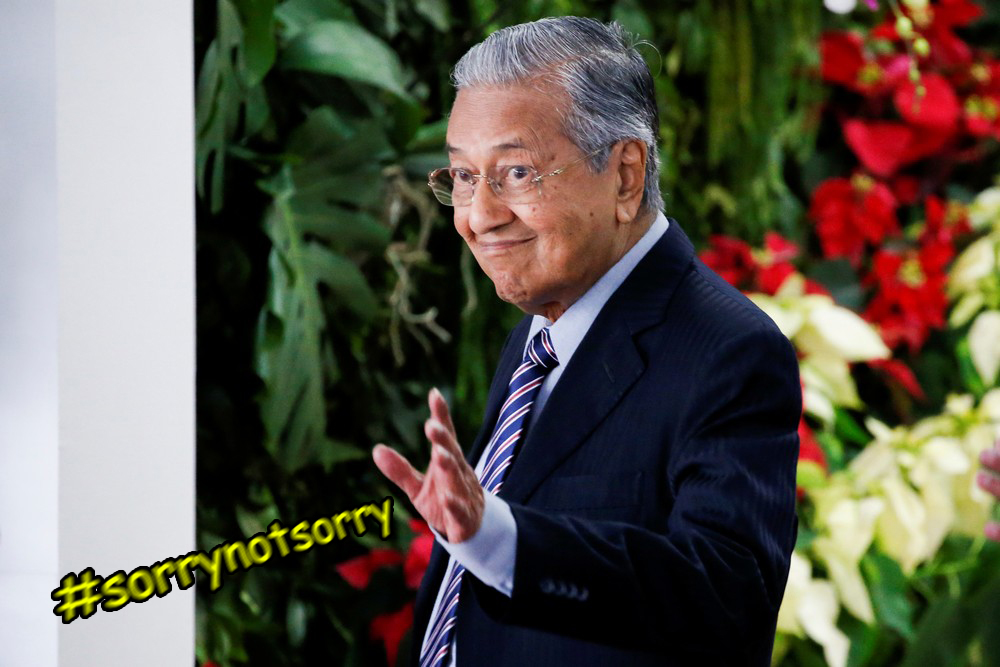 But apart from making amends in that regard, it would seem that other measures have been undertaken to cushion the possible blow. Following the news of the possible trade restrictions, Primary Industries Minister Teresa Kok said that Malaysia is looking to import more raw sugar and buffalo meat from India starting next year, as a way to enhance the bilateral trade between the countries.

And Mahathir had said that should a boycott be launched by the Indian government, the Malaysian government will have to study the impact of the action and work diplomatically or look for ways to reduce the effects of that action. But really, since at the time of writing there has yet to be an official statement, guess we will have to wait and see how this develops.

[UPDATE 15 NOV 2019: After a month-long suspension, some Indian traders are buying Malaysia’s palm oil again as Malaysia had offered a discount of about RM20 per tonne, giving it an edge over Indonesian supplies. Since there has been no official announcements by the Indian government on the matter (even after a month), some traders see buying from Malaysia as a reasonable risk to take.

“The dispute has been going on for a month but still India hasn’t come out with concrete measures. Some traders have started taking risks, assuming it may not impose a duty on Malaysian palm oil,“ – a Mumbai-based trader, to the Sun Daily.