For more than 2 weeks now, you might have noticed bits and pieces of news about a company called Felda Global Ventures Holdings Berhad (FGV) bombarding your news feed.

It all began on the 6th of June, when the CEO Datuk Zakaria Arshad and CFO Ahmad Tifli Mohd Talha were suspended by Chairman Tan Sri Isa Samad, over allegations that something fishy went down in payments to an Afghan company under Delima Oil Products Sdn Bhd. 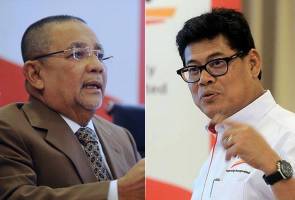 Then, two more high ranking officials were suspended on the next day, and the PM’s administration had to involve former minister Dato’ Sri Idris Jala to look into the situation as an independent party. In typical Malaysian fashion, there was some accusations thrown around, and eventually the MACC had to get involved by launching their own investigation. Then opposition leaders, other ministers, and even the second gen FELDA settlers also weighed in eventually. Now even PM Najib had to step into the situation. He had met with FELDA chairman Shahrir Abdul Samad and Tan Sri Isa Samad to discuss the situation, and the issue was partially resolved when the change in the FGV chairman was announced through his office.

But some might wonder: why was there so much attention around this case in the first place?

An initial public offering (IPO) is the amount of money raised by a newly listed company by selling their shares to the public. Besides being a gomen-linked company, FGV also became a listed company back in 2012, and it brought in an impressive USD 3.1 billion (RM9.45 billion, at the time) with its IPO. It was the largest amount in Asia in that year. And globally, the only company that raised more money than FGV that year was Facebook! I can buy you with my pocket change. Image from Getty images.

But 5 years after its listing, FGV’s report card is far from spectacular:

A large part of the reason why FGV is doing so badly might be due to the drop of price oil prices. Between 2014 and 2016, it went from a high point of USD$961 to USD$538/metric ton low at one time. The fact that EPF and KPF (FELDA’s other subsidiary) were selling FGV shares was not helping boost the investor’s confidence as well. Throw the current scandal and MACC investigation in the mix, and we can understand what that might do to a company’s image… and it’s share price.

But aside from the poor performance, some eyebrow raising decisions were made, including talks of selling a large stake to a foreign company. And If you think this is all just big cooperate money talk, this actually has very real effects on the livelihood of a particular group of Malaysians.

Some of the 112,635 FELDA settlers might owe FGV money for no reason 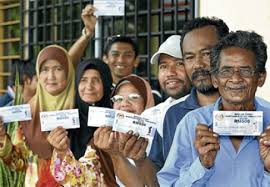 The FELDA land scheme, was first introduced by the 2nd Prime Minister, to boost the lives of the low-income rakyat. The scheme recruits willing participants to migrate to settlements and manage a 4.05-hectare plantation. In exchange for their services, they are given a house, and a means to lift themselves from poverty, and this gave a lot of the poor rural folks a new light.

“If I had not joined Felda, I could not have even dreamt of such a life. I could not have imagined seeing my daughters as lawyers.” – Mustaffa Ismail, 70, of Felda Bukit Sagu 1 told Malay Mail Online

About 13 years ago, things seemed to be turning even better as FELDA launched a major replanting effort. Settlers were encourage to switch from planting rubber to oil palm, and they were given a monthly advanced payment while waiting for the trees to mature, on top of the expectation of an increased income once it does. This also gave the settlers free time to pursue part time jobs to further boost their income.

FGV was started by FELDA as a means of generating more income, because the gomen has actually stopped financing them since 1994. When FGV took off, all 112,635 FELDA settlers were actually moved under its care, and then things started going wrong. Until September last year, settlers used to get paid twice a month, with a total of RM3000 – RM4000, but now they only get half that amount because they were told that the second half will be carried forward to the next month, and the same excuse is used next month. We don’t even earn that much. Image from medium.com

On top of the inconsistent payment, FGV is now asking some of the settlers for repayment of replanting services they offered to them a few years ago. Repaying a loan that they owe is not unreasonable, but the frustration comes from the lack of explanation for the amount owed. As several settlers told The Malaysian Insight, settlers were never informed of how much they owed, or how that amount came about.

“When they listed the company a few years back, they told us that we would not need to repay the loans given to us. Now, they want us to repay the loans. And although it’s only RM50 a month, it leaves a bitter taste in the mouth,” – said 42-year-old Nizam.

“It was only in December last year that we got a statement on the amount we owe. But there was no explanation on how much our monthly installments reduced our debt,” – Nazrul Fauzan of Felda Gelingi Satu

“So, if Felda says the debt is for replanting services then why is my family getting charged as well?” –  Mijan Mohamad, whose father was slapped with a RM 100,000 debt even thought his father replanted the trees himself

It’s no secret that FELDA settlers form a very important voter base, capable of influencing nearly one-fourth of the seats in parliament. Traditionally thought of as “BN strongholds“, 6 out of the 60 “FELDA seats” were won by the opposition in the 13th General Election.

The dissatisfaction with FGV actually began even before FGV got listed. There were protests against the FGV listing, due to concerns of losing the lands that they invested in and passed down for generations. And it also wasn’t a secret that the gomen gave a fifth of the IPO money to the 112,635 landholders in an attempt to please the settlers. That’s nearly USD 5,000 (RM 15,000 at the time) given to each person.

With 20% of FGV owned by these individual settlers, one can only imagine the frustration experienced by some 112,000 settlers, as they are stuck with stocks of a company that has failed to deliver for 5 years, on top of being slapped with mysterious debts and delayed payments.

The FELDA scheme is as old as Malaysia itself, but what purpose does it serve now? According to FELDA’s vision, they now aim to become “an economic powerhouse to generate high income for settlers in FELDA schemes and surrounding areas.” But the thing is, FELDA has actually stopped recruiting new settlers into the scheme. Does that mean only the current settlers will benefit from this resource? Is it still serving its original purpose?

Tan Sri Shahrir Abdul Samad, Chairman of FELDA has stated that FELDA and FGV are different entities, and said that the responsibility of the settlers rest upon FELDA.

“Previously, Felda had settlers, there were estates and downstream activities such as refineries and logistics, as well as other businesses. Now all of these have been transferred to FGV. What’s left with Felda is the settlers, and of course the social and welfare responsibilities pertaining to the settlers.” – Tan Sri Shahrir Abdul Samad in an interview with Bernama

Despite what some might think about FELDA settlers, they are many underlying social divides and social problems that need to be addressed within the FELDA settlements itself. “A lack of sense of belonging, and minimal interpersonal relationships” and “the relatively high incidence of drug abuse” among the youths in many settlements were among the problems Dr Colin Abraham wrote in MalaysiaKini.

A better economy and finance might be an important achievement for any country, but there are probably ways to achieve that without risking and neglecting the well-being and future of the people.