Cilisos recently had a cool opportunity to talk to Mr. Zafar Abdul Ghani, a Rohingyan refugee with a really badass story. He gave us permission to share it with ugaiz, and it’s gonna BLOW. YOUR. MIND. But before we tell you his story, here’s a helpful chart to help us properly differentiate between “refugee” and “illegal immigrant”, because it can get a bit confusing at times.

And he has achieved all this before he’s even 40! Add to that the fact that he came to Malaysia when he was 22 years old, that means he did all this in less than 18 years! Woah. That’s quite an achievement. But before we talk more about this, let’s look at HOW he got to Malaysia in the first place.

Zafar had to run from his country (Myanmar) after being involved in a student’s movement that demonstrated against the military junta for the unequal and inhumane treatment of the Rohingyans (read more about their story here).

After being caught and tortured by the Burmese Intelligence for two months, he was sentenced to jail for 7 years for refusing to give any information that the junta wanted. That was when Zafar’s story takes a whole new twist, Shawshank Redemption-style.

After being forced to work and watching many of his fellow Rohingyans die of exhaustion and malnutrition, Zafar decided to escape. Together with a few inmates, he managed to break a window to the prison and escaped into the night. Free from prison, he knew that he had to get out of the country. But… how?

If you’re thinking “AirAsia”, Zafar had no “air” option, only the “Asia” part. Travelling via fishing boat, Zafar arrived in Bangladesh, before running to India (literally, on foot) because the Bangladeshi government were arresting and deporting Rohingyans back to Myanmar (where they will be imprisoned, or killed).

From India, he forced to take an epic night-trek through the forests and rivers to Thailand which took almost 2 months (they can only travel at night to avoid capture). For those of you who aren’t sure how epic this journey is, here’s an illustration: Note: This meant RE-ENTERING two of the countries that were ACTIVELY trying to arrest/torture/murder him. Unedited image from www.nationsonline.org

After being in Thailand for a few months, and again being threatened with deportation back to Myanmar (this will be a very common theme from now on), Zafar finally made his way to Malaysia as a refugee. A trip that would normally take 2 hours and 40 minutes by air took Zafar a total of 11 months. This was not helped by the fact that the Malaysian government isn’t exactly very friendly towards Rohingyan refugees coming to Malaysia to seek asylum. In fact, the Malaysian police arrested Zafar for illegal entry, and deported him back to Thailand, where he was arrested…for illegal entry… and sent to jail before being deported back to Myanmar (again). Knowing that he faced death back in Myanmar, he managed to convince the boatman to….send him back to Malaysia instead. After much struggling (including one more arrest, deportation, and prison sentence), he finally made his way to Kuala Lumpur through an agent.

But although he made it to Malaysia, Zafar tells us that he was deported, not once or twice, but…

He was deported from Malaysia for a total of… 12 times!

Yes, in the span of 7 years (1996-2003), less time than most of us take to finish primary school, Zafar was arrested, deported, and made it back to Malaysia 12 times, an average of 1.7 times a year. Every single time he was deported, he was sent to Thailand, and he made his way back via a human trafficking operation which he had to pay (prices varied from RM1200 – RM2150, depending on the trafficker).

If they had no money? Well…

“If we didn’t have money, they would beat us. In some cases, they even shot to death some of us with a pistol. They would threaten us to pay them all we had, or they would send us back to Myanmar.” – Zafar

In addition to risking his life just to pass the Thailand-Malaysian border, he also had to risk his life travelling from the border to KL, including hiding in the backs of trucks and being stuffed into car boots where he almost suffocated to death. He couldn’t stay in Thailand because it was too close to Myanmar, and Malaysia was his only hope for survival, enough for him to risk his life every single time to make it back into Malaysia.

NAH, BACA:
Why is the keris bengkang bengkok? Here's a history of the keris we never knew

He asked the UN for help when he was in Malaysia, but wasn’t acknowledged as a refugee

In the year 2000, Zafar approached the Malaysian chapter of the UNHCR for help and to request for Refugee status. After listening to his story, UNHCR refused to acknowledge Zafar as a refugee because he couldn’t sufficiently prove that he was deserving of refugee status.

To be fair, it’s nothing personal against him. There is actually an application to be recognized as a refugee, and Zafar failed because he couldn’t produce the necessary documents for registration (birth cert, IC, passport, etc). This requirement is especially troublesome for Rohingyans as the Myanmarese government revoked their IDs and documentations. After appealing the decision, he was finally accepted.

So, that should be the happy ending la right? 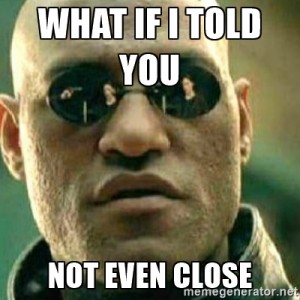 In fact, it’s just the beginning.

Unfortunately, Malaysia hasn’t signed the UNHCR Refugee convention, so Zafar is considered a refugee and cannot own any property, car, business, or legal job, and has no access to basic amenities such as government healthcare or schools, even though he legally married a Malaysian wife. (His wife, his father-in-law, and himself had to beg the Registration Department with tears in their eyes multiple times in order to get married, and multiple rejections, a kind-hearted Perak mufti finally agreed to legally marry him and his wife under Islamic law, making their marital status legal).

Actually, we understand why Malaysia tries to limit refugees la

The reason we’re not a signatory of the convention is because of a bad experience with Vietnamese refugees last time where overwhelming numbers ran to Malaysia for shelter, which our government wants to avoid happening again, so we rather not sign it as it means we have to accept all refugees in the future without question.

Also, taking care of refugees who come to Malaysia can be a strain to our resources. According to reports, housing and basic necessities for refugees and illegal immigrants cost up to RM 5 million ringgit every year.

Other than money, we are also worried about a potential threat to security as well, where crimes that are committed by foreigners receive special attention, and our government is trying to reduce it by reducing the amount of illegal immigrants. 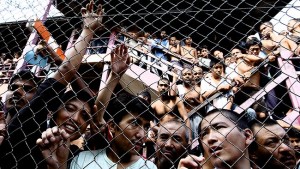 Refugees at a detention centre in K.L. Image from http://www.adelaidenow.com.au/

Zafar’s story is quite an amazing one not only because he managed to survive so much hardship, but because his story also shows us that refugees are not necessarily a strain on our resources. As mentioned earlier, he is able to make a living for himself through a kedai runcit and gerai makanan (under his wife’s name), But did you also know that MERHROM actually managed to raise RM25,000 to help the flood victims of Kelantan last year? Instead of needing our government to take care of him, he is able to give back in return!

Also, according to our Deputy Home Minister Datuk Wan Junaidi Tuanku Jaafar, only 1% of all crimes in Malaysia are committed by foreigners, and the UNHCR makes sure to screen refugees to make sure they aren’t criminals before giving them refugee status. So in terms of security, they are also not much of a threat to us as well.

What can we do as Malaysians?

While talking to Mr. Zafar, he had this one thing to say to Malaysians in general:

“We’re not asking for sympathy or for donations. All we ask is that we be given a legal identity, so that we can find work to provide for ourselves, for our children to go to schools, and for us to build a life.

We have a lot that we want to contribute to Malaysia, and we love Malaysia, because she has provided for us a hope and a life again. I ask that Malaysians and the Malaysian government just give us a chance.“

And with plenty of jobs that most Malaysians don’t want to do that refugees will gladly take up, there’s definitely opportunities for them to make a living just like how Zafar did in Malaysia.

What can we do then?

Well, we could write to our MPs to lobby them to formally sign the UN Convention of Refugees. Additionally, you could also donate to organizations like the UNHCR or MERHROM (they need money and supplies like rice, toiletries, etc); contact them here to set up a donation time that is appropriate. If you own a business, perhaps you could consider giving refugees a chance to be fairly employed in your organization as well. Together, we can make Malaysia a welcoming second home to those who have unfortunately lost theirs. 🙂