In recent news, Umno’s Sungai Besar Division Chief Datuk Seri Jamal Yunos claimed to have “discovered” 7,000 new voters in the Sekinchan state seat. Jamal, who is also the head of the infamous Red Shirts group, was reported to have made the controversial statement at the beginning of a Subang’s Umno Youth meeting. He further revealed that Umno leaders have targeted certain state seats, and will do almost anything to win those seats.

“We will move the voters using all methods possible even though it will cost us millions,” – Jamal Yunos, as quoted by the Malaysian Insight.

That statement did not go by unnoticed. Bersih 2.0, an NGO concerned with clean and fair elections, had criticized the Election Commission for not doing anything against the alleged manipulation of the electoral roll by Jamal, even stating that the EC is conspiring with politicians who cheat to win in the next general election. According to Bersih, politicians can now openly admit that they are cheating without any consequences from the EC. Should the statement made by Jamal be true, Umno may be responsible for the phenomenon of ‘phantom voters‘ in the Sekinchan constituency, which is a form of electoral fraud.

Phantom voters is a recurring problem in Selangor If you followed the news, you may have remembered that back in February, there was a clamor when Ng Suee Lim, the DAP assemblyman for Sekinchan noted that suddenly there were 1,614 new voters appearing in the latest electoral roll. What’s more shocking, according to Ng, was that according to the electoral roll, 358 of the new voters are staying together in nine houses in a village called Rizab Sarbini.

Rizab Sarbini is traditionally a Malay village. But now we have 358 new voters here and 232 of them are from multiracial backgrounds moving in from Klang, Kuala Lumpur, Sabah and Sarawak,” – Ng Suee Lim, for MalaysiaKini.

Since 1,074 out of the 1,614 new voters were Malays, Ng suspected that there were efforts to increase the number of Malay voters in Sekinchan, where the voters are 56 per cent Chinese and 41 per cent Malay.

However, later in June, Ng had claimed that he found another 1,400 phantom voters in Sekinchan. The difference this time is that it’s Chinese and Indian voters changing their addresses to Jalan Parit 8 Baroh, Sg Leman, where the population is purely Malay, with no Chinese nor Indian households. 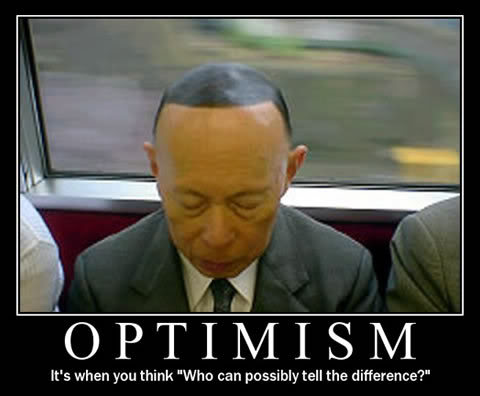 Sekinchan wasn’t the only one facing the problem of alleged phantom voters in Selangor. In July, PKR claims to have proof of some 1,609 phantom voters being newly registered of transferred to Wangsa Maju, Selangor. According to Tan Yee Kew, the PKR treasurer-general, the number was obtained by investigating from 4,804 voters recently transferred to or registered in the area.

“Based on our data analysis and ground visits, out of 4,804 new and transferred voters in these polling districts, 1,609 or 33% are likely to be phantom voters,” – Tan Yee Kew, PKR treasurer-general, as reported by Free Malaysia Today.

Based on investigations, Tan further claimed that 80% of the home owners whose addresses were used to register the alleged phantom voters had no knowledge of the incident. Nurul Izzah, the PKR vice-president, had urged registered voters to check their polling districts, as some voters got their constituencies changed without neither requesting it nor being informed about it.

With all the news of phantom voters appearing in significant numbers, there has yet to be light shed on who’s doing all the bringing in. Until, perhaps, very recently. Ghosts do sometimes take the bus in an effort to be more environmentally-conscious. Source

With regards to the phantom voters in Sekinchan, Jamal Yusof had earlier this year accused Ng Suee Lim of bringing them in to ensure Ng’s victory with a bigger majority. In June, Jamal showed up at the Election Comission’s office with a bus full of his supporters, dressed as ghouls, to protest the occurrence of phantom voters in the state which he attributes to Ng. He had also alleged that the practice is common ever since the 11th General Election.

However, the recent quote from Jamal saying that he had found 7,000 voters did not exactly specify how or where he is getting them from. On the other hand, Jamal’s ability to increase the number of voters was well-known among the party, although the methods weren’t disclosed.

Following Jamal’s intention to contest for the Umno Youth Chief post, Widia Wati, from Sungai Besar’s Puteri Umno had quoted that he would make a great candidate for the post for a variety of reasons, one of them being Jamal, as a division leader, had been successful in increasing the number of voters. Bear in mind that is may simply mean that Jamal is great in encouraging youths to register as voters, and nothing else. However, Berita Daily, a news website, reported that Ng Suee Lim had alleged Jamal to be behind the transfer of new Malay voters to Sekinchan. In the report, Ng had accused Jamal of paying RM50 each to new voters who are willing to change their address to Sekinchan.

“I have two credible sources who informed me that Jamal is behind this. The complot is being done on a daily basis at the Sentul UTC. There will be a few Puteri Umno members who will randomly stop potential new Malay voters to change their address to Sekinchan. They will be paid RM50,” – Ng Suee Lim, as reported by Berita Daily.

Ng had also claimed to have audio recordings as proof, but will only reveal them if Jamal intends to go to court over it.

How much of a difference can 7,000 voters make? It’s the little things that make a difference. Source

Regardless of how he’s doing it, if Jamal did discover 7,000 new voters as claimed, how much will that affect the next elections? While it’s hard to say with certainty what will happen in the next election based on just numbers alone, we can make a sort of guess-timate based on available data of the voters in Sekinchan. First up, the data from the last election for Sekinchan. DAP won by a majority of 2,239 votes. Despite reports of phantom voters over the years, a report by the Penang Institute had quoted the number of eligible voters in Sekinchan as 16,108 in February, which is almost the same as it was back in 2013 (16,247). Nevertheless, assuming everything stays the same, there’s no way to tell accurately who will win.

However, Jamal had claimed that the 7,000 new voters that he discovered contained ‘Umno DNA‘, and that they were selected due to their parents being supporters of Umno.

“We have identified those with Umno DNA, so if their parents are Umno, then we will register them as voters… we have identified 7,000 voters who have never voted in Sg Besar before.” – Jamal Yunos, as reported by the Malaysian Insight.

Jamal, in the same report, had also expressed his hope that at least 85% of the new voters will vote for Umno, or roughly 5,950 voters. This number far exceeds the difference of the last election results (2,239), and if everything works out well, even with only 5,950 voters MCA will win with about 2,000 majority in the next election. If everything goes as planned.

However, the actual results are not this easy to predict due to voters being actual humans (for now) who can think and make decisions on their own. This is just to illustrate the effect of bringing in phantom voters on such a large scale.  However, as can be seen in the graph, suddenly adding 7,000 people to a constituency is a pretty hard thing to miss. Is nobody watching?

The EC’s reputation is at stake here In response to the statement from Jamal Yusof, the Bersih steering committee had stated that

“Now, political leaders can openly admit to cheating to win elections with no response from the EC,” – Bersih, as reported by the Malaysian Insight.

Bersih had also stated that the fight to clean up the electoral roll has been going on for more than a decade, and that various parties have found evidence that the electoral roll had been manipulated to favor certain parties. Previously, we have covered redelineation, malapportionment and gerrymandering, but in case you’ve missed it, you can find it here.

While Mohd Hashim Abdullah, the chairman of the Election Commission (EC) had denied that Malaysia is afflicted with problems of phantom voters and gerrymandering (the practice of drawing the voting districts’ boundaries to favor a party), earlier this year, the Penang Institute, an independent think-tank, published a report (30pg pdf) containing evidence of the Election Commission sustaining malapportionment and, in some cases, making it worse through the proposed redelineation exercise. Meanwhile, the Electoral Integrity Project (EIP), a US-based independent academic project that studies global electoral integrity had determined that Malaysia’s Perception of Electoral Integrity score (PEI 5.0) is 35, which is very low. Malaysia is basically the 25th most transparent country in the Asia Pacific region… out of 28 countries. By comparison, Denmark and Finland, the highest scorers, managed to obtain 86 for their PEI 5.0.

“As long as the EC continues to fail in protecting the people’s democratic right to fair elections, the only possible conclusion is they are working hand-in-glove with these unscrupulous parties to aid their efforts in deciding the outcome of the 14th General Election before a single vote has been cast,” – Bersih’s steering committee, as reported by The Malaysian Insight.