At first glance the sight of these Singaporeans throwing things into the Klang River is enough to raise eyebrows. Some men and women, even two little children were video-ed tossing ‘something’ into the water as they stood by the river bank. The video was shared by Warisan Sungai Klang on Facebook on 30 July.

Oi as though Klang River not kotor enough already, must add to the pollution? BUT WAIT, don’t marah until you watch the video to the end: One of the men holding up a mud ball. Screenshot from Warisan Sungai Klang’s FB video

In the video, a Singaporean wearing sunglasses and grey t-shirt can be heard explaining WHAT they were throwing into the water…

Chup, wouldn’t mud muddy the river, not make it clean? How. Wuut.

So we did some Googling and discovered that mud balls are actually Effective-Microorganism (EM) balls. They are a mix of non-chemical, non-toxic, non-genetically modified and non-pathogenic (read, good microorganisms. This amazeballs technology was developed in Japan in the early 1980s by Professor of horticulture, Dr. Teuro Higa.

Now, how does it work in the case of the Klang River? When a ball is introduced to a polluted area, the EM microorganism will immediately begin feeding on organic matter and multiplying, in the process, creating enzymes that curb pollution, according to this somewhat dubious looking site. In short, good microorganisms EAT bad microorganisms. Then we found out there have been a number of instances mud balls were used in Malaysia. In 2009, Penang launched the ‘One million Apologies to Mother Earth’ where people literally made one million mud balls and threw them into the river in Gurney Drive. Over in Sabah, ‘To Earth With Love’ was formed in 2011 and it is active in clean-up efforts on polluted rivers and drains. One of their workshops is teaching people how to make mud balls.

Even businesses and schools CSR-ed with this, where Shangri-La Tanjung Aru Resort and Spa let guest have fun throwing mud balls into drains that lead to the ocean. In Perak, SMK Raja Perempuan students made 400 balls from red earth, EM treated rice water and fermented organic matter, and threw them into Sungai Kinta. Not to mention, we found local mud ball making groups on Facebook.

It was reported to be a new fad for cleaning up our polluted waterways back in 2009 by The Star although most of us at CILISOS have not heard of it before.

NAH, BACA:
Here's how a muddy island in Johor caused drama between the federal gomen and Johor royalty.

Ehh but if it really works, then these balls would have the potential to heal all our ruined rivers! So does it work?

Some studies say it works but some call ballsh*t 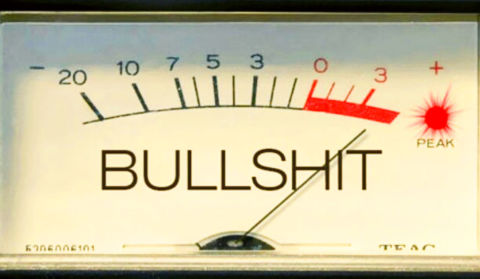 The mud ball concept has been studied throughout the world but is considered dubious by some and no scientific studies support its main claims or gives any real evidence of the benefits of EM, according to mnsgreenliving.blogspot.my, but we are not sure about the credibility of this blog. At the same time, we are also doubtful of the credibility of the argument for EM la. To tell the truth, we did find research papers on EM, however none that can be considered very substantial and foolproof. So we are hesitant to consider it cold, hard science.

This was acknowledged by Dr. Teruo in a 1994 paper co-authored by him and soil microbiologist James F. Parr. They conclude that “the main limitation…is the problem of reproducibility and lack of consistent results.

On top of that, there are some doubts that EM are able to even survive after being thrown into heavily polluted water, compared to indigenous microorganisms that have had time to gradually adapt there. Plus, a sudden influx of a new species could alter population dynamics and really mess up the ecology in the long run, though some sources say no such thing will happen la. Just some risks and considerations to take note of la.

In water treatment, Egyptian scientists tested it for handling greywater for reuse. This study saw sediment, chemical oxygen demand (COD), and biochemical oxygen demand (which reduces oxygen fishes need) reduce after adding EM. The same results were seen in a study with Yamuna wastewater (the river of the Ganges in India).

By people’s account, it has been claimed that Sungai Pinang and Sungai Mas in Penang are said to be less murky and smelly after thousands of mud balls were thrown in, while at Sungai Kelian at Tanjung Bungah there is said to be a transformation after 3 months of mud ball treatment… the metre-thick black sludge that smothered the riverbed has disappeared, leaving behind a sandy bottom.

So perhaps we leave it to people to draw their own conclusion, but one thing’s for sure… Can those microbes eat this? We didn’t think so! Image from Borneo Post

A word of caution from experts, perhaps it’s best not to fully rely on anecdotal advice without any proper scientific validation. It makes sense that mud balls can improve the microbial balance in the river to make it healthy again (the same reason why people would drink Yakult), but it sure ain’t gonna make synthetic chemicals and litter magically disappear. It is not a cure-all to our river problems.

“This is not the way to solve environmental problems. We’re allowing the river to be polluted, then treat it. The principle of any river rehabilitation is to identify the sources of pollution, then treat the pollution … not treat the pollution after it has gone into the river.” – Datuk Dr. Zaini Ujang, Professor in Environmental Engineering, Universiti Teknologi Malaysia, The Star

Even if Sungai Kelian has shown positive change for example, the results may not last. What happens once we stop dumping the mudballs, asks Dr. Zaini? Overall it is costly and unsustainable. Instead, we should be doing this As for the us, let’s go find a tong sampah instead of throwing rubbish into the river k?  😉