If your internet connection has been great these past week, chances are you may have come across an online drama involving the Deputy Communications and Multimedia Minister, Datuk Zahidi Zainal Abidin, Deputy Finance Minister, Abdul Rahim Bakri and Universiti Malaysia Sabah student, Veveonah Mosibin. The online drama started when Zahidi accused Veveonah of faking her online examination and had filmed her experience on a tree to get internet connectivity to gain popularity as a YouTuber.

Anyways, you can read more about the whole drama here, here and here. See, what made netizens angry at this drama was how both deputy ministers seem to miss out the whole point of Veveonah’s video – poor internet connectivity.

If you’ve seen Veveonah’s video on YouTube, you’d know that she had to climb up the tree which is located at a hill in Kampung Sapatalang, Sabah just to get connected to the 3G network. But we’ll talk more about this later.

Drama aside, we found out that the govt has recently announced that it would be rolling out its 5G plan under the National Digital Network (JENDELA). According to Prime Minister Muhydiddin Yassin, the people of Sabah and Sarawak would benefit from this plan with additional new towers besides upgrading existing ones.

However, he also mentioned that the govt would be doing this at the expense of killing… 3G connection.

“This will also see the termination of the 3G network in stages until end-2021 to boost 4G network and strengthen the foundation for 5G.” – Muhyiddin, as quoted by NST.

Before you go into panic mode, allow us to explain a few things. Firstly, the govt doesn’t plan to remove 3G networks by the end of 2021 in one-go la. It would be done in several stages to focus on upgrading 4G networks that would be used as the foundation for 5G networks.

Think of it like upgrading your traditional TV to digital TV (we’ve explained in deets why this was done btw). And a simple reason why the govt has to do without 3G networks is because it is inefficient and maintaining it would be costly in the long run.

“3G maintenance is more expensive than 5G because it is old technology. The higher the G, the more efficient it becomes due to more built-in intelligent solutions.” – GSM Association director-general Mats Grandyr to BERNAMA, as quoted by Malaysiakini. It’s like this but with more towers and faster internet speed. Img from IoT

We won’t confuse you with the supertechy stuff but if you’re interested to read more about it, you can check out SoyaCincau’s article here.

While many of us won’t be bothered by this cos our phones are connected to 4G network anyway, for some, this slower form of mobile data is the only mobile internet they can get. According to Malaysian Communications and Multimedia Commissions (MCMC) report, while most Malaysians (94%) have 3G coverage, only 79% of Malaysians have access to 4G network.

Do the maths and you’ll find that roughly 5.5 million Malaysians don’t have access to 4G network at all. But this number came from the 36 million mobile subscribers in Malaysia that may not represent the exact population of Malaysia la.

Despite that, we still hear stories of people who have problems getting internet connection such as Veveonah. Besides her, Rose ED, a Sarawakian studying in Universiti Perguruan Sultan Idris, had also uploaded a Facebook post on her experience of doing a group presentation for her assignment at a tree near her house as well. This post came after Veveonah’s viral video. Rose in her tree. Img from Malay Mail You can see the difference in the accessibility of 4G network from densely populated to less populated area. Img from OpenSignal

OpenSignal stated that this is happening because telco companies tend to prioritise highly populated areas when providing and maintaining 4G networks. Well, we can’t really blame them since there are more demands there as compared to less populated areas.

And that pretty much leaves people in the rural areas to lack internet coverage due to less base stations (read: towers) available in their areas. So, until something is done to improve internet services in these areas, the people there would have to rely on older, slower technologies like 3G or even 2G networks.

Although the govt stated that it would be shutting down 3G networks, there is no mention that it would do the same to 2G networks. And, according to Mats, it might have something to do with how 3G network’s function is somewhat in between 2G and 4G.

“The 2G network only offers good connectivity from the voice perspective, whereas 3G technology is in-between 2G and 4G. Hence, some operators have decided to shut down 3G and focus on 4G, and that could be the way forward for Malaysia.” – Mats to BERNAMA, as quoted by Malaysiakini.

He also added that there is a possibility that manufacturers may stop producing 2G and 3G devices like phones but he was quite wrong. Although it is 2020, some manufacturers are STILL producing 2G phones. Yes, you read that right. Nokia produced a 2G feature phone called the Nokia 5310 (#notsponsored) earlier this year. 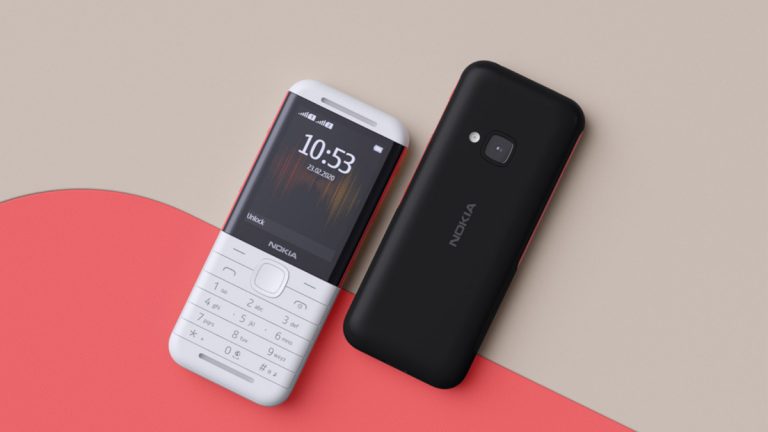 As a matter of fact, MCMC found that 25.9% of Malaysians are still using feature phones in 2018… tho they’re actually connected to 3G networks and not 2G. These people are mostly pensioners aged 65 years and above (pakciks and makciks) who live in rural areas.

And guess what? Most of them said that they use feature phones because these phones serve their needs. They also claimed that they can’t even access 4G networks. So, #whybother using smartphones, right? See, shutting down 3G networks would only create more gaps in the existing digital gap. And it doesn’t help that these pakciks and makciks are not planning to change to smartphones anytime soon either.

This is why it is vital for the govt to ensure that 4G networks are provided in their areas under JENDELA. And that’s because not all devices, especially feature phones that are used by these pakciks and makciks, support 4G network.

But even if you have a smartphone, this doesn’t mean you can be connected to 4G all the time. Apparently, if your phone is not VoLTE ready (a refined version of 4G), chances are you may have to rely on 2G networks just to make a phone call when 3G gets shut down.

At the time of writing, there’s no update on what the govt plans to do to convince pakciks and makciks to get smartphones.

By now, you might have a brief idea about the whole 3G/4G situation. And if you’ve been paying super close attention, these issues have been brought up every now and then. So you may be wondering ‘wHy iZ tH3 g0vT s0 toN3 DEaf aboUt iT?’

…and that’s why they want you to tell them.

Besides wanting to shut down 3G networks, the govt is also planning to achieve 100% 4G coverage in populated areas in the second phase of JENDELA. And the govt might think this is possible because there is currently no data that informs the govt and its agencies that some rakyat are still living in areas that are under served in terms of coverage. While searching for this story, we tried searching for the latest govt data on under served areas only to be met with this… 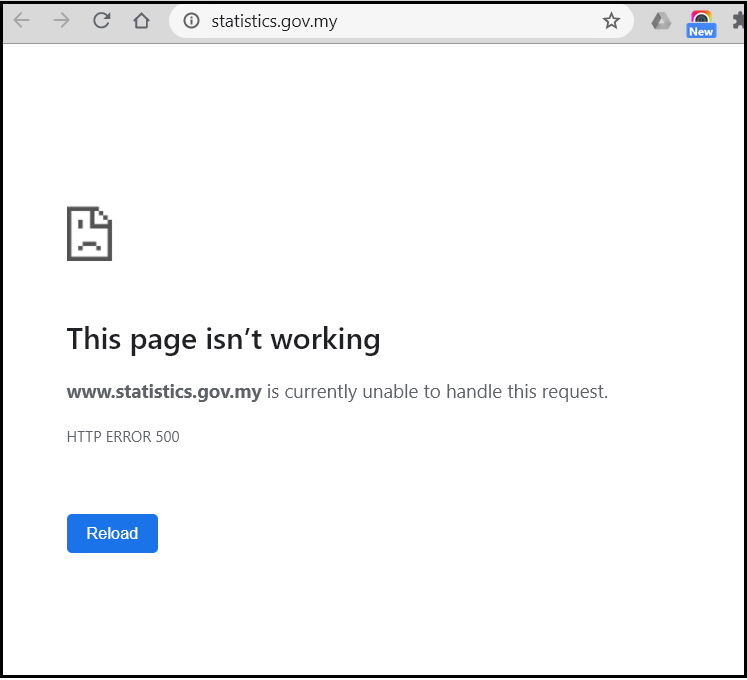 But it’s not like the govt doesn’t know anything at all la. For instance, the govt already has plans to build 3G or 4G towers in Sabah under the National Fiberisation and Connectivity Plan (NFCP).

And Veveonah’s village is already listed under this plan even before she made that video. But because the work is still in progress, Veveonah had to do what she could to sit for her online examinations.

Despite that, the govt still wants to hear from you to know what is actually happening on the ground. This is why it has proposed JENDELA Map, which will illustrate the current state of digital infrastructure and availability for all parties – ministries, govt agencies, telco companies and the public. There will include several important data from ministries, govt agencies, population data as well as buildings and addresses. The most important part of JENDELA Map is how it can also be accessed by the public as well. Users can demand access to 4G network and this request would then be submitted to telco companies. Users can keep track of the updates on their requests using JENDELA Map.

Now, you might be skeptical about this initiative considering how most of our complaints normally end up in deaf ears. But let’s just hope that this time around, the govt would actually walk their talk in providing access and fast internet connection to Malaysians. Or else, we’d still be seeing problems with our internet connec-

Share this article:
NAH, BACA:
No way! This Msian businessman hutangs almost as much as 1MDB?