When you take a glimpse at the government agencies we have in Malaysia, you’ll find that we really have a thing for acronyms, like FELCRA for the Federal Land Consolidation and Rehabilitation Authority, EPF for Employees Provident Fund, MACC for the Malaysian Anti-Corruption Commission, and MARA for Majlis Amanah Rakyat.

But what really is MARA? Basically, it’s a government agency that’s meant for “developing, encouraging, facilitating and fostering the economic and social development” of the Bumiputera community, especially in the rural areas. Other than that, MARA also offers loans and entrepreneur courses to Bumi entrepreneurs.

And since its establishment in 1953, MARA has been said to have really helped the Bumiputera community. Other than locally, the agency’s been helping Bumiputera people overseas as well, establishing offices in countries like the US, the UK, and Australia. However, it seems that MARA’s efforts in Australia might have come back to bite it in the behind, because…

MARA is allegedly involved in an Australian property scam So in 2013, when MARA bought the Dudley building, they contracted John Bond’s company Trubuilt Properties to outfit the building with windows and doors. And initially, he had to fork out his own money to do so. But when all was done, he ended up not getting paid a single cent, collapsing his company in the process. And that was when he decided the issue to bring to the Victorian Supreme Court.

“They [the developers] kept putting it off. It became one week. Then one month. Then six months. And I thought to myself, something is terribly wrong here. They seem like they are never going to pay us.” – Bond, as quoted from The Age 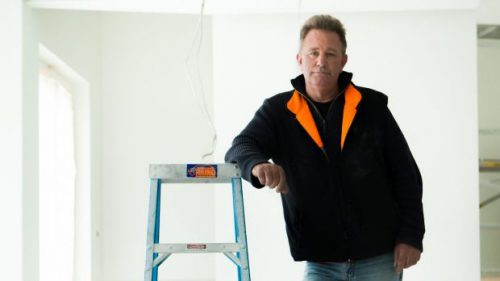 The name’s Bond – John Bond. Image from The Age

Bond’s case attracted the attention of Australian media, two of which began their own investigation into the issue. And apparently, back when MARA bought Dudley International House in 2013, it paid a whopping AUD$22.5million for it, amounting up to approximately RM67.9million! That raised a few eyebrows, because it’s considered a pretty exorbitant price for a property that looks ‘like an IKEA cupboard‘.

Dudley International House was a joint venture between two Australians, Chris Dimitriou and Peter Mills, and three Malaysians, Azizi Yom Ahmad, Abdul Ghani Yusof, and Dennis Teen. And when the building was first completed, these five individuals apparently had it valued at only AUD$17.8million.

“We knew they were influencing things behind the scenes, but I never met them.” – Bond, as quoted from The Age

According to confidential documents spotted by The Age, it was only when Azizi’s son, Erwan Azizi, approached some Malaysian officials at MARA that the price suddenly got inflated to AUD$22.5million, meaning it was overvalued by AUD$4.7million, which translates to around RM14.3million. Wait, given that the building managed to get marked up so much, it should mean that creditors like Bond are at a likelier position to get paid…right? 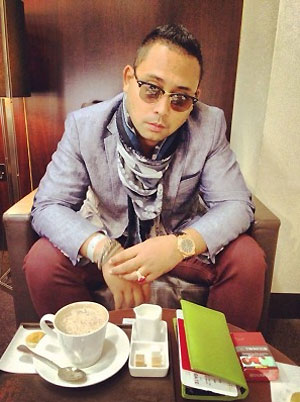 Erwan Azizi. Image from The Age

Well, no. For some reason, Dimitriou and Mills ended up appointing an administrator for the building, indicating that the developers cannot repay the people who built the house, including Bond. Okay, so when one appoints an administrator, it basically means that they’re suffering from serious cash flow issues and their properties may enter bankruptcy. Appointing an administrator means they’ll temporarily take over your property to help you resolve your issues, while protecting you from creditors who may take legal action against you.

And that was when Bond started getting suspicious and got the ball rolling on the investigations into the shady deal, because why would you be facing cash flow issues when you actually sold the building at a marked up price? Well, maybe it’s because… 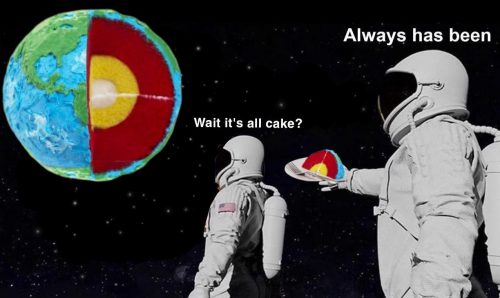 There was a building in Melbourne called Dudley International House, and then there was a random cake shop in Singapore helmed by a lady called Hanna Kamruddin, who had reportedly unknowingly become the director of one of the many shelf companies where the extra cash had been siphoned to.

It was reported that the extra AUD$4.7million didn’t go into the house or the developers at all – instead, it was all meant to provide kickbacks – or bribery – to Malaysian officials. Just recently, auditors from Ernst and Young prepared a report for our government that pretty much detailed out all of MARA’s alleged money laundering behavior in Australia, and identified three MARA officials who played central roles in the transaction, and they are:

When the story broke out, Annuar Musa was serving as MARA chairperson, but he wasn’t implicated in the whole thing at all.

“To the best of my knowledge, that A$4.8 million went to Malaysian parties.” – Dimitriou, as quoted from Malaysiakini 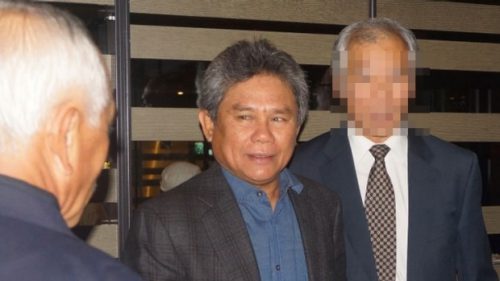 According to Dennis Teen, one of the developers of the Dudley building, they “would not have a deal” if they hadn’t agreed on marking up the price of the building in the first place.

It was found that top MARA officials allegedly bought the building at such a high price because they wanted to invest dirty money into the building. And then they’ll issue invoices for what were supposedly non-existent services, like ‘professional advice’ and ‘consultancy and advisory fees’, to the Australian developers so the Australians will pay them back with the allegedly dirty money. If the MARA officials really did to these things, then Dudley International House was basically a money laundering hub for them.

So where do all these money go? Well, that’s where Hanna Kamruddin comes in, the cake shop operator that we told you about earlier. Apparently, Hanna had agreed to help three Malaysians to open up an offshore company and a bank account in exchange for AUD$1,000. While she insisted that she didn’t know who these men were, she seemed to remember that they were linked to a Malaysian government agency.

“When I look back, it was a very stupid decision.” – Hanna, as quoted from The Age

And et voila, the cash is now ‘clean’ and back in the pockets of these Malaysian officials purportedly from MARA. However…

MARA allegedly also laundered money with another building in Australia Any student who’s spent some time in Melbourne would recognize the student housing organization UniLodge, where it provides a number of accommodation options for overseas students studying in Australia. And a few years after the exposé on Dudley International Media, it was found that MARA could have been doing the same thing with a UniLodge building in Swanston Street, Melbourne.

See, when the owner Lionel Harber was going to sell it, the building was valued at only AUD$23.5million. However, with the intention of purchasing it, MARA requested for another valuation by Raine & Horne International in 2012, who inflated the value to a jarring AUD$43million! Y’all, that means MARA overpaid for it by AUD$19.5million, which is approximately RM59million in local currency!

When informed that Swanston UniLodge had been sold at that value, Harber only said…

“That’s a joke.” – Harber, as quoted from Sydney Morning Herald

And where did the extra cash go? Well, further investigations later found that the parties involved had allegedly set up two shell companies, other than the cake shop owner, to take part in the UniLodge transaction, and the extra cash was said to have been used to line the pockets of the Malaysians involved.

And yeah, according to the Ernst & Young auditors, the three MARA officials that we mentioned above may have something to do with Swanston UniLodge as well. So yeah, based on the investigations by Australian media and authorities, alongside the report by Ernst & Young, it does appear that MARA has been knowingly acquiring properties in Australia to wash off dirty money. Despite the fact that these two dealings were exposed years ago…

The Malaysian government is still investigating the case

Only a few days after the news on the Dudley property scam broke in 2015, Australian authorities had begun investigations and raided the houses of the parties involved, such as Peter Mills and Chris Dimitrious. And while he was still MARA chairman, Annuar Musa had promised to cooperate with all investigations carried out locally, but nothing seemed to have come out of it as yet.

And everyone seemed to have kinda forgotten about it, until the Australian authorities had officially arrested and charged Dennis Teen in July this year, who was one of the developers of Dudley International House, for bribing a foreign official and falsifying accounts. Since then, a number of MPs and government watchdogs have called for MACC and the Attorney-General’s Chambers (AGC) to take action against the Malaysians involved as well. In addition, they’re also calling for the money that’s been siphoned to be returned to MARA as soon as possible.

“Malaysians are now watching closely whether the MACC and the Attorney-General’s Chambers (AGC) will take action on the Malaysian officials involved in this corruption case.” – Seputeh MP Teresa Kok, as quoted from FMT

The thing is Dudley International House and Swanston UniLodge are not the only buildings that MARA had acquired over the years. The agency also owns two other properties in Melbourne, of which they’ve also been accused of using to launder money, so whether MARA has been laundering money through the other buildings as well is still up in the air.

But for now, current MARA chairperson Azizah Mohd Dun has reassured the public that investigations are still underway, even though it was said to have been almost completed back in 2017. We guess the only thing we can do is give the MACC a little more time to make sure it’s actually completed.

“Mara also greatly appreciates the concern of the public and the media regarding this issue. However, I call on all parties to give space to the authorities to conduct an investigation based on the provisions of the existing law.” – Azizah, as quoted from Malaysiakini