If ugaiz have experience keeping fish as pets, you may know a few breeds like the goldfish, guppies and janitor fish. Have you ever walk into an aquarium store and see this? Yeap, this is the janitor fish. Img from fpsbutest

While it is also known by its other names like the Amazon Sailfin Catfish or its scientific name, Pterygoplichtys pardalis, we shall just stick to its Malaysian name which is the ikan bandaraya. It is known with that name because just like the janitorial municipal councils, it has a janitor-like behaviour. If any of ugaiz have rear this fish before, you would know that it cleans up your aquarium by eating up algae from it.

The Johor Fisheries Department has recently announced that the population of this fish is on the rise in Sungai Skudai, Johor. It also added that this is worrying because this fish will negatively impact the habitat of local freshwater fish in the long run. This is cos, strangely…

As a fish that only eats greens, it is pretty carnivorous!?

Ikan bandaraya, which originated from the Amazon river and are sold at about RM3 to RM5 locally, are normally reared in aquariums. According to exotic fish enthusiast, Effendi J. who once kept an ikan bandaraya, most people would rear this fish due to its affordability and adaptability to various water conditions.

However, once the fish outgrows the aquarium or, based on Effendi’s personal experience, when it starts attacking other fish in the aquarium, owners would normally release them into rivers or lakes.

While this might seem like a harmless act, it was reported (and these reports came from all around the world btw) that these fish can disrupt the ecosystem.

Although these fish are known to be non-predators which feed on algae, aquatic plants and organic stacks, we also found out that they are baby fish killers! This is because they may also feed on fish larvae and dead fish! For instance, it was reported that this species feeds on the Fountain Darter’s eggs, a type of fish which is considered endangered.

But aside from being baby fish killers, ikan bandaraya are also known to be tough competitors to other native fish. When they invade rivers, they would disrupt the existing food chain. Eh, how does that even work!?

According to Krista Capps from the Department of Ecology and Evolutionary Biology at Cornell University, the flow of nutrient within a river regulates the growth of algae and microbes. So, when ikan bandaraya invade a river, they will disrupt the availability of food supply in the food chain and affect other living things that depend on those food. And, yes, these fish are said to be willing to compete for food with other tiny native fish in the rivers they invaded.

But the disruption of food chain may also be caused by ikan bandaraya’s weird habit of burrowing themselves into the riverbed. Normally, the male fish would do this to attract the females which will then lay her eggs there as the male fish guard them. And this burrowing behaviour is said to cause underwater plants to be uprooted which indirectly affects the food supply in the river.

And because these plants have been uprooted, the river would be covered with a layer of sediment made up of clay, soil and dead plants! This pollutes the river, turning it murky. Yeap, ikan bandaraya are capable to cause rivers to look like this. Img from World Atlas

Earlier we mentioned that their population is said to be on the rise in Sungai Skudai. This is because the quality of the river was said to be declining which actually help the growth of these fish’s population la. Consequently, most fishermen aren’t able to catch other fish except for these ikan bandaraya. It was reported that 61% of these fish are caught in the river in 2018 itself. That’s more than half of the fish population in the river!

This has caused fishermen to spend so much time to remove these fish from their nets when they’re caught. But these fishermen are reportedly even more annoyed by how these fish are destroying their fishing gears and nets. Although ikan bandaraya may look innocent and harmless, they actually have armours on their bodies that may have destroyed fishnets when they tried to escape those nets.

The body of ikan bandaraya. Img from Recipe Apart

If the fish can cause so much mafan-ness to human and the environment, isn’t there anything we can do about it??

The Thais actually found a way to control its population… by feeding it off to the Mekong giant catfish!

We mentioned that there are reports stating that ikan bandaraya can disrupt the ecosystem in rivers and this is happening all over the world. When the Thais found out that these fish were invading their rivers, they had to do something about it. Thai researchers eventually found a way to control the population of this species by using its benefits instead of just killing it. And that is by feeding them off to cultured fish. A cultured fish doing his job right. Img from Meme

But, no. We’re actually talking about those fish reared in ponds, usually for human consumption.

NAH, BACA:
There's a ban on bringing back pork at KLIA... during Chinese New Year!? WHY?!

Apparently, ikan bandaraya is rich with nutrition as it was found to have high level of protein, carbohydrate, fat, vitamins and mineral salt. This enables them to supply sufficient nutrition to cultured fish. And that is probably why the Thai researchers believed that these fish can be captured to be fed to commercial fish species including the Mekong giant catfish.

Speaking of which, Malaysia was superclose to import this giant catfish into the Kenyir lake as an initiative to replenish the fish population there. However, this proposal was rejected by the Terengganu people and environmentalists who fear that these giant catfish would threaten and ‘colonise’ the lives of the indigenous species in the lake. 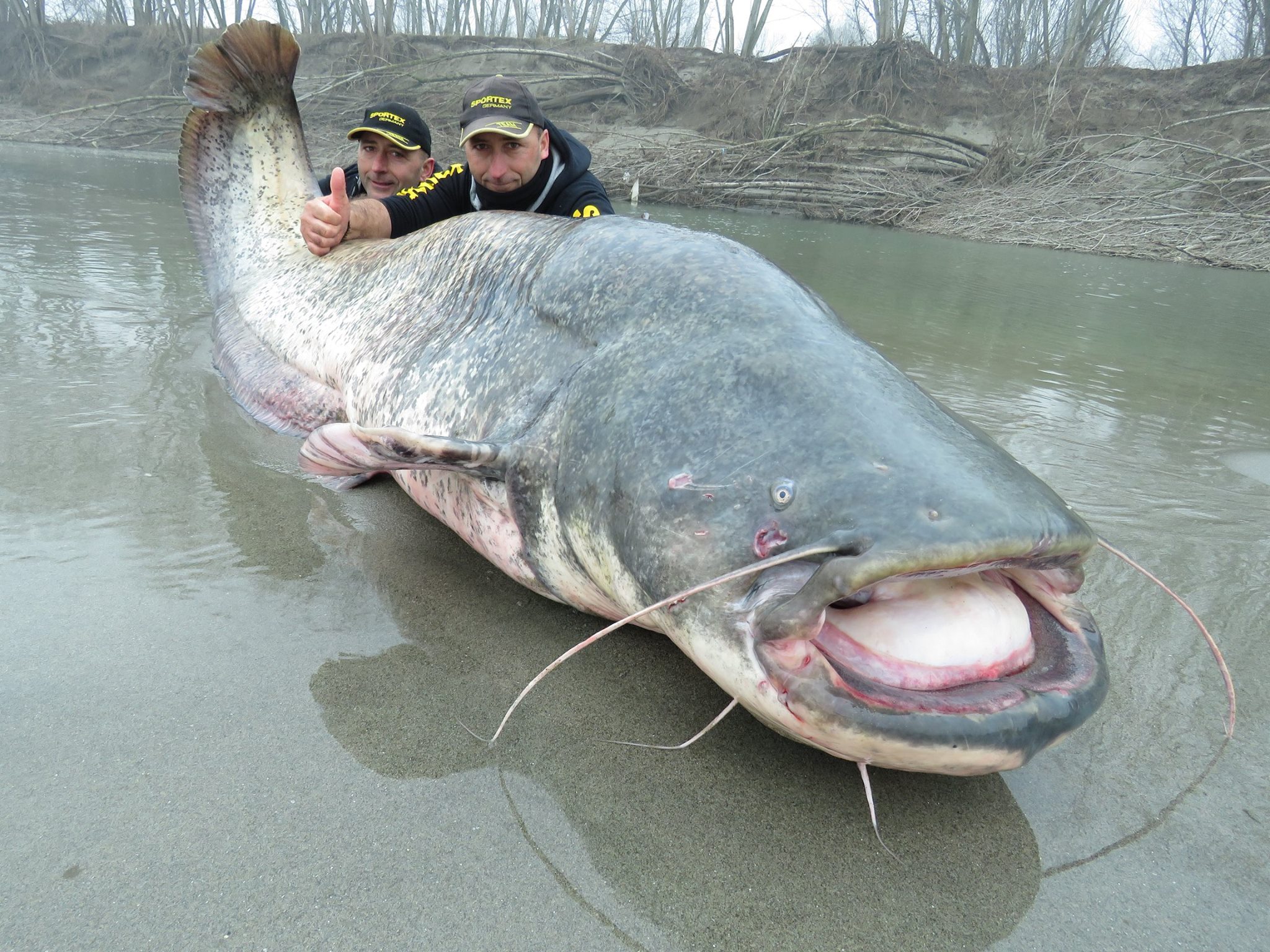 Holy carp! Just look at how big this catfish is!! Img from NTD India

But can we at least eat ikan bandaraya since we don’t have giant catfish to eat them? There were reports stating that these fish can be turned into livelihood products like fishmeal, collagen and fish paste for human consumption. Heck, some Southern Americans do eat this fish, either grilled or in soups.

However, the Malaysian Nature Society’s (MNS) vice-president, Vincent Chow claimed that we can’t even eat these fish. But we aren’t quite sure why he said that. If any of y’all know if it is safe to eat this fish, do let us know in the comment section below. 🙂

Vincent, who has been highlighting this issue for about 10 years, suggested that the municipal councils can organise a competition to catch the fish in exchange for a reward. His suggestion might have came from his claims that there are no known predators for the ikan bandaraya.

It was reported that intensive fishing of ikan bandaraya can help control the population of this species. However, the problem with this is lack of consumer demand on ikan bandaraya especially when it comes to the commercial market. This is probably what it means by intensive fishing. Img from Utusan

Although Vincent said we can’t eat ikan bandaraya, they may be useful to us in some other way. And that is because…

This janitor fish can literally clean our shishi la  😮

But they definitely don’t need mops for that la. Gif from PicsWe

It was reported that since there is deficit of water throughout the world, there is a need to recycle waste water whenever possible. And how does one do that?? By rearing fish that can change the pH level of sewage water to normal so that it is usable.

As a matter of fact, it was reported that these fish can benefit the ecosystem, especially in Malaysia, as they feed on the organic piles and other substances dumped from development sites into the rivers.

Despite how we can benefit from these fish, Vincent and the Johor Fisheries Department highlighted the importance of education among fish hobbyists on dumping their pet fish. The department had also warned people to not simply throw their fish into waterways. It also plans to amend the Fisheries Rules of 1951 to ensure sustainability of natural resources and fish is protected.

But this isn’t the first time cases like this happen in Malaysia. We previously wrote on how the Sabah state govt had to rear bugs to fight off ferns that was covering rivers. It was said that the ferns were thrown into rivers after being reared in aquariums. We also found out that dumping goldfish and tortoise have similar impact to dumping ikan bandaraya in waterways. We talked about the impact in details and you can read more here. This isn’t a field but a supposed river covered with those ferns. Img from Wildlife Management Pro

At the time of writing, ikan bandaraya may not really pose an alarming threat to our local ecosystem yet. However, it might set a reminder for everyone, especially fish hobbyists, to think twice about releasing them (or any other underwater organism for that matters) into waterways when they’re no longer needed. In fact, you may want to consult with any fisheries department before disposing your pet fish.