Universiti of Sains Malaysia (USM) archaeologists recently found a cannon and a mortar during excavation works at the outer part of Fort Cornwallis. How did the cannon end up like that? Image from FMT (Bernama pic).

And this isn’t the first time either. They found two cannons and 9 cannonballs the year before! Wah seems like anyone with a spade and a metal detector can find more hidden treasures at Fort Cornwallis. In fact, there are an estimated 100 other cannons and 10 other mortars, which are still buried underground!

But if you’re planning to go treasure hunting there, perhaps it’s a good idea to know a bit about the history of this iconic Penang landmark, and how it ties intrinsically with the history of the Island itself, starting with… From the book, Gentleman Capitalists: British Imperialism in Southeast Asia 1770-1890 by Anthony Webster

In the mid 1700s, the British East India Company (EIC) was looking for a port to help boost commercial and admin activities, between its base in India and trade destination in China, as both were experiencing a boom. Southeast Asia was the target, specifically to try to secure a settlement in or near the Straits of Malacca. 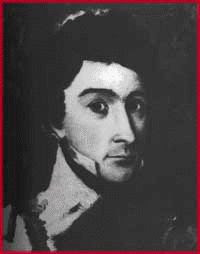 In Kedah, there was a free merchant with a very familiar name (from your sejarah books) that had cultivated good connections with the locals. Captain Francis Light convinced the British to form a trading station in Kedah, by grossly exaggerating the amount of exports that Kedah had (tsk… angmohs). At the time, Kedah was under threat from the Siamese and the Dutch, so they were looking for a protector.

The British at the time were in an uneasy peace treaty with the Dutch, and so they couldn’t approach Johor (whose position was more ideal for a port), so Francis Light recommended that Penang Island would be a great place for trade and ship stopovers between east and west since it’s strategically located along the Straits (also by exaggerating its potential and hiding its limitations).

In the 1780s, Kedah was under threat from Selangor as well, so the Sultan was relieved to strike a deal with Light and the EIC, granting him Kuala Kedah and the entire coast including Penang Island as long as Light kept to his promise of protecting Kedah from Selangor. On 15 February 1786, he wrote to the Governor-General of India, Lord Charles Cornwallis, on the success of his mission in getting Penang.

As Lords do, they build forts, and name them after themselves lo.

The first Fort Cornwallis was made of trees. But it rotted away.

On 17 July 1786, Light first landed on Penang’s shores. The location he chose for his settlement, near Tanjung Penaga, used to be covered with lots of trees, so his guys straight away cut some down to make room for their tents. But the area was exposed to the threat of pirates and foreign powers (which funnily included Kedah), so he needed some form of protection there. The ceremony of christening the island. Image from Itchyfeetandmore.

So, he marked out space for a fort and put up a flag to show formal possession of the island while naming it Prince of Wales Island. If you’ve visited the fort, you could probably imagine how it looked like in its early days when only nibong palms were used to create a simple stockade (barrier made of wood or something similar). 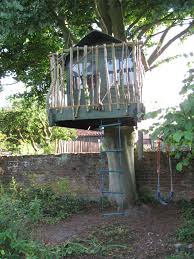 Not an artist rendition of the first Fort Cornwallis. Image via Davidwhite2013

Strangely, we couldn’t find information of any other forts made with nibong palms anywhere in the world, and no photos or paintings of the Fort Cornwallis one either, but that’s probably because the nibong palms rotted so quickly and always had to be replaced. 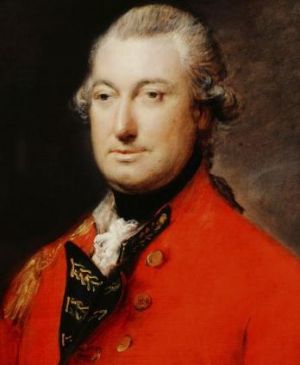 They only started putting bricks because of… the French?

Three years after the simple stockade was completed, Indian convict labourers began rebuilding the fort using bricks. Then, when Light heard that Britain and France were having a war, he feared the French would soon come to Southeast Asia (like the Dutch and the Portugese), and quickly tried to replace the whole thing with bricks. Flag signals were also added to warn the ships which approached the northern tip of Penang Island.

NAH, BACA:
Is Penang seriously banning the use of loudspeakers in mosques?!

To build the fort using bricks, it was given a new star-shaped design, which was based on geometric and military engineering principles refined by the French and British and have been used throughout Europe and North America during the 18th century.

The design was the result of visits by many engineers, who studied the island and its defences before drafting the plan in such a way that it allowed all outer sections of the fortification to be covered by the fort’s own guns without firing upon the structure itself. But the fort has been criticised by naval and military experts who said that it was too small, too weak and too low to be useful in defending the island. 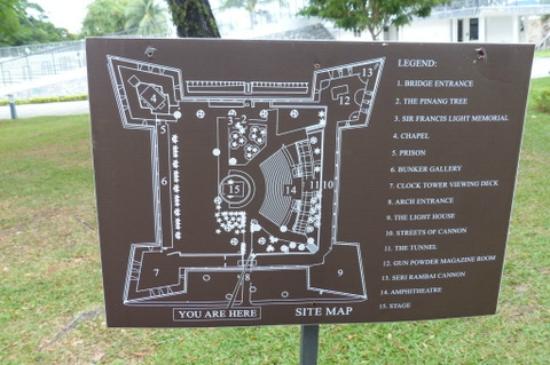 The “star-shaped” design of the fort. Image from Trip Advisor.

As Napoleon rose to power in France and the Treaty of Amiens (a peace deal between France and Britain) collapsed, the whole brick fort was completed. The British then studied ways to improve the island’s defences, to protect themselves especially from the French, since the Napoleonic War was at its peak.

At the same time, the British considered abandoning George Town in favour of a proposed settlement in Jamestown (Bayan Baru) and even set aside some funds to develop Jamestown. But the George Town residents found moving there too expensive, so the plan was eventually cancelled. So, Fort Cornwallis was repaired and rebuilt instead.

And it’s one of the few forts in the world that never fired a single shot. Kinda.

Although the initial purpose of the fort was for defence, it became the first military and administrative base of the EIC and the birthplace of Malaysia’s modern legal system in 1808 (Supreme Court of Penang). The fort apparently never fired a gun in the context of war, but the cannons were instead used to fire blanks to celebrate special occasions.

Recent discoveries do put this theory to question, with cannonballs found littered around the fort, raising the possibility that the fort was engaged in some form of military activity. Plus, during the Penang Riots in 1867 when the red flag and white flag societies fought in the streets, women and children fled to the fort for safety. And the whole time these developments took place, military regiments from India had been sent to Penang Island to protect it. The fort then became a base for the Sikh and European police force (in fact, the first Sikh gurdwara in Penang was said to be built in the fort).

It was semi-demolished (twice), but thankfully it’s now a UNESCO Heritage site

At the start of the 20th century, plans were made to demolish the fort to make way for offices to serve the new Swettenham Pier. Ironically, World War 1 paused the demolition, so during the war, the first Chinese Company of Penang Volunteers used the fort to carry out drills. After WW1, the demolition continued, but only until the 1930s, when Governor Shenton saved the fort from further destruction. Just before WW2, a statue of Francis Light was commissioned. During WW2, the Japanese seized Penang from the British, but rather than demolishing it, they used the fort as a site for military workshops, detention centres and storehouses. The statue. Image from Trip Advisor.

In the years following WW2, so many efforts were made to retrieve some of the fort’s lost cannons, and by the early 1970s, an amphitheatre and ancillary buildings were constructed there for cultural performances. In 1977, Fort Cornwallis was declared a National Monument. In 2000, the Department of Museums and Antiquity granted RM2.1million for a project to restore the fort, which was completed within a year involving various expertise (structural engineers, conservation consultants, archaeologists, geologists etc). The entrance of the fort that tourists might first see before they step into a historical realm. Image from Penang Wikia.

To transform this place into an international tourist site after privatising the management of the fort, the state govt accepted a proposal from Esplanade Park to run the fort, with some help from heritage agencies like the National Heritage Dept.

“George Town is one of the most complete surviving historic city centre on the Straits of Malacca with a multi-cultural living heritage originating from the trade routes from Great Britain and Europe through the Middle East, the Indian subcontinent and the Malay Archipelago to China.

It bears testimony to a living multi-cultural heritage and tradition of Asia, where the many religions and cultures met and coexisted.” – Lim Guan Eng said in his speech at the fort’s 228th anniversary celebration in 2014.

In 2008, UNESCO declared George Town a World Heritage Site, and rightfully so.