Yoo hoo! How y’all doing? Have you registered for Covid-19 vaccinations yet? If you haven’t, do so now!

And hey, speaking of vaccines, you might have heard the whole conspiracy theory about the Illuminati putting microchips in the vaccine and stuff. We won’t be opening that can of worms anytime soon, but it’s kinda amazing that technology had come far enough that even conspiracy theorists know that microchips can be made small enough to fit through a hollow needle.

Through innovations in design and technology, microchips have been shrinking a lot over the past few decades. When someone managed to break the limit on how small they can make a microchip, that’s headline material, so you might be surprised to know that Malaysia was once able to boast that we have the world’s smallest microchip back in 2003. It was creatively called the Malaysian Microchip, or MM chip for short, and…

No, seriously, the guy said so himself. It’s important to us that you know that. Anyways, getting back to the microchip…

The MM was about the size of a grain of sugar Original img from The Star.

To be fair, the MM chip may not be a 100% Malaysian invention. We sort of bought the intellectual property rights for it from Japanese research company FEC Inc., who designed it. Still, dubbed as the world’s smallest microchip at that time, the chip was believed to ‘revolutionize the use of technology in everyday life’. It also marked perhaps the first time we flexed on having the smallest of something.

“The Government is acquiring ownership of the chip and we have the proprietary right to the design, to produce and market the chip. We believe we are ahead of the others because the others (chips) are much bigger. The advantage of this chip is its built-in antenna, which could be used for various applications from health to security,” – Dr Mahathir, as reported by The Star in 2003.

As for its function, the MM was an RFID chip with an antenna, which means that it works roughly the same way as anti-theft tags and security cards that you tap on a receiver, with the advantage of being so small – announced to measure 0.25 mm × 0.25 mm – that you can put it on a piece of paper without people noticing it. It’s also multiband, meaning that it can be used in other countries with different radio arrangements as well. Apparently, a promo for the project. Img from FDocuments (link not safe).

But that’s not the end product. After the initial announcement, the government spent a few years doing more research on it and came up with three versions of the MM chip in 2007 (MM1, MM2 and MM3), the smallest of which measured 0.7 × 0.7 mm. That was significantly bigger than the initial version, but it was still claimed to be the smallest in the world at the time of launch. At the time, the chips were produced in Japan, with plans to move the production to Malaysia sometime later, under a company called SilTerra Malaysia Sdn Bhd.

While things are sounding shaky so far, the MM chip was a pretty huge (tiny?) deal for Malaysia at the time. Sure, maybe we didn’t design it, but the government back then wanted us to make technology instead of just using technology, and everybody’s gotta start somewhere. Besides aspirations to use the MM chip as the starting point to develop our own technology, there were plenty of plans on how we’ll be using MM chip itself, like using preventing the forging of documents, tracking all sorts of stuff you can slip the chip into, and even ‘‘preventing the possibilities of terrorist acts” somehow. We dunno how, exactly. Maybe by threatening to implant them with it or something.

The price tag was a bit hefty (development was said to cost between 50-60 million dollars), but according to then Home Minister Radzi Sheikh Ahmad, there are plenty of uses for it, and we can even sell it anywhere in the world because of the multiband feature.

“You think about the application, it is mind-boggling because there is no limit to it. We will go out internationally to market it anywhere in the world,” – Radzi Sheikh Ahmad, as reported by MalaysiaKini in 2007.

So you can see how enthusiastic the gomen was about the chip, but for some reason, there had been a mind-bogglingly low number of reports on what happened to the MM chip after that. We could find no further news reports on the chip, and it was rarely mentioned in academic papers as well. While we do know that there was significant activity in Malaysian microchip factories because an economic paper mentioned the workers there being cheap and competitive due to exploitation, references to the actual MM chips were rare.

NAH, BACA:
7 Fantastic Malaysian beasts and where to (probably) find them

An economic book from 2012 has half a page dedicated to the MM chip, and we learned that the first planned applications of it in Malaysia will be for tracking luggage going between Malaysia and Hong Kong’s airports, and tagging and identifying original movie DVDs and VCDs, to address the piracy problem. 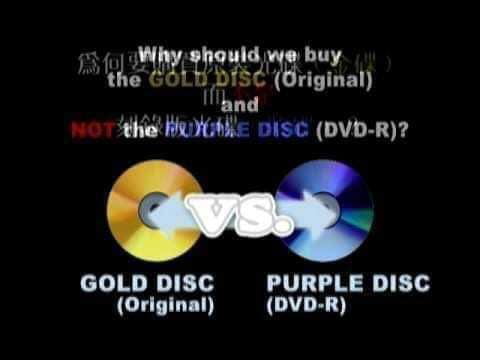 Besides luggage and DVDs, it seems that other planned uses for the MM chip include tracking things like car license plates, bed linen in hospitals, and students, and for use in Touch n Go’s e-purse cards. While we can’t verify the bed linen and student thing, it seems that the plan for microchipped car license plates never took off, and Touch n Go seems to use a different microchip made by a Dutch company.

The most popular thing off the top of our heads that could’ve used the MM chips would be our MyKads, which was launched three years after the MM chips. However, we failed to find any connection between MyKads and the MM chips, so we can assume that MyKads used another kind of microchip for its Touch n Go function. In short, we found some references on what the government planned to do with these chips, but we can’t find reports on what actually happened to those plans or how successful they were.

A possible explanation was that the MM chips got rebranded and called something else, but a paper from 2018 describing their manufacturing process referred to the MM2 variation, so that’s not likely. At this point, you might be asking…

What the heck happened to the Malaysian Microchips?

For something that was so hyped up during its launch, it’s weird that news of its application is so hard to find. According to reports, the application was supposed to be carried out by a company called Senstech Sdn Bhd, a subsidiary owned by the Malaysian Industry-Government Group for High Technology (MIGHT). MIGHT is a think-tank under the Prime Minister’s Department responsible for the Malaysia Microchip Project, of which the MM chips were under. However, while there is a small mention of the project on MIGHT’s Wikipedia page, we failed to find anything about it on MIGHT’s official website.

We looked up SilTerra, the company that was planned to take over the MM chips manufacture after Japan, but it wasn’t pretty. Apparently, SilTerra haven’t been doing well, and Khazanah had been trying to sell it off since 2008. Based on another news report, it seems that local companies aren’t too keen on making RFID stuff with them, and SilTerra was even seen as a white elephant by some. So maybe the MM project didn’t get much love from the people.

While we do know that Senstech collaborated with some local universities on projects involving the MM chips, not much was said about the outcome. With nothing but dead ends, we can only offer up theories about what happened to the MM chips.

One of them is that the MM chips became obsolete before anything could happen. Japan’s Hitachi unveiled a microchip that’s only 0.05 mm across three days before the MM chips’ 2007 launch, and Taiwanese scientists made one that’s only 9 nanometers across (0.000009 mm!) just three years later. Considering that it took us around three years of research after the first launch, plus possibly several years more after that to test out the applications, it’s possible that better technology came along and we moved on before anything huge could happen with the chips.

The other theory is that one of the scientists sneezed on to a table holding all of the MM chips we had, and we lost them all. We dunno. Your guess is as good as ours at this point. So if you know something about it (or have a theory of your own), do reach out to us, but until then, don’t forget to sign up for the vaccinations!