Talk about writing, and you’ll probably think that it’s an easy job. Like, you could just open up a word document and type things and that would be writing…right? Ask just about any writer here at Cilisos, and we will firmly tell you that no, writing is not simple and it is certainly not easy.

As we know, the local writing scene is not big and it can be pretty difficult to break into it, but there are some who have been successful, like 57-year-old Julya Oui. If you’re into horror, high chances are that you’ve read her work, the most popular of which may be Taiping Tales of Terror. Now, there have been quite a few profile pieces written on her, such as The Star and Latitudes. But a lot of these pieces actually omitted one very important fact about her, which is that Julya’s actually a trans woman in Malaysia.

It probably comes to no surprise that being LGBT issues are often played up with much controversy. So now, perhaps you might be wondering why she’d be willing to reveal her gender identity to us? Is it because no one reads Cilisos #sobs? Here’s what she told us… 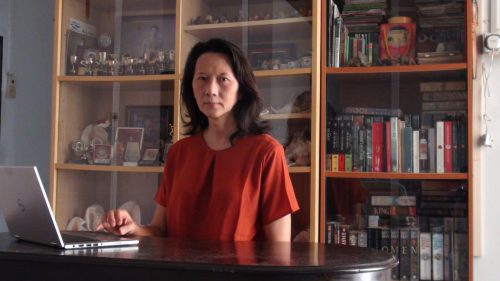 According to Julya, her decision to come out as an author who’s also trans is considered a small thing to contribute to the Malaysian transgender community, which has often been ostracized and sometimes even punished unfairly for being who they are. She wanted it to be seen as a way of putting the community in a more positive light.

“I’d like to think that there are better things to do than to attack a community who are already at war with themselves. When I first started out, I was quite hesitant to mention it lest there be an unpleasant repercussion, but times have changed and caught up somewhat.” – Julya, in an interview Cilisos

Not just that, we were told that her trans identity played a rather huge role in her writing, given that it’s one of the reasons she started out writing in the first place.

“Since I was kid, I knew I was different, but I couldn’t talk about it because the term LGBT didn’t even exist back in the 60s and 70s. Writing freed me from the bleakness of conditional living.” – Julya But of course, her trans identity isn’t the only inspiration to her writing. People generally know her – or if you don’t, this article should give you a clue – for her horror stories. According to Julya, horror actually came to her during a time when it seems like TV, movies, and books were all about this specific genre, from Dracula to Pontianak, and it became a very attractive genre for her.

“Perhaps I have had enough of sad poetries. Perhaps I wanted to see life from a different perspective. Perhaps I just loved the thrills and chills of horror stories. Most of all, I was fascinated by the way a horror story can be told around a campfire or candlelight, which made it even more compelling than any other genres I know.” – Julya

Writing was her bread and butter, but local producers nak tambah Cis

See, it’s kinda a pattern in Malaysia where employers tend to discriminate against transgenders and either refuse to hire them or harass them.

And Julya was also a victim of such discrimination. Other than writing horror, Julya’s also branched out into writing scripts for TV shows and movies. However, she told us that there have been times when her trans identity has kinda gotten in the way of her writing for local productions.

“Being a transgender got me rejected for some of my screenwriting jobs. There were a few jobs where I worked out treatments and an entire serial arc just to be left stranded without news or updates even when I tried contacting them.” – Julya

In our interview, Julya informed us that her former employers would purposely make her feel unwelcomed due to her being a trans woman. Censorship’s also something she encountered as well when it comes to writing books or scripts, where she would find herself either being sidelined or ignored, either because of her trans identity or the messages she tried to send in her writing.

But as the saying goes, in each loss there is a gain. Just because those in Malaysia haven’t been welcoming to her, people overseas didn’t seem to see it as a problem and appreciated her talents anyway. In a fortunate turn of events of Julya, she had the opportunity to work together with the producers of Ip Man and write scripts for them.

This scene is pretty iconic in Chinese cinema. GIF from LIHKG

“This wonderful director I was working with gave me the opportunity to work on TV and movie scripts, but I could only write in English. The scripts were translated into Mandarin. The difference is not so much the language or origin but the budget. The bigger the budget, the more demands there are for perfection.” – Julya

One of the scripts that made it onto the big screen was Fist of Dragon, a Singaporean-Chinese movie that tells the story of a man who accidentally involved himself in a mafia war. And luckily, there are some still some local productions that appreciated her talents and worked with her to produce scripts for local works as well.

So here she is, with a whole repertoire of horror books and even some scripts under her belt, but of course, much like other LGBT people who have been brave enough to come out of the closet… 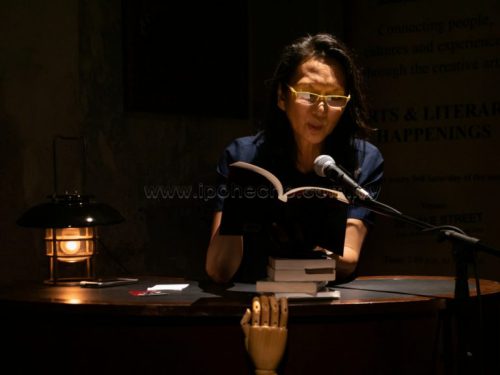 Before starting out a career as a writer, Julya had one other thing to reconcile with, which was her gender identity. Despite having known that she was different from the others since she was a kid, we were told that it took her quite some time to fully acknowledge and accept herself as a trans woman.

According to Julya, she had always had her belongings packed, just in case she would be disowned once she came out to her family. Though thankfully, her family learned to accept her and didn’t disown her. At some point, she was filled with so much self-hatred that she even inflicted self-harm on her own body out of frustration.

It was only 2002 when she finally accepted who she was and seriously considered her next steps, which was to head over to Bangkok for a gender confirmation surgery, which used to be called sex reassignment surgery or what your uncle might call a sex change.

“My grandma passed at the beginning of 2002 and it must have provoked me to wake up to my own existence. I thought very seriously about where my life was heading to and I decided to do something about it.” – Julya

Only after the surgery did she finally feel at peace with herself and was ready to take on the things she loved doing, such as writing.

The transgender flag. GIF from Tumblr

You may be surprised to learn that she didn’t start out as a writer. In her youth and before her transition, Julya took up graphic design as a major. And after she graduated, she held a few jobs in that field, even becoming a lecturer for a time.

Still, while working these jobs unrelated to writing, Julya kept writing. Back in the day, there were apparently no known publishers in Malaysia, so she tried sending manuscripts to publishers in the US, only to be rejected. It went on for quite sometime, until 2011, when emerging local publishers picked up on her first book, Bedtime Stories from the Dead of the Night.

“Needless to say it was a long journey. My first book was only published in 2011 when local publishers seemed to show more interest in local writers.” – Julya

Nevertheless, in spite of her struggles to reconcile with her own trans identity and long road to getting published, it’s undeniable that Julya’s made a mark in the Malaysian literary world. And now…

She’s found a place where she can be herself 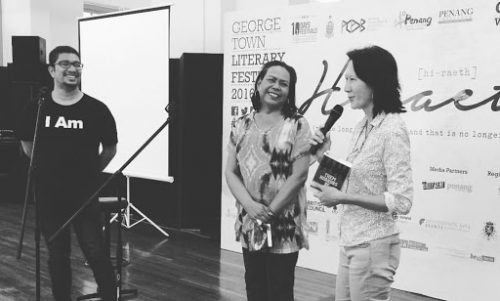 Image from The Daily Seni

Writing can be a daunting task, much less writing as a trans woman. Fortunately for Julya, like other aspiring writers, she found a place where she’s accepted her being herself, either professionally or personally, with writing groups like PEN Malaysia, a Malaysian chapter of an organization that upholds freedom of expression among Malaysian writers.

“The Malaysian PEN chapter is an organization that works with others to ensure Malaysian literature is promoted and that freedom of expression is more protected.” – Project Co-director of Sembang Baru/New Conversations Ann Lee, in an interview with Cilisos

On the 26th of November, PEN Malaysia’s conducting a three-day online forum called Sembang Baru/New Conversations, where authors from all corners of Malaysia will talk about writing and their journey to establish themselves in Malaysia.

And of course, Julya will be there talking about her experiences as a trans woman author, so if you’re at all interested, you can always check out the event on Facebook.

“I cannot claim representation for all transgenders because we are all individuals with our own ideals. What I can do is tell my story and the truth about the long and tedious journeys taken by other transgenders.” – Julya

A lot of the time, we enjoy a book for what it is as a story, while not knowing what the author even looks like. At the end of the day, you literally just judge a book by its cover and not its author, so the same philosophy should probably apply to the transgender community as well. They may serve your food; they may sell your movie tickets. Heck, some of them may have even written your favorite stories.

Share this article:
NAH, BACA:
Malaysian students who commit crimes are jailed. But they continue their education and graduate