Malaysia is standing in the eyes of the world yet again, this time due to a recent contest held by the Ministry of Health. The contest, which aims people within the teenage years, has a theme of “Hargai Diri, Amalkan Gaya Hidup Sihat” (Value Yourself, Practice Healthy Lifestyle), and it consists of making 3-minute video clips based on that theme. The poster advertising the contest. Source

The thing that started the hullabaloo is a report by Reuters claiming that one of the scopes of the video is on how you can prevent homosexuality and transgenderism, as part of a healthy lifestyle. And Reuters weren’t that far off the mark. The whole issue had been covered by various international media, blogs and news outlets, with some prominent names in the industry such as BBC News and The Japan Times linking the issue with our past issues such as the imprisonment of Anwar Ibrahim due to alleged sodomy and the demanded cutting of allegedly homosexual scenes from the recent remake of the Beauty and the Beast movie.

A quick look at the Facebook comments can give a general idea on how people reacted to the contest: A sampling of the flabbergasted.

Having been a victim herself, SEED Foundation’s Nisha Ayub is no stranger to the discrimination faced by the LGBT community in Malaysia. She urges that we should first learn what LGBT is, and get proper information on the matter. Another local activist, Pang Khee Teik, had a similar opinion of the contest.

“The very fact that they lump LGBT people under a category called ‘gender confusion’ shows that the authorities are very much confused themselves… It is mind-blowing that a government agency wants the whole country to be sucked into its confluence of confusion,” – Pang Khee Teik, as quoted by The Japan Times.

However, just before we published this article, the Ministry of Health had a meeting with the Malaysian AIDS Council as well as Nisha Ayub on the 7th of June and decided to remove the terms ‘gender confusion’ and ‘LGBT’ entirely from the contest. In a Facebook post by Nisha, she applauded the Ministry for their interest and commitment in understanding the issues, needs and concerns of the LGBT community.

“With both parties discussing and agreeing on the matter in a professional manner, I see the genuine interest of MOH in regards of working with the community. MOH have agreed on removing the term ‘Gender Confusion’ and ‘LGBT’ in the video competition.” – Nisha Ayub.

While it’s great that something was done, one might wonder: why are things like this still happening in the first place?

Cos this sure ain’t the first time this has happened…

The LGBT community has always had its fair share of issues here. There is currently no SOP for transsexual prisoners in Malaysian prisons. Accordinf to the Human Rights Watch. (100-page report in PFD), transgenders in Malaysia are persecuted from both the Sharia and regular police, prison wardens and generally have a harder time living within the confines of the current laws. Tinky-winky ain’t got no time for your sass. Source

Back in 2011, where 66 effeminate boys were sent to a special camp to get them to be more masculine. The boys were identified as effeminate by their teachers, and according to state officials, could end up being gay or transsexual if left unchecked.

“As educators, we have to do something about it before the young ones misunderstand people and reach the point of no return,” –Razali Daud, state education director, as reported by New Straits Times.

A year later, the Education Ministry allegedly published a field guide of sorts on how to identify gays and lesbians who walk among us. The guide, launched at a parenting event in Penang, sets forth four criteria each for identifying gays and lesbians.

Lesbians are so mythical. Source

However, the Education Ministry had denied that the guide came from them, instead being published by the Yayasan Guru Malaysia Bhd and Putrajaya Consultative Council of Parents and Teachers Associations. As to its usefulness, you can probably get more info from this Buzzfeed guide.

The JAKIM video for curing homosexuality, on the other hand, came into the public’s notice earlier this year, and while it still claims that homosexuality can be cured by a straight marriage among other things, the video as well as the accompanying booklet isn’t as condemning as one might expect. Although not perfect, this move by JAKIM actually showed their effort in understanding the LGBT community.

Did anyone understand Him, though? Source

But is there a solid scientific reason to be anti-LGBT? Earlier in the article, Datuk Dr Lokman Hakim had stated that the objective of the competition is to empower teens to make wise decisions in preventing sexual health problems. These include a higher rate of sexual activity and the transmission of HIV, which is a serious problem.

According to the Global AIDS Response Progress Report (40-page pdf) published last year, there are four key populations in which the HIV epidemic is concentrated in Malaysia. They are People Who Inject Drugs (PWID), Female Sex Workers (FSW), Men who have Sex with other Men (MSM), and TransGender people (TG). Based on the graph, men who have sex with men are the least precautious when it comes to engaging in their risk behavior, that is wearing a condom before sex. By comparison, 80% of transgenders do remember to ask their clients to slip one on, but only around 55% of the gay men do.

When looking at the transmission of HIV, in 2016 the Health Minister Datuk Seri Dr S Subramaniam had revealed that 70% of HIV cases are transmitted through heterosexual relationships, mainly from female sex workers to their male clients, who then pass it on to their families. The majority of HIV transmissions used to be from intravenous drug users, but in recent years the trend had changed.

Of course, heterosexuals do it too, but significantly less frequently.

Nevertheless, the vice-president of I-Medik, Prof Madya Faridah Hanim did say that there is data in the above report that quotes

“…a bio-behavioural study survey revealing that there’s an alarming trend of alcohol consumption and psychotropic drugs used prior to having sex among transgenders and gay people that impede the proper use of condom during sexual intercourse.” – Prof Madya Faridah Hanim Mokhtar.

While correlation doesn’t always equal causation, we did find one study that provided pretty solid causation. 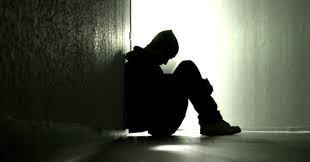 Adolescence is a fragile stage, and teens have enough to deal with without the social stigma of being different. It should come as no surprise, then, that a study found that this stigma against the LGBT usually causes a psycho-social stress for them, which in turn may lead to risky behaviors such as having suicidal tendencies, eating disorders, substance abuse and risky sex, among other things.

Due to the stigma as well, homosexual and questioning students are often bullied and become victims of violence. However, a study found that the negative impacts of homophobic bullying can be lessened by putting them in a positive school climate, one where no homophobic teasing is allowed. The kind of violence that they are prone to is not the kind that they inflict on others, but rather the violence that are inflicted upon them. Based on these two studies, one can say that LGB and sexually questioning teens who were victims of bullying and abuse have a higher chance of growing up into people who participate in substance abuse before risky sex, which in turn increases the chances of transmitting HIV and STDs.

If that is the case, the whole video contest may be ironically promoting the unhealthy sexual habits it set out to prevent in the first place. Treating homosexuality and transgenderism as a choice that can be prevented or as a disease that can be cured will not make it easier for the LGBT community to work with the authorities, and it will definitely hamper the plan to end AIDS in Malaysia by 2030. (127-page PDF) 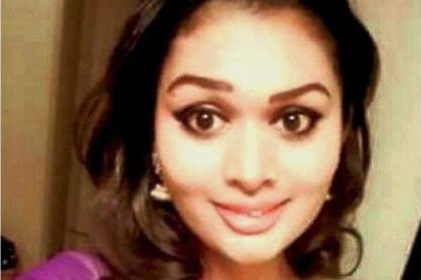 Earlier this year, Sameera Krishnan, a 27-year old transgender was brutally murdered by 5 boys. While the police had stated that it is not a hate crime against transgenders, violence against people within the LGBT community is not an unusual thing. The Ministry and the activists agreed that ‘gender confusion’ be pulled from the contest. Source

Regardless of what we personally believe, we could probably agree that violence is not the answer here, which is why the contest would most likely have been counter-intuitive. By the recent cancellation of using the term ‘gender confusion’ and ‘LGBT’ in the video contest, the gomen is indeed showing more and more effort to understand the LGBT community, and that’s not a bad way to start.

Another one, is a counter-contest, organised by Dr. Jason Leong, and the guys at GrimFilm 😉