It’s time we had the talk. Sometimes, when two people love each other very much, that love produces a baby. But these days, it seems that sometimes love just ain’t enough… especially for the Malaysian Chinese it seems.

Early last year, the issue of the rapidly falling birth rate among Malaysian Chinese was highlighted by the Department of Statistics and Chinese NGO groups. That time, Tan Sri Pheng Yin Huah, the national president of Huazong (Federation of Chinese Associations in Malaysia) has even urged Chinese couples to tie the knot and start extending the family tree.

“We hope this generation of Chinese will marry young and give birth to more babies.” – Tan Sri Pheng Yin Huah said in a telephone interview

Datuk Seri Dr Wee Ka Siong recently blamed the rising cost of living for the problem, and added that even Malay families are downsizing from 8 – 10 children to less than 5. Even so, the Department of Statistics reported that Bumiputera population grew 0.2% compared to last year, but the Chinese still fell 0.2%. So to clarify, the actual number of Chinese isn’t actually shrinking, its the percentage of the demographic that is shrinking.

But why is this happening? Malaysian Chinese too shy is it? Or their tiger cannot crouch? Or dragon too hidden? 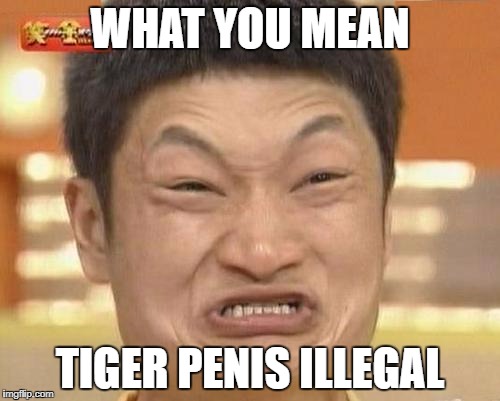 1. Another group might outnumber the Chinese as the 2nd largest ethnic

In school we were always taught that Malays, Chinese, and Indians are the 3 main races in Malaysia, but soon that might need rewriting. Currently, the Chinese is said to comprise of 23.4% of the population. A Sin Chiew Daily report last year even says the gomen estimates the Chinese population to fall to 19.6% in 2030, and revised statistics now expects it to be 18.4% by 2040. That’s about 7.47 million Chinese out of 41.5 million Malaysians. In 2015, the gomen reported about 2.1 million documented immigrants in Malaysia. While no one is sure how many undocumented immigrants we have, its estimated to be around 1 million to 4 million depending on who you ask. In total, that’s up to 6 million immigrants currently in Malaysia, and that already surpassed the Malaysian Indian population. And we know they’ve been here a while when they’re speaking better Cantonese than some of us.

Bunch of immigrant workers somewhere in KL. Image from wak-labu.blogspot.my

The gomen has already signed a deal in 2016 with Bangladesh to bring in more workers, but how many they bring in “depends on the demand from Malaysian employers“. Seeing how Malaysians tend to seek out higher skill jobs, and 75% of Malaysian jobs are made up of low- and mid-skilled jobs, the demand for workers will be probably be steady.

2. Throngs of Chinese are still leaving the country

Before Malaysia was even formed, Chinese represented 37.4% of the population, and they were having 7.4 children (on average la, how to have 0.4 children) compared to only 1.6 in 2016, and 1.4 in 2015. Undeniably, the high cost of living affects a couple’s decision to make babies, but why are the Malaysian Chinese numbers falling so drastically compared to the other groups? Eh why only the Indian lady got 2 kids. Image from Department of Statistics

This World Bank report on Malaysia’s Economic Indicator gives us a very detailed look into that reality. Back in year 2000, it estimated 657,000 Malaysians to be based in other countries, and 46% of that number reside in our neighbor, Singapore.

As of 2010, it estimates between 800,000 to 1.4 million Malaysians working/ living in Singapore (they only have estimates for Singapore). To put all the pieces together, Singapore estimates 88% of these people to be Malaysian Chinese. An Oxford study conducted last year on Malaysians found some pretty interesting results. It covered only West Malaysia, and interviewed a total of 1504 Malaysians (503 Malays, 500 Chinese and 501 Indians). The study reported almost half (48.8%) of Chinese respondents had “a stronger than average desire” to leave Malaysia. Comparatively, 15.5% of Malays and 42% of Indians were reported to have that desire.

3. Malaysian Chinese very long life, but also means they got the most old people

Perhaps not known to most people, here’s another reason that could be leading to the deflating numbers too: Probably NOT coincidentally, a demographic study (that got their numbers from the Department of Statistics) found that Malaysian Chinese had the highest portion of people aged 60 and above in 2010, accounting for 12.16% of the population! Malays were at 7.09% and Malaysian Indians at 7.88%.

But if they not dying, means population won’t become small la right? While that’s true, it also means that a large portion of the population isn’t reproductive-ly capable. We can’t count on Ah Gong and Ah Po in the re-population efforts right? (For obvious reasons.) So while it isnt’ shrinking, it won’t really be growing either.

By 2040, more than 25% of Malaysian Chinese will be aged 60 and above. Even in terms of life expectancy, the Chinese still comes out on top compared to the others. As a Chinese saying goes: Dump that in with the falling birth rates, Chinese families can start expecting a lot of wealth.

To get their birth rates up, countries have tried all sorts of tricks

It’s a common trend for countries with women who have higher education levels to make less babies. Atas countries like Singapore, South Korea, Japan, and even Germany are all in dire need of a baby boom. In 2015, Singapore had a 1.2 birth rate and Germany had 1.5. So maybe, we could learn from those countries how to get people to free willy.

South Korea offices would force employees to go home early on the 3rd Wednesday of every month, to “help staff get dedicated to childbirth and upbringing“. Denmark launched a campaign named “DO IT FOR MOM”, encouraging couples to let their mothers taste the joy of being a grandmother (click hyperlink for video). Until the day race is separated from politics, the percentages will matter

Some experts and analysts say that the decreasing number of Malaysian Chinese would hurt Malaysia economically. From things like reducing the size of the private sector, to less tax money for the government and a reduced professional workforce.

It’s no secret that until today, the subject of race still plays an important role in Malaysian politics. The analysts also voice their concern over the use of demographic changes for racial and political gains, and hurt the rights of minority groups. Drawing from what happened in Sabah in the 1960s, Chinese ratio fell to 10% from 23% although their numbers more than doubled.

” …ethnicity will remain an important and sensitive issue in negotiating the various ethnic communities’ social and economic welfare.” – Malaysian Digest

Malaysia’s multicultural nature has always defined us positively, and that can continue even for the new immigrants that seek a better life here. As for Malaysian Chinese, no one can really say what might happen when they lose the 2nd largest majority title, but hopefully, it will happen in a Malaysia that sets an example to the world.