Life since the MCO may have gotten a bit more challenging for many Malaysians, from relatively small inconveniences like having to walk back to your car because you forgot your mask, to bigger worries like pay cuts, retrenchment, or having to chap lap your business. And all that on top of not wanting your name to be associated with a new Covid cluster, of course. She will wear a mask, Livin’ Covida Loca. Original image from NME

While most of us may know it as the thing that’s giving us RM50 on our favorite e-wallet, PENJANA is actually a RM35 billion plan to protect jobs and encourage Malaysians to spend more to boost the economy.

But before you go around happily spending that RM50, you might have noticed an increase in “To Let” signs around your neighbourhood. Heck, it’s not just the mom-and-pop shops you grew up with… Even big names like MPH bookstore and a bunch of bubble tea shops in SS15 are not spared from the purge. 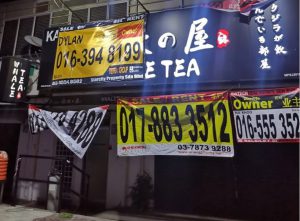 It’s worrying to see our local shops go out of business. Img from Klook

That’s why as part of the PENJANA initiative, the Government is now encouraging you to shop online. The Government has allocated RM70 million under PENJANA to implement the PENJANA Shop Malaysia Online through Malaysia Digital Economy Corporation (MDEC), together with 22 other e-commerce partners to drive the various sales promotions on e-commerce platforms.

And while many local retail businesses have already made the move online, a lot of F&B outlets are still anchored to their brick and mortar shoplots… which means they were hit the hardest when the MCO put a stop to the foot traffic. We got in touch with 3 F&B business owners who told us how bad things were, and how they had to adapt or hang their kuali in defeat. Like many family-owned Malaysian businesses, Restoran Citra Maju was passed on to Kartik to continue it’s 33-year legacy of providing delicious banana leaf rice to walk-in customers and catered events like corporate outings and weddings. However, the MCO completely stopped walk-ins and catering which is like, you know, their entire business; and Kartik was forced to shut down the restaurant.

“When MCO hit, you can say that we went through a 100% loss.” – Kartik, in an interview with Cilisos

But he wasn’t going to… leaf his family business just like that. By a stroke of luck, he was contacted by a Maybank staff, who mentioned something called Sama-Sama Lokal, which is an initiative by Maybank during the MCO and one of the e-commerce partners in the PENJANA Shop Malaysia Online campaign. So…

“I decided to try it out and register my business with Sama-Sama Lokal.” – Kartik

And just like that, Kartik brought his (literal) mom-and-pop business online. Kartik says the Sama-Sama Lokal initiative helped him boost his business back up and getting the restaurant back on track. However, despite the added cost of delivery services and packaging, he’s maintaining the same prices because he wants to make sure that customers receive quality food with a good value. And although business hasn’t gone back to pre-MCO levels, it seems to be slowly but surely working.

“Slowly, as we take on online orders and continue catering, our business has improved by 45%.” – Kartik

As we know too well, all shops and stalls had to be closed over the MCO, and that includes roadside burger stalls. To quote the Counting Crows, you really don’t know what you got till it’s gone because people started missing the burger stalls that we once took for granted.

On the flip side (because you flip burgers, geddit?) many operators were stuck with a hard choice of not having an income or face heavy penalties if they opened. Muhammad Zaidi, who’s been running a burger stall in Subang Jaya for the last 23 years, was faced with these choices, but he ended up taking a third option.

“During the MCO, I had to shut down my stall, you know, so there was no income whatsoever. And I had to continue paying rent for the stall and all that, so there was kinda no choice for me but to look for other avenues.” – Zaidi, in an interview with Cilisos

Zaidi told us that he took matters (and his phone) into his own hands and sign up for any available food delivery services like foodpanda. At first, this was purely out of necessity because he needed another avenue to keep his business running, but he later realized the convenience of online food delivery and how it would benefit both him and his customers.

“A lot of customers didn’t have to come to my stall specifically to get burgers. They can just go online, place an order, and have it delivered to them.” – Zaidi Zaidi and his burger stall. Photoshopped from images provided by Zaidi

Zaidi told us that throughout the MCO, his business actually improved by 30% to 40%! This unexpected success spurred him to look into other opportunities to expand his online business, and taking it beyond burgers.

“I expanded it. I have a burger stall, yes. But I’m also working together with a friend to start delivering food like fried rice and others.” – Zaidi

So since he signed up on his own initiative, how did he actually benefit from PENJANA? Well, he told us that PENJANA initiatives are not only helping to connect traders like himself with food delivery services, but also actively encouraging customers to support him by giving out vouchers that allow them to get burgers at a cheaper price.

If you think running one business over the MCO is stressful enough, well…… 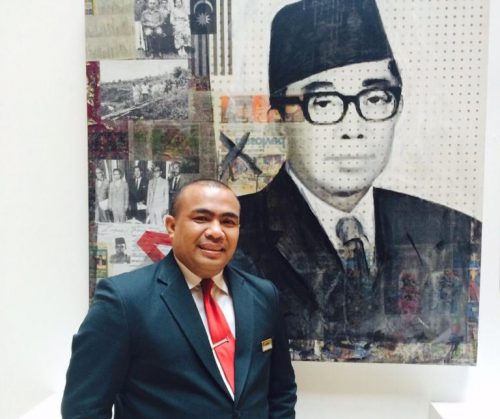 We think you can tell which one’s Khalip. Image provided by Khalip

Khalip’s a little different from our other two interviewees because he runs a franchise rather than a single outlet. If you consider yourself an avid coffee drinker, like some of us are in the Cilisos office, you might have heard of this café called the Juan Valdez Café, which is a coffeehouse chain based in Colombia and made its way to Malaysia in 2014 – and Khalip’s the director of the Malaysian branches of Juan Valdez Café, which you may have seen in Genting Highlands or Low Yat Plaza.

This means that he’s responsible for the survival of not Juan, not two, but all seven Juan Valdez Cafés in Malaysia. And, to no surprise, Juan Valdez Café also suffered a big hit during the MCO.

“Most of our cafés are in shopping malls. And when all malls were reducing operations, it meant that no one’s walking in the malls anymore. So we had really low sales in terms of walk-ins and takeaways.” – Khalip, in an interview with Cilisos

Khalip says that despite the low sales, they still had to pay overhead costs like salaries and rentals. In addition, low sales also meant that they suffered large food wastage because their food and drink ingredients were expiring fast. Although he didn’t give specific numbers, these combined into a 60% loss, only marginally sustained by the two online delivery platforms they were already using. 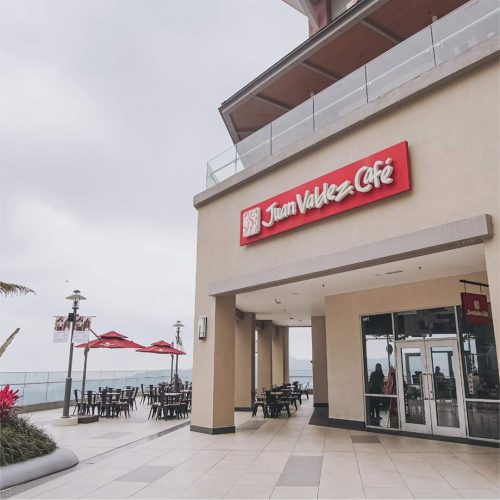 Realizing it wasn’t enough, they later expanded their offerings on five online platforms, including FAVE, to further increase their reach to customers. Not just that, they had to only focus on popular items on their menu to control their stock and preventing wastage, negotiating with landlords to reduce or waive rentals, and apply for wage subsidies from the Government.

According to Khalip, the measures they took definitely helped and they’re now focusing on recovery.

“The best option to recover right now is by doing it digitally.” – Khalip

And when the Government introduced the Micro and SMEs E-Commerce campaign, another e-commerce initiative under PENJANA, Khalip mentioned that their business had also improved further, so much so that Juan Valdez Café recorded their highest sales in July 2020 since MCO was implemented. He attributes this to customers having extra cash in their e-wallets to dispense.

So despite the businesses being different, one thing that’s same-same across all three of our interviewees is that…

Going online helped a lot of kedai from tutup kedai

In a day and age where almost everything’s kinda gone digital, it’ll probably come to no surprise that e-commerce has become the thing that can save businesses from closing shop entirely. Although we focused on F&B in this article, PENJANA Shop Malaysia Online also supports other forms of businesses, like stores selling groceries, home essentials, gadgets, personal care, and the like.

Besides food delivery services, they’ve also partnered up with e-commerce platforms like Lazada, Shopee, Boost, and Zalora, providing customers with vouchers and rebates to get things cheap cheap online. With these partners, the PENJANA Shop Malaysia Online campaign won’t be supported only by the RM70 million that the Government has allocated, as the partnering e-commerce platforms are collectively contributing RM70 million, making the whole thing a RM140 million initiative – meaning you can get your hands on quite a lot of vouchers and rebates 😉.

For example, on Lazada, you only need to go to the vouchers page and redeem the vouchers available – the only catch being that you have to meet a minimum purchase amount to use them, which is kinda common.

Different platforms come with different caveats, so we can’t exactly list down how you’re supposed to redeem the rebates on each of the platforms. But of course, you can always learn more by going to this link and start to Shop Malaysia Online! Act fast! For now, the campaign will last until the 30th of September so take advantage of that while you still can (and don’t forget to apply for your RM50 ePENJANA 😛)