Recently the DAP threatened to sue Jabatan Agama Islam Pahang (JAIP), if it did not apologise for certain things that it said about the party during its Hari Raya Aidiladha sermon.

The Democratic Action Party  (or better known as DAP), a political party formed in 1965, isn’t exactly known to be able to win votes on its own. Aside from their big victory in the 1969 general elections (also known for the 1969 riot, yeap THAT riot), the party has failed to cause an impact in the general elections. The reason? DAP has constantly been referred to as a Chinese party. It was only in 2008 & 2014 when it teamed up with PKR and PAS that the party managed to gain some ground in the political arena since 1969.

But despite all that, DAP is still not a very popular party among the Malays. Independent pollster, Politweet, stated that their research showed only 9% of the Malay voters in Peninsular Malaysia voted for DAP. That’s like 1 out of every 10 Malay voters! 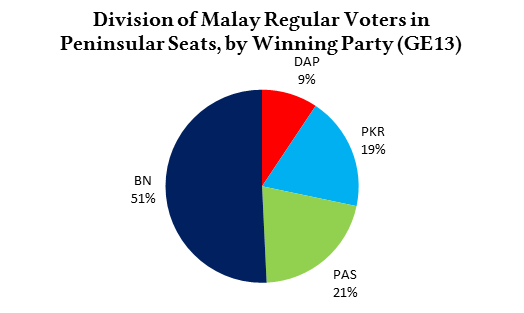 And though we cannot say that all Malays show an extreme dislike for the party. We can say that some of them do. One of the central themes of the recent red shirt rally was the villianising of DAP. Examples here, here, & here. To add fuel to the fire, their recent spat with JAIP has once again got various people riled up about them again (as reported here, here, here, & here).

And to be honest,this article was initially meant to focus on just DAP & JAIP, but eventually we thought that it may be interesting to consider DAP’s relationship with the Malay community as a whole. And so, here are a few things that DAP can do that might help improve its image among the Malays.

Even if it’s just a little.

The other day, Jabatan Agama Islam Pahang (JAIP) said that politics had divided Muslims in the country and that DAP was anti Islam. In retaliation, a group of Muslim DAP members (just in case you didn’t know, yea they have Muslim members, but we’ll get to that) released a statement tembak-ing them for it.

Furthermore, the following day they demanded an apology from JAIP.

“Pahang DAP will send a letter to the Pahang Islamic Affairs Department (Jaip) or the mufti’s office to demand a retraction of the slanderous speech, as well as an apology through the electronic media in five days. Otherwise, we Muslims in DAP will, as individuals, take legal action against the Pahang Islamic Department for the sermon.” – Pahang DAP chairperson Tengku Zulpuri Shah Raja Puji, as quoted by MalaysiaKini. Story pretty standard so far la, but what caught our attention was the response of the Pahang mufti (experts in Islamic law qualified to give authoritative legal opinions know as fatwas), the one who said those things in a sermon for Hari Raya Haji.

He went on to say that DAP should be the one apologising for interfering with Islamic matters. We also managed to find the transcript of the sermon here. DAP is mentioned at the start of page 6 but if you read the whole paragraph in its context, we believe that the point of the paragraph wasn’t to condemn DAP as much as it was to highlight another issue: The division among Muslims in this country.

Kinda long we know, but we think the length is necessary for context.

And while we cannot deny that he did say something negative about DAP (and later their Malay leaders), perhaps DAP instantly responding with a demand for an apology isn’t the best move? Because it seems that in the eyes of JAIP, they are seen to be attacking Islam more than defending their party.

2. Learn to handle conflict a little better next time?

We might revisit a previous article of ours for this. Back in May 2015, the disagreement between DAP and PAS over the implementation of hudud was in full swing. Some of the search results of ‘DAP PAS hudud’ for the month of May.

One thing DAP did that added fuel to the fire was to set up a shadow cabinet WITHOUT PAS & PKR in the midst of the whole thing. (You can read it up in more detail in our other article here.)

Here’s a list of things that transpired after that.

NAH, BACA:
This isn't the first time Tun M was pushed out. Here's who replaced him in 1988.

While we’re not saying that DAP should have just backed down from their stance on the matter, it may have been possible to diffuse the situation instead of aggravating it, especially when PAS president, Datuk Seri Abdul Hadi Awang said that Muslims had the responsibility to be angry with DAP.

3. Don’t so hard-up about Chinese schools

We’ll admit this is a really sensitive issue in Malaysia. If you’re not familiar with the topic, we’ve actually talked about it before. DAP has stated multiple times (or at least their reps have said so here, here, & here) that they do not agree with the abolishing of vernacular schools.

DAP lawmaker, Zairil Khir Johari (yeap, he’s Malay, but we’ll talk about that in the next point), even mentioned that Chinese schools are even more multiracial than national schools. 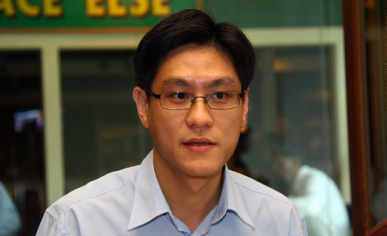 But the thing is, Malay representatives still insist that vernacular schools are necessary. We won’t go into the details because we’ve already talked about it. But the issue here is that many Malay leaders (and not all of them politicians) still say that a single stream education is needed for the sake of unity (examples here, here, & here).

And when DAP is on the side of those that don’t want to abolish vernacular schools, they end up being seen, as ISMA would put it, as not serious about national unity.

And perhaps what DAP needs to do is to take their foot off the pedal for this.  Our previous article already mentions that national schools have their fair share of problems. And that is something that DAP can continue to focus on, not just vernacular schools but our education system as a whole.

4. Don’t repeat the mistakes you’ve made with older Malay members

Rafizi Ramli once said that PKR has no need to publicise their new Malay members like DAP does because they already have Malays joining them constantly. And that’s true, Malay members do tend to stand out in DAP. A. Samad Said. Image from The Malay Mail Online.

On the other hand we have the Malays who have already been leading the way in DAP. Eg. Dyana Sofya, the first Malay candidate for the Teluk Intan constituency (whom we actually talked about in a previous article), & Zairil Khir Johari.

But here is what Utusan Malaysia had to say about DAP’s Malay members. An article of theirs talks about the fate of various Malay members that DAP has had before. There are a few but we thought we’d focus on two of the more prominent ones, Tunku Abdul Aziz Ibrahim and Zulkifli Mohd Noor.

Tunku Abdul Aziz Ibrahim, who was a DAP member between 2008-2012, once said that Dyana Sofya would leave the party the same way he did, because they both joined thinking that they were gonna fight corruption. It was reported that he even advised the Malays to be careful of DAP. Zulkifli Mohd Noor on the other hand, was a DAP member for about 26 years but he too left the party, because he said the party started to favour the rich, elite, and powerful. We know that there probably is two sides to the circumstances of why they left, but the fact is they left. And perhaps that isn’t the best of stories to tell especially when there are already so few Malay members in DAP.

Hey, at least they know about their CINA image and are working to change that And that has possibly gone hand in hand with the gomen’s claim that the Malays would not survive without UMNO, something that has also been brought up over & over & over again. It’s a good thing that DAP themselves have noticed this and are working towards fixing that.

Aside from encouraging more Malay participation, DAP has also set the home page of their official website in Malay (still can change to English & Chinese dun worry). They’ve also set up a BM version of their news website, roketkini.com to complement their English & Chinese ones.

Of course it shouldn’t just stay that way. We mentioned in a previous article (yes, yes, we mentioned a lot of previous articles in this article) that race politics isn’t something that we can easily do away with. There is definitely room for improvemen (may we suggest more press conferences in Malay?). In fact, one of our readers even had a suggestion of his own, which seemed to get quite a bit of support.

In any case, the little things that DAP have done (like the websites) show that they are committed to the cause. But maybe it’s time they took it a step further? That it may be time for them to finally deal with the bigger issues that are affecting their relationship with the Malays.