12th January 2021 had been a heck of a day for Malaysians. We went from getting an announcement about the darurat to anxiously waiting for the SOP for the upcoming MCO besides preparing for it.

And as if those weren’t a huge roller-coaster ride, Malaysians were greeted with yet another surprise. If you haven’t been on the Net today (why tho???), you’ve probably missed out on this… 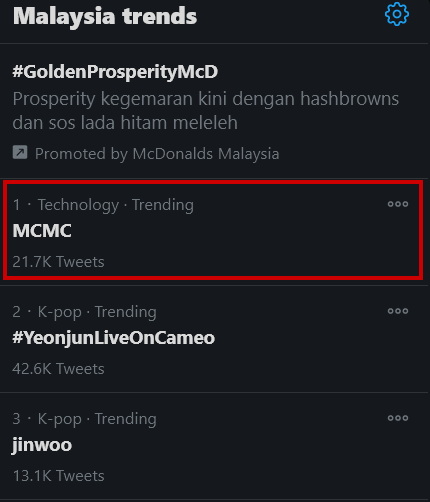 No, not Mekdi’s Prosperity burger. But MCMC

Wah, why is MCMC femes all of a sudden ah?? As it turns out…

The first few things we saw when we looked into the topic MCMC on Twitter was screenshots after screenshots of Tweets from MCMC. It went from something like this… Nothing too weird. Seems like MCMC vibes to rap.

But some tweets were a bit offensive as well… That tweet about scammers probably hit close to home.

Waitamin. How did all these start in the first place?

Well, it all began with MCMC’s tweet reminding people to be courteous online. What seemed like an innocent reminder kinda backfired when netizens dug up all these ol’ (yet gold) tweets. And netizens didn’t just stop at finding out MCMC’s old tweets. They also discovered that those tweets may not be posted by MCMC at all!

Turns out, MCMC’s Twitter account used to have a different username (aka twithandle) – @nazrulllhakim. We did a lil digging but could not find much about who this person is except for a SoundCloud and Ask.fm account with the same username.

It seems like the previous owner was a PT3 student back in 2014.

In the midst of this chaotic event, the original user of the MCMC Twitter account (aka @nazrulllhakim) came forward to reveal something even more… shocking. He apparently admitted to have sold his old account, which had 50,000 followers, to another person. 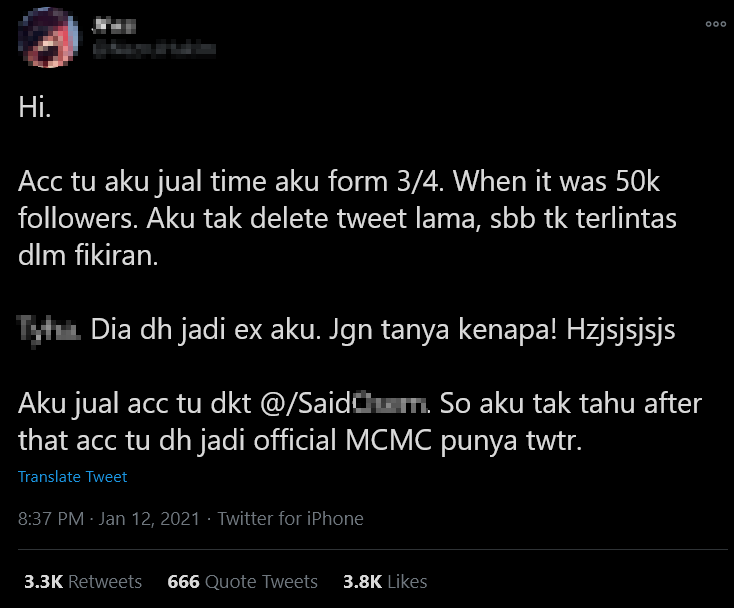 In his tweet, he also mentioned that it didn’t cross his mind to actually delete his old tweets as he didn’t think that the next owner would eventually sell that account to MCMC. Well, who could’ve anticipated that, right?? (Not us!)

While selling and buying Twitter accounts may seem common to some (this writer has personally seen people trying to sell their twitter accounts), it actually violates Twitter’s regulation.

Besides prohibiting people from creating fake accounts that take the identity of someone else, Twitter also mentioned in its regulations that you CANNOT buy, sell, offer or even give temporary access of your Twitter account to someone else.

And while we’re on this topic, Twitter also mentioned that you also cannot buy or sell followers and/or the engagements on your tweets (aka your retweets, likes and replies) as Twitter believes that this is a form of manipulation. *cough* We’re really not looking at anyone *cough*

Don’t believe us? Click here or the image below to read the full regulation on this:

Anyways, seeing how netizens have been suspecting MCMC of buying a Twitter account, MCMC has recently come up with a statement clarifying what was actually happening. According to its press release, MCMC mentioned that its Twitter account got hacked. Just as with anything fun in life, the series of MCMC’s offensive tweets have come to an end when people reported these tweets to the MCMC itself. This was also the reason why MCMC had quickly come up with the aforementioned press release to clear the air. 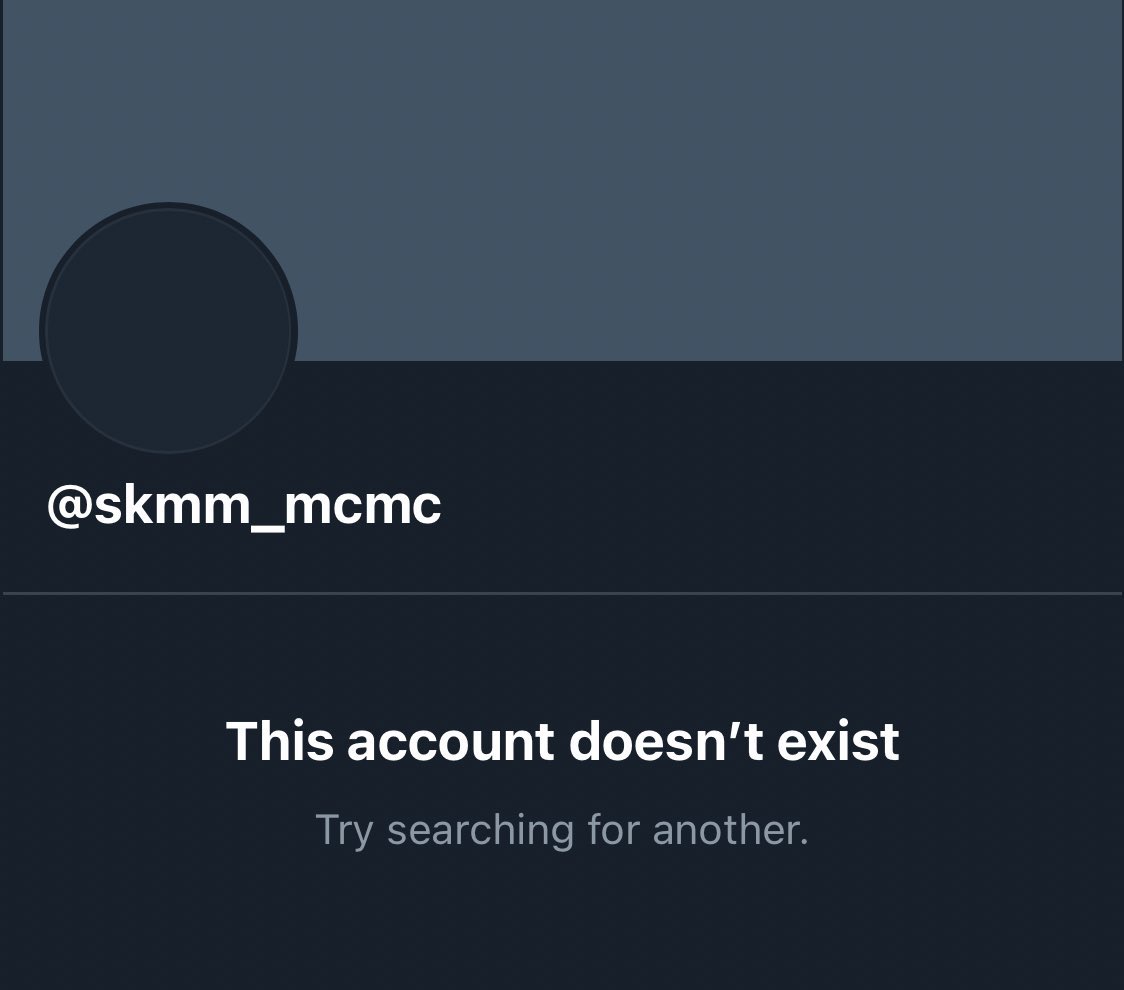 While you won’t be getting anymore updates from MCMC via Twitter, you can still keep yourself updated on ongoing issues or even fact check fake news via its Facebook.

In the meantime, we might wanna watch our behaviours online, especially during the MCO and darurat, otherwise someone might report us to the MCMC… oh wait.