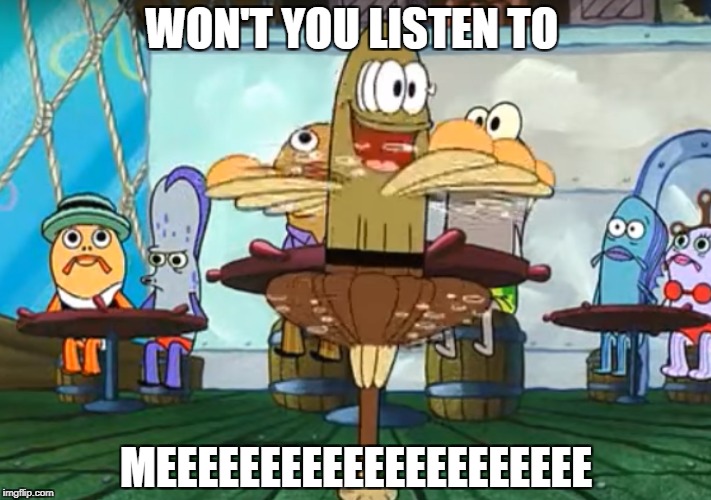 Scientist found a fish, no ordinary fish, its a fish that’s mostly jeeeelllllyyyyyyyyyy~ If you don’t know yet, The Star recently reported the discovery of DEADLY jellyfishes in Penang waters. Scientists working at the Cen­tre for Marine and Coastal Studies (Cemacs) said 2 species of venomous box jellyfish were found to be breeding in Penang. Pffft, so what’s the big deal? Jellyfish in Malaysia very special meh? How scary can square jellies be?  We reached out to Prof. Dr. Aileen Tan, Director of Cemacs, to clarify some of the things that were reported.

Box jellyfishes can not only kill you, but they also have 24 eyes!

While box jellyfishes are commonly regarded as the most venomous marine animal on earth, that honour actually falls to the Australian box jellyfish (Chironex fleckeri), the box jellyfish in the picture above. The 2 species reportedly found off Penang’s coast were Chirop­soides buitendijki and Mor­bakka (also known as Fire jellyfish). 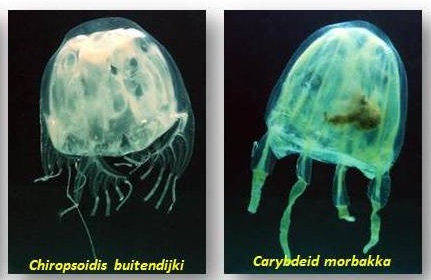 Even though they are not as deadly as the deadliest, these 2 species are still considered highly poisonous. The buitendijki has been suspected of causing 2 deaths in West Malaysia, though no confirmed deaths were recorded. On the other hand, the sting of the Fire Jellyfish is said to be non-lethal, though it could still give you something to agonise about.

If you’re stung by a box jellyfish, you will most likely experience Irukandji Syndrome, which includes symptoms like hypertension, extreme lower back pain, nausea, vomiting, intense cramps, and breathing difficulty. All of that can last several hours. Serious cases can lead shock and heart failure, and might cause death due to drowning. If that isn’t bad enough, the stings can also leave scars (mild or serious ones) because the venom also dissolves tissue.

Some scaring from box jellyfish sting. Image from deepseacreatures.org

How does a spineless blob achieve such evil? The answer is in their tentacles, which contains thousands of microscopic jack-in-a-box kind of stinging cells. All it takes is some chemicals on the surface of the skin to trigger tiny harpoons to shoot out and deliver the venom into the victim, and all this happens in less than a second! See the bastard needles in action in the video below.

If that’s not freaky enough, box jellyfishes are the only jellyfishes that have eyes… 24 of them to be exact. They can differentiate light and dark, and to a certain extent, even colours and size of objects. So unlike most jellyfish that drifts around like a plastic bag, box jellyfishes can actively steer their direction.

Dr. Aileen says she was misquoted, as box jellyfish are not NEW to Malaysia

Prof Aileen told us that most reports misunderstood her, as the 2 box jellyfish species reported were not new or recent to Malaysian waters. Plus, their numbers are still low compared to other jellyfish.

“It has been in our waters, but most probably not in significant numbers or I would say more to NOT been reported.  Few of my fisherman friends were teasing me “Why is the commotion now?  We have been stung so many times and had gone through so much pain”, – Dr. Aileen told CILISOS

When you’re a Datuk but still get teased by a box of lozenges.

One study gathered all recorded cases of jellyfish stings from the Langkawi Hospital between January 2012 and December 2014. They found no recorded cases of death, and a total of 759 patients in the 3-year study period. They reported that at least 90 of those cases had Irukandji/ Irukandji-like syndrome. They also noticed that a high number of cases occur during July, October, November, and December, but they’re unsure if its due to climate or school holidays.

“Data on an association of the incidence of jellyfish stings with sea water and weather conditions are not available.” – quoted from Jellyfish stings on Langkawi Island, Malaysia

Widening the scope to the whole of Malaysia, there was another report by Divers Alert Network Asia-Pacific (DAN AP) that compiled sting cases reported to them from 2000 to 2010. It said that 3 fatalities, consistent with box jellyfish stings, were identified. It also concluded that the frequency and severity of jellyfish stings affecting tourists in SEA have been significantly underestimated, a similar sentiment shared by Dr. Aileen.

“The issue with Malaysia is we do not have proper recording of sting incidents.” – Dr.Aileen

As for the stings, there are a lot of “popular” remedies for stings like washing with fresh water or sea water, applying ice, putting baking soda, pulling the tentacles off and even peeing on the it. Besides totally not working, these methods can also trigger more stinging cells to fire and inject more venom into the victim, making it worse than it already is. The best remedy is actually: Rinse the sting sites with vinegar for at least 30 seconds to disarm stinging cells, and avoid rubbing or any attempts to remove the tentacles as it might agitate the stinging cells to fire. After that, you should seek medical attention immediately. To avoid stings, Dr. Aileen advises beach goers to wear covered swimsuits to minimalise contact.

Jellyfishes have caused major crisis before, could that happen in Malaysia? 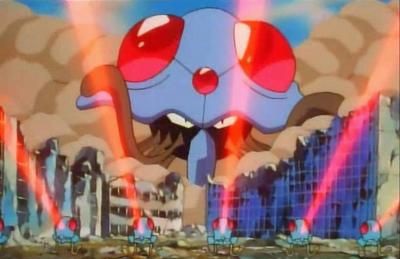 Invasive species can also potentially harm the environment they are brought into, because it might tip the balance of the existing ecosystem. And as history has proved, invasive jellyfish species have done just that, and in less than subtle fashion.

The collapse of the Black Sea’s ecosystem was attributed to the introduction of comb jellyfish, brought in by ships from the American Atlantic coast in 1982. The jellyfish population exploded by feeding on both zooplankton and the eggs and babies of local fishes. So not only did the fishes had to compete for food, the foreign aliens were also committing infanticide unto them. By mid 1990s, the Black Sea lost most of its animals, along with its fishing and seafood industry. In 2007, mauve stinger jellyfish killed 120,000 salmons in a Northern Ireland salmon farm. And more recently in 2013, a Sweden nuclear power plant had to shut down because jellyfish clogged up the cooling system.

Dr. Aileen told us while we don’t have jelly problems of that scale, but we had power plant clogging problems too!

“Species of jellyfish in Malaysia such as ribbon jellyfish only contribute to the clogging problem at the cooling system of thermal power plants, and fishing net from small-scale fishermen. Boxies are harmful for the swimmers.” – Dr Aileen Whether it’s about saving lives, or anticipating and preparing to ward off a massive and gelatinous disaster, hospitals have to first established a system to report stings and monitor cases. Among the buzz of the “discovery” of the box jellies, that message seems to have been lost.

“My concern is more on getting the actual long term data to provide a more sound advice to the public or authorities. People can still swim in our beaches but the resort or hotel operators should be ready with emergency actions.” – Dr. Aileen Tan

Calls for tracking stinging cases are common in countries with box jellyfishes, as not much is known about jellyfishes in general, let alone box jellyfishes specifically. On the bright side, tracking and monitoring the creature might give Malaysia the opportunity to contribute our efforts to the global marine science community.

So now that you know a little bit more about these animals, make sure you stay safe when you go dipping in Malaysian waters. Oh, and maybe bring a bottle of vinegar with to the beach, and don’t pee on your friends ok?