[UPDATE 21 May 2018: Earlier this year, The Edge Markets reported that Malaysia’s debt could reach RM 1 trillion in 2021 if federal government debt is allowed to continue growing at the rate it has in the past decade. Former PM, Najib, on the contrary, had warned Tun Mahathir’s economic proposals would result in a RM 1 trillion debt. However, it happened earlier than expected! Tun Mahathir recently mentioned that the country’s finances was abused in a way that now the country is facing trouble settling debts that have risen to a trillion ringgit. END OF UPDATE]

From time to time, we would see news about ministers, politicians, and economists debating about the national debt, which as we all know, is a very serious and important topic (right?). But actually, how many Malaysians have any idea what those economy people are really talking about?

One moment, Malaysia’s external debts is RM873.85 billion! Then the next moment, the Edge Markets reported that the Malaysian government’s debt has reached RM687.43 billion by September 2017. SO which is TRUE? A government ministry director has even said that Malaysia’s debt reached 103% before under Tun. Mahathir! What the heck does that even mean?? 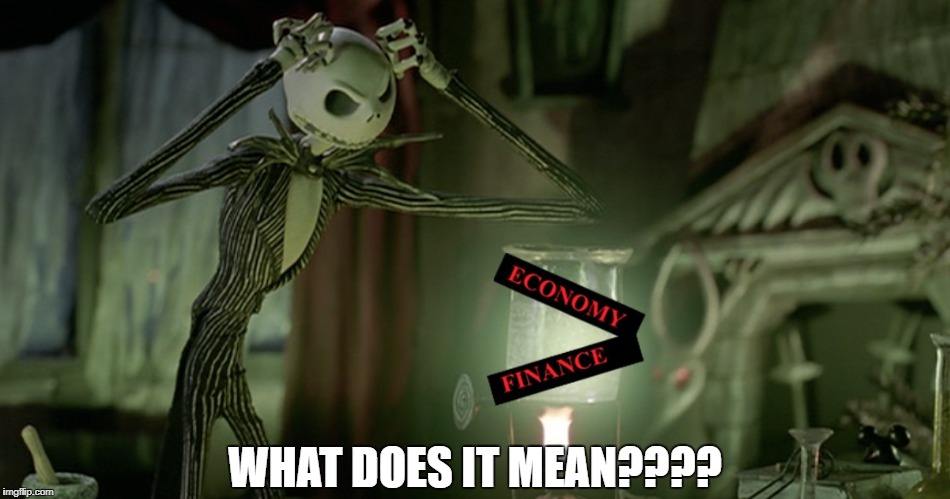 Original image from Nightmare before Christmas

The more detail oriented of you might have noticed that one was “government debt” and the other said “Malaysia’s external debt“. As you might have suspected, one thing is not the other, but.. what’s the difference? Should we even care? Well if you want to decide for yourself whether the government is doing a good job, if might be useful to learn a few facts surrounding all this national debt talk, starting with…

Why does the government even have debt in the first place?

Common sense would tell us that if you can’t afford it, don’t buy it la, but the reality is that most Malaysians are up to their noses with debt.  Usual, everyday Malaysians might borrow money from their friends, banks, Ah Longs, and gomen to buy the house/car/education that they’ve always wanted. But when you’re the entire Malaysian government, and already making so much from tax collection, why would you still need to borrow money? Screenshot from Ministry of Finance. Click to see full report.

As you can see, the government is left with RM5.43 billion once it has paid of all its operating expenses. Keep in mind, this hasn’t include the cost for developmental projects like building chun projects such as Menara Wawasan, or less chun projects like road upgrades and stuff. But the Ministry of Finance did factor those in another report, and the balance turned out to be negative RM39.89 billion.

The point is, expanding and developing the country is expensive, and the cows will come home before we can save enough for every major project we intend to carry out. So, we borrow money, just like every other country in the world (except these 5… but they’re not important to this story).

Almost 74% of the government’s debt is owed to… Malaysians To lend to someone as big as a government, you’ll need to have the amount of money that governments would be looking for. So besides foreign governments, governments can also borrow from large financial institutions like banks or other investment companies, be they local or foreign, as long as they’re willing.

But unlike how we borrow from the bank, governments borrow in the form of a bond, otherwise known as government securities. These bonds (not the human kind) or securities (no, not the military kind…why can’t they name it something else?) are basically like contracts between the government and whoever is giving them money, also called an IOU. The usual agreement is that the government would return the money to the lender with interest, when a specific date arrives (known as the maturity date). So in knowing who holds these bonds, we can also find out who the government owes money to… and lucky for us, the Ministry of Finance has those records too (up till June 2017). So who do you think owns most of the gomen’s debts? China? America? The illuminati? The answer is actually local institutions. Malaysian funds EPF and KWAP are the top 2 owners of most of the government bonds, and about 26.6% of government bonds is held by foreign, or “non-residents” holders, according to Bank Negara Malaysia.

With news about debt, it’s important to pay attention to who the debt is attributed to. Going back to the 2 debts mentioned at the beginning of this article, “government debt” is solely the debt belonging to the government, while “Malaysia’s debt” is the total debt of Malaysia, including private organizations (that have to report to Bank Negara).

Now that all that’s out of the way, it’s time to get to the most urgent question …

Should we start panicking about the gomen’s debt?

It doesn’t mean much by just reading or knowing the total government debt (currently RM687.43 billion). That’s why Serdang MP Dr. Ong Kian Meng made this helpful chart that compares the debt over the past 9 years, to put the debt in context: 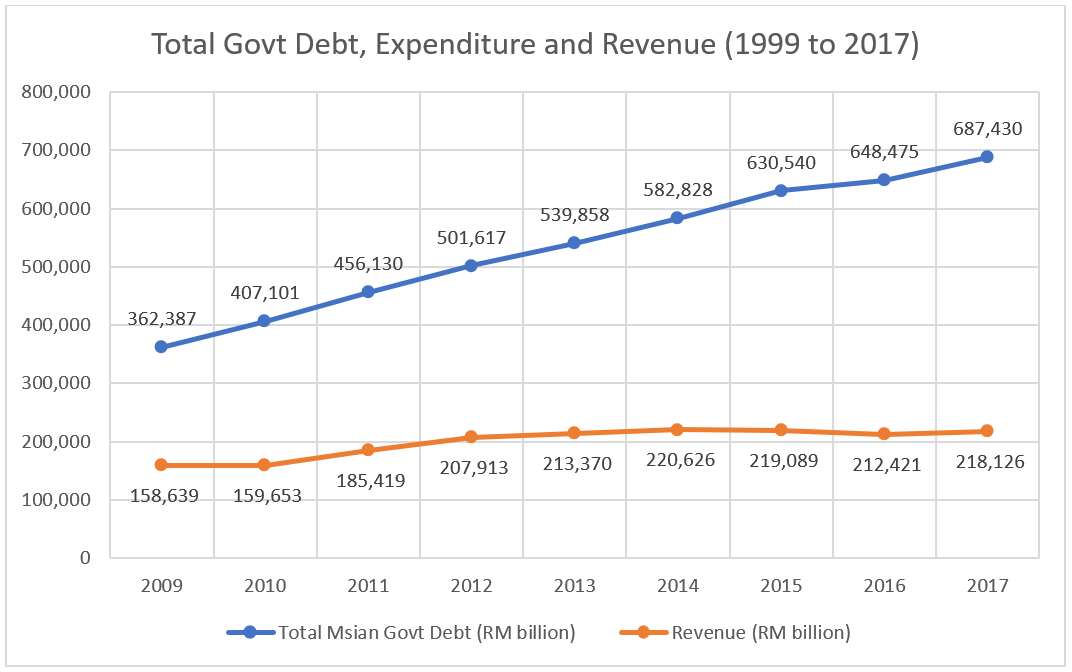 Graph of total government debt and revenue from 1999 to 2017

So the rate of increase of gomen debt is more than double the rate of their revenue… Maybe that just means there’s more developmental projects going on, and a few years later they’d be reaping the rewards and swimming in money? As the 2nd Finance Minister Datuk Seri Johari Abdul Ghani said, “We need to spend in order to stimulate the economy and not disrupt it”.

Perhaps it’ll be fairer to look at the amount the government is spending to repay their debts every year (debt service charges). Just because the debt is hundreds of billions of ringgit, doesn’t mean the government have repay everything within a month right? Amount the government spent on repaying debts from 2013 to 2017. Data from Ministry of Finance

Borrowing more money to pay back a loan might not seem like a sensible solution for normal people, but that’s actually the standard practice for governments all around the world. This might explain why even if you’re the US, Norway or Singapore, your debt will still generally increase every year. As far as the economy is concern, a government just needs to be attractive enough so that investors will continue lending them money.

“The government, to date, has never failed in paying on time,” – Ministry of Finance, quoted from New Straits Times

But how long can this cycle continue? Surely there must be some consequence? What happens when the day comes when the government can no longer pay their debts?

Countries have bankrupted before, but its probably not how you imagine it Bankruptcy does not END a nation. Original image from 10awesome.com

Even a government’s bankruptcy is not like a “normal” bankruptcy, no bank is going to come after the Prime Minister to seize his assets… because there probably won’t be any banks functioning by then. In the past, many countries have bankrupted, or “defaulted” as the economy calls it, for many different reasons and lasting different periods of time.

A government will default when it cannot repay a debt, or when it cannot convince anyone to lend it money anymore. When that happens, international crediting bodies will tell the whole world about the country’s failure. Once that happens, a landslide of problems will follow. When Argentina failed to pay back USD 132 billion in loans during the late 2001, here are some of the things that happened:

Basically, just as the money stopped flowing, everything stopped working. Imagine a zombie apocalypse, but with people very angry at the government instead of zombies. The good news is, bankruptcy is not the end of a country. The defaulted country would simply have to negotiate new terms with its bond holders to get the money coming in again. But more importantly, they would also need to fix whatever made them bankrupt in the first place.

In Iceland, where their banks caused the nation’s bankruptcy, their government responded by investigating the banks for fraud and guaranteeing the rakyat’s money. For Greece, a lot more intervention was required, as they had to negotiate a USD 8.4 billion loan with the International Monetary Fund and Germany, with the condition that Greece would change their spending habits.

Whether or not our debt is urgent, we will always need “hawks” to spot irregularities 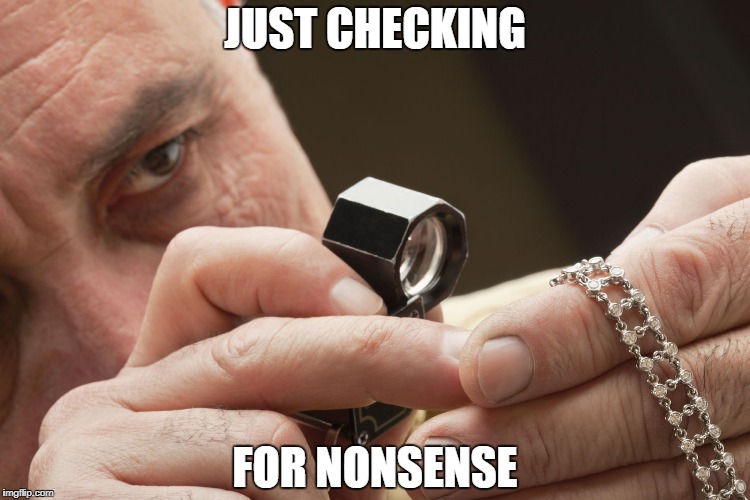 The reason for all these debates and arguments about government spending and debt is probably due to different ideals the ruling parties have for the future. As you might have learned from this article, managing a country’s economy is not like managing your personal finances, and so it is difficult to apply our own financial standards to what we read in the news.

Essentially, it’s only the government that’s in charge of deciding how they will be spending, and while we can believe our government to be clean and transparent, it doesn’t hurt to have checks and balances in place. In Dr. Ong Kian Meng’s press statement, he brought to light “hidden” expenses that were not reported by the Minstry of Finance. Mind you, hidden expenses and forging records was an important factor in Greece’s bankruptcy, so these “little” things can add up to heavy consequences.

One easy way to assess a country’s credibility is through international credit ratings. These ratings are taken quite seriously, because no one is going to buy bonds from a country facing bankruptcy. For now, Malaysia’s international credit rating still seems to be in good shape. So unless you yourself are economically savvy, it’s best left to the experts to argue and scrutinise the decisions of government, the economy is complicated enough already.

*This article was written with the help of Alvin Vong of EquitiesTracker.com and Dr. Yeah Kim Leng.