With big cases like Isa Samad’s arrest and the ongoing investigation of the Forex scandal, another high profile Malaysian Anti-Corruption Commitee (MACC) arrest seems to be lost in their shadows. On the morning of August 11th 2017, the MACC raided the office of Phee Boon Poh, the chairman of Penang state Welfare, Caring Society and Environment Committee.

On the afternoon of the same day, MACC had already arrested Phee Boon Poh, over 2 letters that he wrote to the authorities. In those letters, he asked that no action be taken against a certain illegal factory in Kampung Sungai Lembu, Penang. The magistrate court approved MACC’s request to extend his remand, but the High Court later dismissed it. Even Chief Minister Lim Guan Eng and DAP’s Lim Kit Siang were there personally for the trial.

So what is the exco caught in? Is Phee/DAP/ Lim Guan Eng secretly protecting some illegal drug factory disguised as a legitimate business in the outskirts of Penang?

For 15 years, the factory has been a pain in the nose for some villagers The operation was actually jointly carried out by the MACC, the Immigration Department, the Environment Department (DoE), AND the inland revenue board (IRB). At the center of the issue is a factory that produces activated carbon, which has been operating illegally since 2002. The factory is said to have violated 2 environmental regulations: not having a proper air pollution control system and operating illegally on a agricultural plot of land.

The factory makes carbon by burning sawdust in pits, and hence gives out a lot of smoke. The move was prompted by complaints from villagers who lived nearby the factory, as they were concerned that fumes would affect their health.

“The villagers have been suffering with the pollution from the factory for years. We have complained so many times to the authorities that we nearly gave up. So, we are glad for any action that would give us reprieve,” – Village committee chairman, Tan Sing Lee, quoted from New Straits Times

More heat for the global warming. Gif from giphy.com

Shortly after the whole incident erupted, the factory was promptly closed down by the Department of Environment.  The factory director Edmund Gan Eu Leong, 37, and his father Gan Buck Hee, 70, the factory manager, were also arrested along with Phee.

But wait, the villagers have been complaining about it for YEARS, and no one heeded their call? Well actually, a PKR ADUN has been trying to solve the issue, and she’s now taking a lot of heat for it.

The PKR ADUN brought up the issue 2 years ago, but now she’s being attacked for it

The issue was raised by Penanti ADUN, Dr. Norlela Ariffin, some time during September 2015. An objection petition, signed by some 170 villagers was sent to Penang CM Lim Guan Eng and Datuk Maimunah Mohd Sharif, Seberang Prai Municipal Council president at the time. As a result of her actions, Dr. Norlela has been attacked by some party members and their allies, calling her a BN mole, and even accused of undermining those who were simply trying to make a living.

“People are saying why did you not wait until after the 14th general election to complain, I have been raising this issue since 2015, while the factory has been operating illegally for 10 years. It is really sad that I am now being treated like a criminal, public enemy number one,” – Dr. Norlela Ariffin told Malay Mail Online

When even Anwar Ibrahim himself has called the MACC’s probe reasonable, Dr. Norlela herself and her family has received threats because of the ongoing incident, so much that she had to report it to the police.

Elmo thinks maybe that too much. Gif from giphy.com

But some discussion did go on after the petition. The Penang state gomen declassified the minute reports of the very meeting they had over the issue in 2015, to prove that Phee Boon Poh had performed his duty to his capacity as environmental exco. The meeting was attended by Seberang Perai Municipal Council (MPSP) secretary Razali Mohamud, Phee and Dr. Norlela Ariffin, officers from MPSP and from DoE.

“In the meeting, the DoE representative clearly stated that they visited the factory and found no pollution as it has a roof to prevent smoke from escaping,” – Phee Boon Poh said at the press conference

Despite that, DoE insisted the factory be fined because it operated without a license, and suggested that it apply for a license or face legal action. Few months after the meeting, a post from Dr. Norlela Ariffin’s Facebook shows that the MPSP issued 2 notices to her, indicating that the factory would be demolished as it still was not licensed… which is what made the exco had to write letters to the MPSP in the first place.

But wait, there are documents that CM Lim Guan Eng didn’t mention?

According to the same Facebook post, it mentions that the DoE sent a notice to MPSP before the meeting even happened. In the notice, it directly contradicts the detail in the minutes, saying that the factory is causing pollution because they are using an outdated method and they have no proper pollution control system installed.

But then again, this notice was issued before all of them had the meeting, so the factory might have installed the proper systems, and the DoE might have changed their assessment after visiting the factory for themselves? So the next question would be: Why did the Penang state gomen take so long to take action, and why is the factory still illegal until now? 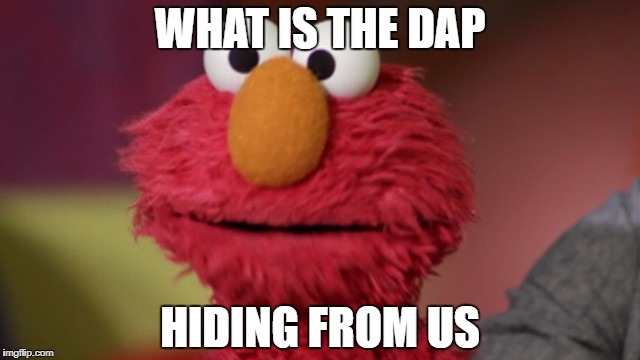 Elmo knows where you live. Original image from abcnews.go

According to CM Lim Guan Eng, the illegal factory was inherited from the former BN controlled state gomen, and the current Penang state policy prevented them from demolishing structures set up before 2008. Because of that, the gomen is still seeking a solution to legitimise these illegal businesses instead.

“We wanted to find a solution to legalise them, but we are caught in the middle. We are criticised if we demolish them and also if we don’t,” – Penang CM Lim Guan Eng, quoted from The Star

There was also the argument that the factory has been giving nearby residents cancer, as some alledged that 12 people living nearby have been suffering from it. But district health officers later confirmed that a study done in the area has confirmed that the cancer incidences were not linked to the factory’s activity.

“All the cancer patients had never worked in the factory before and the location of the factory is quite rural. As such, we cannot accurately ascertain that the factory poses a cancer risk,” – excerpt from minutes of a central Seberang Perai district meeting in September, quoted from The Star

Five types of cancer were found among the patients, and they were aged between 41 and 85. And it turns out, the 12th person didn’t even have cancer actually… But there’s still one mystery that hasn’t been fit into the puzzle.

The frozen RM2 million that… seems to not exist anymore

Somewhere in the middle of the whole scandal, news medias broke a story about Phee Boon Poh’s RM2 million across a few accounts being frozen by the MACC. Phee has since denied that he possesses that amount of money, and has threatened to sue the news outlets that published this FAKE NEWS, as none of them had contacted him for verification.

“I have not been notified by the MACC that my accounts have been frozen,” – Phee Boon Poh said in a press conference

We tried to find said FAKE NEWS on media outlets that published it. Strangely, they have all gone missing, and whatever links that remained already had the article removed. Aside from Phee, no one seem to have come forth to verify or deny the news yet, not even MACC.

So many raids here and there, how successful has MACC actually been?

While the illegal factory has yet to be resolved, MACC made another raid on the Universiti Selangor (Unisel). With so many cases on their plate, how efficient has MACC actually been in solving and “stopping corruption” in the past few years? 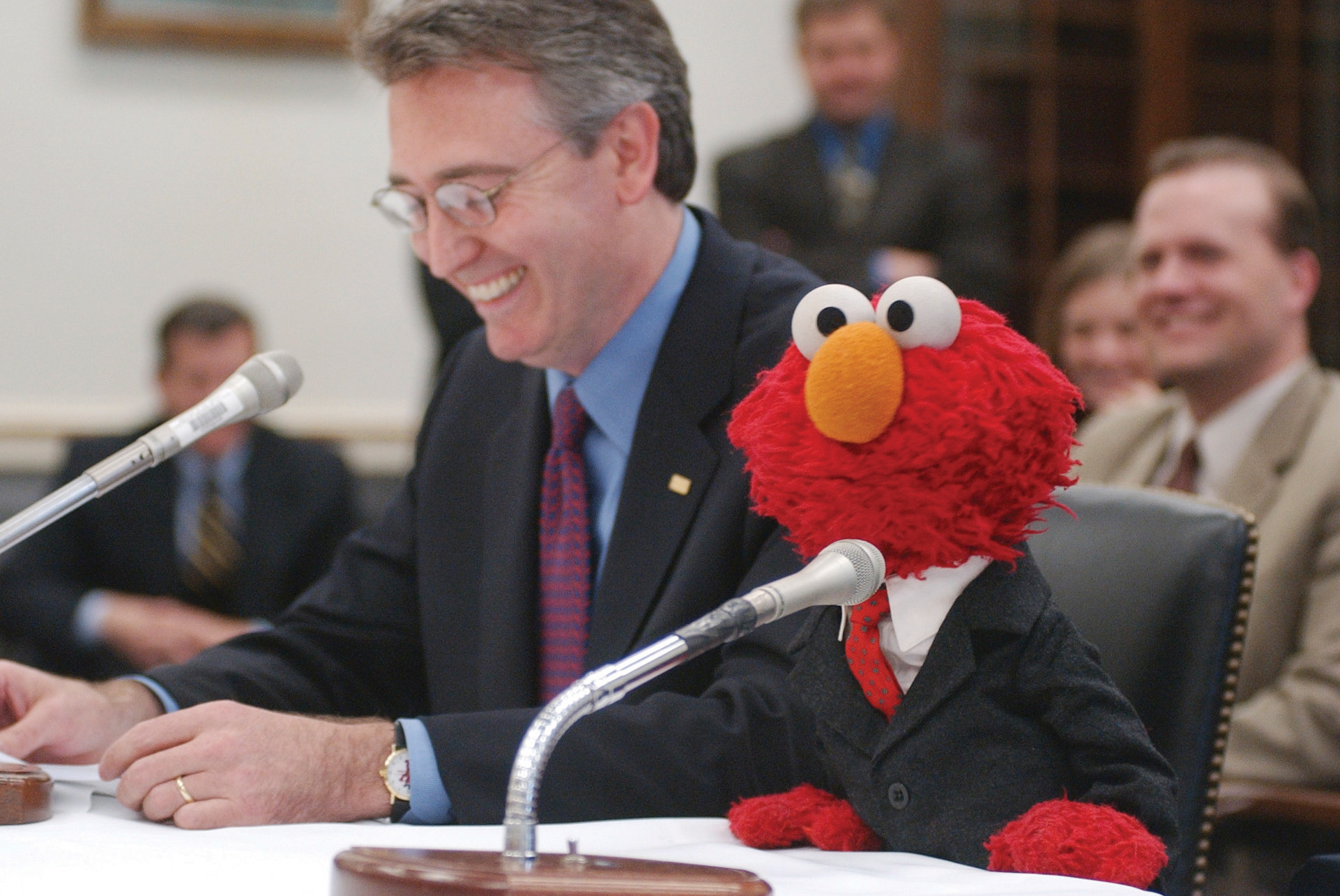 Elmo knows nothing of 2.6bil in his account. Elmo is innocent. Image from bessettepitney.net

In 2012, MACC solved 75% of their cases. A year later, they solved 82% out of 967 cases they investigated. In 2014, they solved 85% of the 919 cases they opened, with a 78% conviction rate and RM13 million worth of fines imposed by the court. Point being, the MACC has definitely been successful in solving and closing cases in recent years, with its chief commissioner Datuk Dzulkifli Ahmad revealing that they have a weekly list of cases.

But in light of all the MACC drama, former Bar President Ragunath Kesavan made an interesting point when he asked the MACC to explain its policy of informing the media of arrests and seizures.

“High profile investigations had its defects as others related to the case would be on the alert and might destroy documentary evidence.” – quoted from Free Malaysia Today

That does raise some interesting questions. Shouldn’t MACC collect enough evidence before arresting a suspect and bringing them to court? What’s the point of arresting them just to release them a few days later without any charges? Wouldn’t it, as the ex-Bar President said, give chance to people involved to destroy evidence? 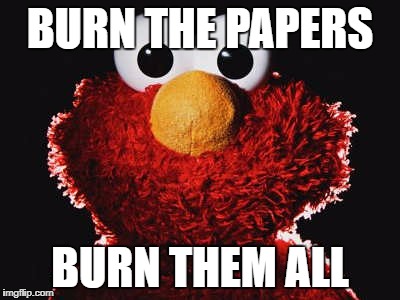 Anyway, we hope that the MACC manages to solve the cases and bring justice to those who deserve it. Because if the corruption index score was a subject in university, Malaysia would just be marginally passing right now.