Be honest to yourself (and us), raise your hands if you don’t know who Perak Man is. If your hand is up while reading this, then here’s a picture of him to refresh your memory… 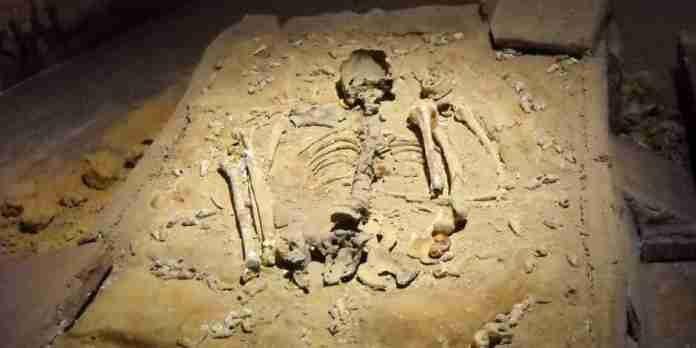 Perak Man is famous for being the first full human skeleton discovered in Malaysia. However, we may have only remembered him like the image above, especially in Sejarah textbooks, for so many years.

Fortunately, the great technology has helped a team of researchers from Universiti Sains Malaysia (USM) in discovering something new about the Perak Man besides allowing them to give him some form of justice (to his looks).

The Perak Man now has a face! The Gibraltar researchers reconstructed the woman’s face by scanning her skull and designed it by using a computer to restore her skull since it was partially damaged after burial. The result of this whole process? The Gibraltar researchers named her Calpeia. Img from Gibraltar Chronicle

The USM researchers thought they could simply adopt the same technique to reconstruct the Perak Man but then realised that it was too complicated to do that. This is because the Perak Man’s, who’s about 11,000 years old, skull was in various, small fragments.

So, they had to take these fragments to the Hospital Universiti Sains Malaysia for a CT scan. However, they only got this from the scan… That’s not even half of the skull! Img from the USM study

Thanks to the characteristics of the skull, the researchers were able to fill in the missing parts of the skull using a model of a real skull(!). They were lucky as a virtual donor had provided them with this 3D model to make their work easier.

NAH, BACA:
What happened today in 1987 that scarred the Malaysian media

Waitamin. Don’t we already have an illustration of the Perak Man?

If you’ve been to the Leggong Archaeology Museum in Perak, you might be familiar with these images. The IC of Perak Man (top) and illustration of the man himself. Img from Orang Perak

While that might seem like an accurate illustration of the Perak Man, it might be noteworthy that it’s just an illustration. Meanwhile, the facial reconstruction made by USM’s researchers tells us more info about the Perak Man than how he looked like.

And one intriguing piece of info is that he had a smaller brain, which weighed about 1,204.91ml (1.2kg), as compared to most Malay men (according to studies done in Kelantan and other parts of Malaysia, ok?), which weigh between 1,375ml and 1,332.5ml.

If you remember your Sejarah lessons, you probably remember that the Perak Man was born physically handicapped. However, the researchers didn’t exactly point out if there was any connection of that to the size of his brain.

Despite his flaws, the researchers highlighted that the Perak Man seems like an important person in his community.

“Based on his presumed status, Perak Man was likely a respected person in the group and, perhaps, a shaman and the most knowledgeable person in the group regarding survival, hunting, gathering, and other aspects of Palaeolithic daily life.” – an excerpt from Using 21st-Century Technologies to Determine the Cognitive Capabilities of a 11,000-Year-Old Perak Man Who Had Brachymesophalangia Type A2. 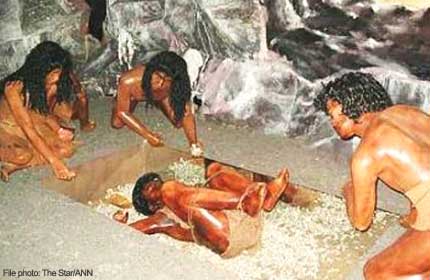 Facial reconstruction has brought many historical figures back to life (not literally cos that would be superfreaky!). Some famous names you may have heard of are Mary, Queen of Scots, and even Bach!

In fact, researchers in the UK went to the extent of recreating the voice of a 3,000-year-old Egyptian priest, Nesyamun by using a 3-D printer. WADAHECK?????

You probably remember the meme version of Nesyamun’s voice but we found a video with his ‘real’ voice:

However, it seems like the Perak Man is the only Malaysian to have his face reconstructed with the 3D technology so far. For our beloved history geeks, you can read more about the study conducted by the USM researchers here.

Knowing that we have the technology and manpower to come up with this discovery, who knows whose face local researchers will reconstruct next? 🤨