If you got more than a C in Sejarah, the name J.W.W. Birch might ring a bell. He was Perak’s first British resident, but he wasn’t very well liked and was subsequently murdered. But there’s a side to the story that your sejarah books might not have touched (even if you’re the annoying friend that actually remembers it).

There’s an interesting piece by a self-proclaimed historian named Sabri Zain which was condensed from Perak’s second British resident, Frank Swettenham’s book, Malay Sketches, and it has some rather controversial facts behind it, one which we’ll be getting into about WHO might have ordered the rather ridiculous death of J.W.W. Birch. But before we get you into the whole murder mystery, you should probably know…

The first orang puteh in Perak was NOT a popular guy

In 1874, the Sultan of Perak and Malay chiefs accepted the Pangkor Engagement treaty where there would be an establishment of British dominion over the Malay states (long story, next time k). However, there were still some resentments of the colonialists, and one of them was going to bubble up….. red.

James Wheeler Woodford Birch was appointed the first British Resident of Perak after the Pangkor Engagement. His first problem was that he could not speak a Malay at all. He had been in Ceylon (aka Sri Lanka) previously, so (Problem 2) he didn’t know the customs and traditions here at that time and it didn’t help that he came across as unsympathetic towards them (Problem 3).

Compounding his prickly demeanour, the fler wanted to change things around Perak really quickly so that it would seem more “British”, like how they did throughout their colonization.

“It concerns us little what were the old customs of the country, nor do I think they are worthy of any consideration.” – J.W.W. Birch

Yea, we think it’s fair to say he sounded quite mangkuk la. No wonder why the Malay chiefs wanted to get rid of this man because not only did he seem to not care about the language and the culture, he even took away the Malay chief’s right of collecting taxes (Problem 543…who’s counting?). And also helped their slaves escape their masters (ok well maybe this was good la) because he couldn’t understand why this ancient custom still existed.

So during the month of Ramadan, there was an unusual amount of discussions held between the Malay chiefs and Sultan Abdullah of Perak because they couldn’t tahan Birch anymore. 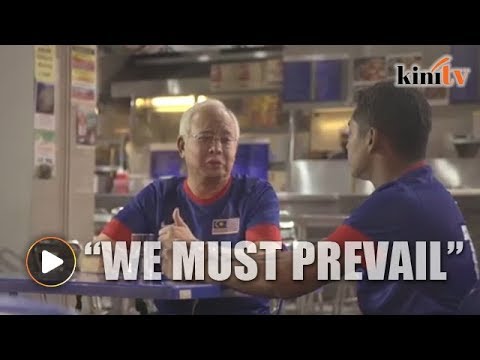 Pls don’t sue us. This was the first Google result for “mamak funny”.

They decided that the British Resident should be “taken care of” and that one of the chiefs, Maharaja Lela would see to it the next time Birch visits them.

But the amusing thing is where they chose to do the deed.

The last straw came when the British wanted proclamations about the transfer of power put up along the Perak River. Sultan Abdullah met with the Malay chiefs to share the ‘request’ for proclamations, which obviously they didn’t like la. Maharaja Lela told the Sultan that he wouldn’t allow any orang putih to post the proclamations in his kampung, Pasir Salak, and if they insist on doing it, there will be a fight. Well… After the meeting with the Sultan, Maharaja Lela went back to his kampung and told everyone that Birch would be arriving in a few days time and that if  he tries to put up any proclamations, the Sultan and the other Malay chiefs ordered to kill him.

True enough, on the 2nd day of Hari Raya (aiyo) in 1875, Birch and a few officers came to Pasir Salak to put up proclamations. News of Birch’s arrival in Pasir Salak spread like wildfire and suddenly there were men armed with kerises and spears along the river bank where the orang putih docked. Until now the Resident was still an ignorant orang puteh, but his boatmen knew that something bad was going to happen. Around 10 AM, Birch went to the bath-house on the river to bathe after giving his officers more proclamations to put up around the kampung. Yes. They actually created a cutesy model kit of the MURDER! Found at Pasir Salak Historical Complex. Image from The Star, we added the text.

Maharaja Lela’s followers decided to take the opportunity to get the job done since he wasn’t well guarded, so they jumped on the bath-house and rather than face to face combat… for some reason they speared him through the walls. And then another man slashed his head with a sword because apparently the Birch loklok wasn’t cooked enough yet. Almost ready… Image via the Star

Records are unclear, but we reckon at that point Birch was gone case. Then, a fight broke out between Birch’s men and the Malay chief’s followers, and Maharaja Lela ducked out to inform the Sultan that he killed Birch. Mission accomplished, but then would come the colonial consequences.

Most were hung, but the Sultan was exiled A diorama depicting the execution of Maharaja Lela and others who helped kill Birch. Image from The Star

After the murder, Maharaja Lela and the others who were directly involved in killing Birch were executed by hanging. Some of the Perak Malay chiefs who were involved were exiled with the Sultan to Seychelles. Once exiled, Sultan Yusuf of Perak was put in his place to rule after the exile.

In Seychelles, the Sultan was actually living a decent life and even joined the Victoria Cricket Club with British officers that were there. He also collected fine walking sticks, played football and also entered kite-flying competitions, not to mention that he introduced and grew a few Malaysian fruits that was used to feed the people during the world wars. Unfortunately in the late 1890’s, one of Sultan Abdullah’s wives passed away and since they were still in exile, she was buried in Seychelles. The Perak royal family in Seychelles during their exile. Image from sembangkuala.wordpress.com

As far as legacy goes though, there’s another interesting story of the Sultan’s time in Seychelles. One day, he heard a French song there called La Rosalie, and liked it so much that he adopted it as Perak’s state anthem. For those of you who don’t know… have a listen and see if it sounds familiar.

At the time of independence, the country needed a national anthem, so a committee was formed and they turned to the Perak state anthem cos it sounded quite nice (doncha think?). They settled on the Negaraku having the same melody as the state anthem because it had a “traditional flavour”.

So yes, bizarrely, our national anthem would not have happened, if an unpopular orang puteh wasn’t murdered.

Speaking of orang puteh… we’re not done with Birch yet. While Sultan Abdullah was still exiled, J.W.W. Birch’s son became Acting Resident and then Resident later on. Can you imagine, taking over a role that your dad was murdered for cos he did so badly in it?! Wow…

Thankfully, Ernest Birch learnt from his father’s fatal lessons. When he was Acting Resident of Perak, he confronted the issue head on – holding his first state council meeting on 2 November 1895, the exact day his father got murdered 20 years before. He reminded the Sultan and the chiefs during the meeting about what happened that day. 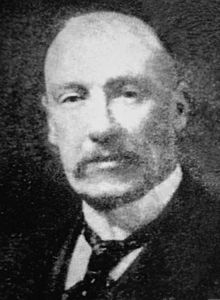 Look like his father or not? Image from Wikipedia

This Birch had better luck than his father because he actually managed reorganize the administration in Perak and introduce other changes, after he became the Resident in 1904, without getting in trouble. He captured the locals’ hearts and found out info about them before doing anything.

He was eventually knighted by Queen Victoria for his contributions, and died a normal death in Battle (yes, sounds funny, but thankfully Battle is a place, not an actual er… Battle).

How many murder plots result in a national anthem and a knight?

Share this article:
NAH, BACA:
The Bugis community recognizes FIVE genders. How does that even work?