Imagine walking on the street and you accidentally find an amount of money. Regardless of the amount, you might feel as though it was your lucky day. However, imagine accidentally discovering something even more… historical. Like a tomb!

And that’s just what happened recently: the Kedah branch of the Malaysian Historical Society (PSMCK) discovered an 839-year-old tomb!

It belongs to someone from a very, very EPIC lineage… So epic even shirtless, weapon-wielding men turun padang for it.

Actually the villagers of Kota Bukit Meriam knew the existence of a tomb in their kampung for quite some time already la. But since it looked unattended and rather spooky, they never actually investigate to whom it belongs to. That is until the Imam of Sintok Bugis mosque decided to move the tomb to a proper cemetery before informing PSMCK about three months ago that they finally figure out that the tomb belongs to Sultan Al-Mudzaffar Shah I.

But… who is this sultan?

Sultan Mudzaffar Shah whose original name is Phra Ong Mahawangsa, from the descendant of Merong Mahawangsa, was the final King of Kedah and became the very first Sultan of Kedah after he converted to Islam. He ruled Kedah from 1136 to 1179 which was like a long time ago. They actually made a movie out of his great grandpa! Image from Wikipedia

Legends have it that Merong Mahawangsa founded the state of Langkasuka (which is Kedah’s old name) after crashing into the shores of what’s now known as Kedah with a royal fleet from Rome. The story of Merong Mahawangsa is compiled in a book called Hikayat Marong Mahawangsa aka the Kedah Annals (hehe) where it tells the stories of kings and their founding of their kingdoms based on myths, legends or folklore… maybe something like the Game of Thrones.

It is also interesting to highlight how the President of PSMCK, Datuk Wan Shamsuddin mentioned that Kota Bukit is the actual location of Sultan Mudzaffar Shah’s tomb. There was actually a tomb with five graves which was said to belong to Sultan Mudzaffar Shah and his wife. This tomb was said to be located at Kampung Langgar, Lembah Bujang (yes, THAT Lembah Bujang with the candi). And since PSMCK discovered the real tomb of the first Sultan of Kedah, Wan Shamsuddin concluded that the tomb at Lembah Bujang might belong to the royal families. “We will come again to the site this Friday (13th July) to find more evidence to prove that the tomb belongs to the first Sultan of Kedah. With this discovery, PSMCK is convinced that the tombs of the second and third Sultan of Kedah will be found soon.” – Wan Shamsuddin told Sinar Harian. 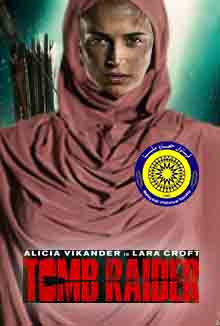 How on earth do they keep finding these tombs?! Well, the Kedahans actually played a big role in this. Villagers of the kampungs involved such as Kota Bukit Meriam and Kampung Chegar were the ones who reported their discoveries of the tombs. So if you’re reading this on your iPhones in Mid Valley Megamall or something… well… maybe you’ll find a tomb if you actually merayau-rayau in a real jungle instead! (Sunway Pyramid not considered tomb ok. For your wallet maybe la.)

But as far as reports go, any tomb-raiding fella can easily point out a fancy-schmancy tomb and claim that it’s royalty… so how can one differentiate between royalty and peasants? The society explains that they research based on a book called Al-Tarikh Salasilah Negeri Kedah. Only royalties and noblemen would use tombstones imported from Acheh, known as the Acheh stone. So atas! What about commoners like you and me? Well they’d use wooden tombstone or river stone. Ah, cheh. 🙁

Aside from tombs, PSMCK discovered other things too. There was an abandoned palace which people believed had belonged to femes thirsty king Raja Bersiong (neh, the guy who drinks human blood like a vampire). PSMCK put that urban myth down when they clarified that it belonged to Tunku Dhiauddin ibni Sultan Zainal Rashid who was the Raja Muda of Kedah during the reign of his brother, Sultan Ahmad Tajaruddin Mukarram Shah. No traces of a cannibalistic monarch. 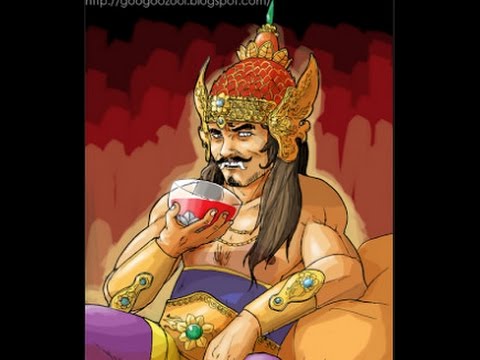 Sorry we just had to put this amazing artist illustration of Raja Bersiong. Click here to read more about the legend

Sultan tombs and palace aside, we actually have some of the oldest artefacts in the world

Although Malaysia is a relatively small country today, the discoveries archeologists have found seem pretty significant to history nerds around the world.

We’ve got Perak Man, the oldest prehistoric man who was found in Lenggong, Perak in 1991. His remains make the ONLY complete human skeleton from the Paleolithic period. Paleoli-what? That’s 11,000 years ago, in the Stone Age! Maybe Fred Flinstone actually knew him. Just in case ugaiz forgot how Perak Man looks like. Image from The Star

If you think Perak Man was ancient, ugaiz might not see the next one coming. A skull dating around 38,000 years BCE was discovered in Gua Niah, Sarawak along with other historical items. Some of the items were Pleistocene (the period of the most recent ice age) chopping tools and flakes, Neolithic axes, pottery and mats.

But actually, a number of discoveries have also been found in Kedah. Not really surprising, because Kedah is reportedly one of the most oldest civilisation in Malaysia. Did you guys know that archaeologists found ancient shipwrecks which were claimed to be older than Angkor Wat? Whut?? That’s how old Kedah’s civilisation is! As a matter of fact, Sungai Batu Archaeological Complex was said to home the oldest civilisation in Southeast Asia.

So, it would probably be a waste if we don’t preserve these historical artefacts. In fact, the President of JKKK Chegar, Yob Ramli hoped that the tomb of the 14th Sultan of Kedah would be preserved.

“This effort (to preserve the tombs) is important to the source of history of the sultan and citizen of Kedah and if there are no immediate actions, there are possibilities that history would disappear.” – Datuk Mohd Rawi for Harian Metro.

You can always build new things and progress, but perhaps one thing you can’t rebuild is history.