If you’re into organic, free-range chickens, you’d probably know that the kampung chickens descended from the same ancestor as the broiler chickens but don’t breed systematically and eat less, resulting in the variety of physical traits, smaller bodies and eggs that are smaller in numbers and size. And also, the benefits that attract people to buy kampung chickens:

“Lower in cholesterol and fat as well as more delicious meat.” – PUSAKA. But the Persatuan Pembiak Baka Ayam Kampung Warisan Malaysia (WAK), a club for kampung chicken breeders, have bad news for you free-range chicken lovers: some “kampung chickens” on sale are fake.

Back in 2013, sellers used yellow dye to colour the pink skin of plucked broiler chickens to make them look like the naturally-yellow plucked kampung chickens. 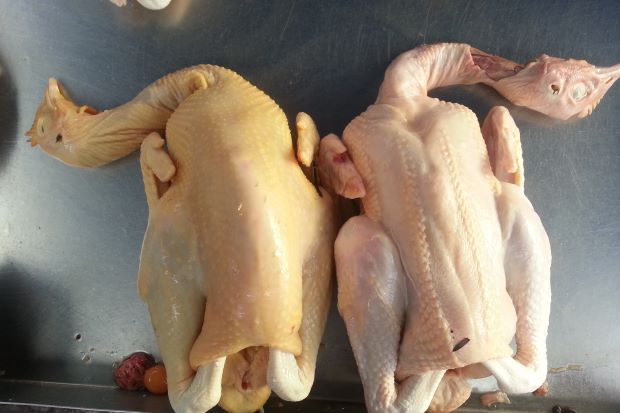 The supposed difference. Image from imgur.com (plucked from Says).

This year, sellers are colouring the feathers! WAK chairman Dr Azhar Kasim alleged that consumers are being cheated into buying broiler chickens with feathers dyed to make them look similar to those of kampung chickens.

“The feathers of the coloured broiler chicken are similar to those of ayam kampung. That’s why a lot of people get confused.” – Dr Azhar Kasim. 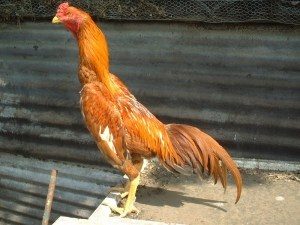 You’d probably wonder why some sellers would do that, since they’re chickens either way…

Kampung chickens take twice as long to get big 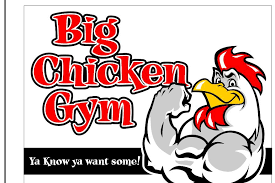 Yes this is actually a real gym. Image via Facebook

Just to set the context as to why some sellers are colouring their chickens, we have to look at what’s needed to raise and sell these chickens. We learnt from research by the Malaysian Agricultural Research and Development Institute (MARDI) that, with the same rearing management and feeding, the quality of meat for both chicken species are the same at the same age, and increase with age. But because of the limited supply of kampung chickens and the costlier methods of rearing these chickies (involving lots of money, time and effort), customers would have to fork out more money for a real kampung chicken (RM18-20 per kg) than for a broiler chicken (RM10-12 per kg), and we’re sure that not everyone would be able or willing to spend more.

“When the coloured broiler chicken reaches the size of an ayam kampung, the breeders would sell it at a lower price than the real deal.” – Dr Azhar Kasim.

And assuming that the economic rule of lower selling price increasing demand (and hence number of sales), it makes economic sense for the fake kampung chicken sellers to pretend to sell kampung chickens by instead selling coloured broiler chickens at a lower price with higher sales revenue and lower cost of rearing the chickens (as well as shorter growth time and less effort to jaga).

Now, you wanna know how to buy real ones but looking is not enough to tell if it is

As much as we’d like to point out how to distinguish a real kampung chicken from a fake one just by looking, we sadly couldn’t find any mentions of such tips, except from someone who grew up in a kampung with these free-rangers about the colour of the skin (not for coloured feathers though; and if anyone else knows how, please share in the comments, thanks). Image from freebeerforyorky.com (plucked from Says).

But you don’t have to worry about looking at the chicken colouring if you really can’t tell since Dr Azhar said that the best way to make sure you’re buying real kampung chickens is to buy from registered breeders. Registered with what exactly, he didn’t say.

But we did some digging and found a certificate that could be the very thing kampung chicken breeders need to be legit, and it’s called SALT. Well, not the MSG stuff but the Sijil Skim Amalan Ladang Ternakan from the Veterinary Department for those who fulfill the various requirements of a certified livestock farm. However, it might not be complete without proper enforcement which, according to those in the industry, might be lacking from the side of the relevant authorities, particularly Veterinary Department and the Domestic Trade and Consumer Affairs Ministry.

“Such tactics have become more common as the agencies responsible for these matters have not taken effective measures despite complaints from chicken breeders and also consumers throughout the years.” – Dr Azhar Kasim.

That’s why he’s urging the authorities to crack down on dishonest poultry selling. Again, he didn’t specify how exactly, but we’re assuming that maybe they could start with conducting regular checks at slaughter houses and wet markets where you’d find these artificially coloured chickens.