If you’re like the rest of us office-working peons, you might have had someone from the accounts department coming up to you with a form asking if you’d prefer to have an “8% EPF reduction or stay at 11%?”

If you haven’t, then you’d better pay more attention to this article.

Y’see, beginning from March 2016, the government will be automatically reducing your personal EPF/KWSP contributions from 11% to 8% unless you fill in a form saying that you’d rather keep it as it is. And, if you’re like the rest of us here in CILISOS, you’d probably have no idea what this means. As part of PM Najib’s Budget 2016, the plan is to cut the contributions by 3% so that you’d have more money to spend, and in return, stimulate the economy. As a side bonus, the government will also earn extra from the GST that comes from your increased spending.

Now, before you start going into a monologue about how the government going broke and squeezing more money from the rakyat, we have to again say in bold colored words that:

But then, theories and calculations started showing up on social media that you could outsmart the gomen by investing the money instead. But then again, there are also people saying that this would also end up making you pay more for income tax. And unless you’re a tax expert, they all sound equally convincing: So how? To reduce or not to reduce? Well, at risk of spoilers, the answer comes from understanding how taxation works, but again, we CILISOSgaiz don’t know our taxes from Texas so we had to ask a couple of tax consultants – Zen Chow from K K Chow Tax Services, and another who prefers to remain Anonymous – who were nice enough to give us a n00b explanation.

How your EPF affects your income tax

Every month, a certain percentage of your salary is automatically deducted to be put into the Employees Provident Fund (EPF or KWSP in BM). This money is then used for investment purposes, and the profits are returned to you in the form of dividends (aka interest). However, you can’t touch this money as it’s meant for your retirement.

Yes, this is my actual payslip.

As the government’s way of saying thanks, you’re given a tax relief of up to RM6,000 based on your EPF deductions AND life insurance payments. And life insurance only ya. The rest like medical, car, pet insurance and all don’t count. There are other tax reliefs such as for buying a computer, books, and children punya education; but we’re only going to be focusing on on the EPF/Insurance relief for this article.

This is the simple part of the explanation, because…

The LESS you earn, the MORE advisable it is for you to stick to 11% But on the other hand, this RM6,000 is the maximum that you can claim, so even if you contribute RM15,000 to the EPF a year, you can still only claim RM6,000. In other words, you should only take the 8% option if your EPF deductions meet the RM6,000 mark. Here’s a super-simplified side by side comparison:

(BTW, this assumes you have no other deductions, are single with no children, and no life insurance) Thanks to our Anonymous tax expert for helping out with this!

You can also click the tab below for a step-by-step explanation but feel free to skip if you don’t wanna tax your brain: The RM9,000 deduction is given by the government to every taxpayer. So adding this to your EPF deduction gives you the total tax relief for the year. Your annual salary minus your total deductions gives you the chargeable income that you will be taxed on. This is where you have to look up your tax tier (tax bracket) which determines the percentage you have to pay. For this example, you’ll fall into the third tier, which are those with a chargable income between RM35k – 50k:

NAH, BACA:
RM19.4 billion in GST refunds missing? Here's what UMNO politicians are saying about it.

Screencapped from Malaysian Tax and Business Booklet by PriceWaterhouseCoopers.

You can view the full table on page 3 of the PriceWaterhouseCoopers booklet. Then you pretty much add the two tax amounts together to come up with the total tax you need to pay.

So as you can see, contributing less to the EPF might be more expensive in the long run because you’ll be paying more income tax in the end. Zen tells us that if you don’t have life insurance, the magic salary you should be earning to safely make the switch to 8% deductions is RM 6,250 or more.

Again, there are a whole lotta other factors that would affect how much of income tax you should pay, so it’s still best to sit down and calculate this yourself in order to make a decision. You can also check out The Malaysian Patriot‘s post (including the comments) for further reading. Or you could always call a tax consultant… like Zen  😀

So now that we’ve got this part done, let’s go to the next question which is: How about if I take out that 3% for investment instead?

If you’re going to use the extra money for a new iPhone, then better stick to 11% Here’s our coffeeshop uncle summary for this point:

Unless you’re earning a high-roller salary, chances are pretty high that the 3% is only going to amount to a couple hundred ringgit a month at best, leading most of us to just spend it instead. And kena GST summore  😕 But say if you’re really semangat about this and save up enough to invest, then you have another problem – any profits that you get will be considered income, so you’ll get taxed as well. And if this happens to push you into a higher income tier, then you gotta again make sure that you’re earning enough to cover the extra income tax payments.

There’s a loophole though – some investments like mutual funds have the tax already paid upfront by the company, so any profit that you get won’t affect your income tax level. We can’t go into detail on this because it’ll complicate this already-complicated article, so go ask that friend or relative that keeps bugging you to invest in mutual funds for more info.

And finally, the last thing to consider is that whatever you’re investing in should bring you more profit than what the EPF gives. In 2015, the dividend (the return on your investment) from EPF was 6.4%. In fact, their returns have been consistently above the 6% mark since 2010. If we were to use this as a gauge, whatever you’re investing in should give you returns above that level, otherwise might as well keep in EPF right?

And again, these are just some things to think over. If we had a solid suggestion on investments we’d be holidaying on Cat Island instead of writing articles about income tax. Bah. Cat Islanddddddd…. Image from The Telegraph.

At the end of the day, it’s your call 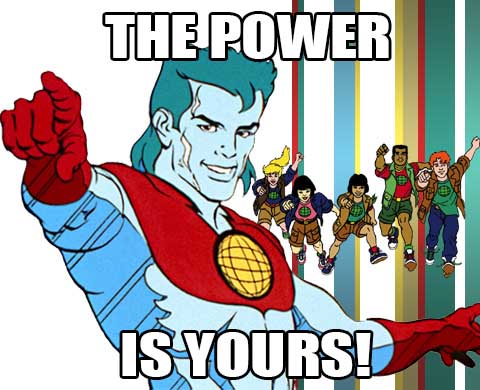 No, seriously, the whole point of this article is to help you figure out the pros and cons so that you can decide which is the better option for yourself. It’s much better than just signing a form without knowing what you’re in for, like most of the CILISOS writers when we were given the EPF form to retain our contributions at 11%: Everyone signed except for our Editor-in- Chak, who’s waiting for this article to be published so he has more info before making a decision. Chak is smart. Be like Chak.

Oh, and before you bring it up, yes, there will be an additional RM2,000 tax exemption for Malaysians who earn below RM 8,000 a month (yay!) but this is for the taxes you’ll be filing this year. There’s no guarantee you’ll be getting it again in 2017.

But if you’re willing to consider an expert opinion, both tax consultants we interviewed for this article said it might be a better idea to just keep contributing your 11% to the EPF:

“It’s very subjective… As far as we know [the EPF] has very good returns, so unless you’re confident you can get more than [what the EPF gives], then go ahead. But whatever you do, you SHOULD NOT spend the extra money.” – Zen Chow, via phone interview with CILISOS.

So we’re curious to know… what about ugaiz? Are you keeping to the 11% contributions? Or taking the extra 3% in an attempt to earn enough for a holiday on Cat Island?

Also, let us know if this article helped!  😀