So for the past two days, news has been trending that the infamous FMFA deaths were not caused by drugs, but by heatstroke. OMG. DUH. Heat, Haze, dancing… of course la kena heatstroke.

But does that mean the authorities shouldn’t have shut the concert down (not to mention the whole bunch of other concerts since)? CILISOS takes a closer look.

The doctor’s argument – “They died of heatstroke, not drug overdose” 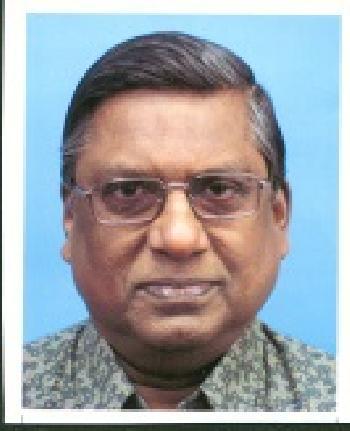 Dr. Nadesan from Universiti Hospital has ALOT of experience as head of Forensics. Click for his CV.

“Autopsies on the “virtually dried up” bodies, including one which had a temperature of 39°C, led Dr Nadesan to rule the deaths as caused by heatstroke.” – The Malay Mail Online

Professor Dr. K Nadesan has alot of credibility behind him (c’mon wei. not just doctor, but Professor also yo). He’s the University Malaya Medical Centre (UMMC) forensic pathology department head, and has a heck of a long CV.

In the report, he said that they were told by the police that the 6 youths were suffering from a drug overdose, where in fact, only trace amounts of the illegal substance, MDMA (a.k.a. ecstasy or Molly) were found, “much lower than the average recreational level of 0.1 to 0.25 microgram per millilitre” .

But one thing he said in the article really caught our eye.

“Even the clinicians at the trauma centre were under the impression that these people were heavily intoxicated with drugs and were treating them for overdose instead heatstroke.” – Dr. Nadesan to the MalayMail Online.

How do you treat MDMA overdose then?

MDMA is one of the world’s most popular illegal substances, known as the “love drug” because it makes people feel good (by forcing the release of dopamine, which is our body’s internal happy drug). Unfortunately, that’s also the danger of it. Some people feel so good, that they don’t know their bodies are crying for things like water, or simply a cool environment. Which leads to this.

“When Ecstasy (MDMA) related deaths occur, the most common mechanism of death is complications of severe overheating (‘heatstroke’.)” – TheDEA.org.

“Nobody dies of taking MDMA, it’s a misreporting. What the person could die of is whatever it’s mixed with, or dehydration, or some other constellation of factors that have nothing to do with MDMA itself.” – Andrew Feldmár, a Vancouver-based psychotherapist, thestar.com (not .my!)

So here’s the thing. Most Ecstasy victims don’t die from ecstasy overdoses – they die from heatstrokes. And here’s the recommended treatment for an ‘overdose’…

“If caught in time, the first step to effective treatment is often lowering the body temperature to an acceptable level and rehydrating them.” – WisTV, “The Truth about Molly”

Er… Dr. Nadesan… so what kinda treatment were the patients supposed to get?

OMG so the 6 deaths are still because of drugs!? Well, yes. Since ALL the victims had traces of MDMA in their blood, that is pretty much the most logical conclusion.

If 5 people died in car accidents, they would be car-related deaths, even if say… the drivers were drunk, or say… on drugs. So in that scenario, is it the drugs, alcohol or the car that’s at fault?

The thing is, just like cars, or alcohol, drugs can have good and bad traits. In fact now, MDMA is actually being explored as a realistic cure for depression, just like Marijuana is now legalised for treatment of nausea and other things in the US.

In this case, it’s easy to see how drugs were at least partially responsible for the deaths. They encourage a high-level of activity, and a low-level of sensory warnings for things like overheating and dehydration. Unfortunately, if there’s anything we know about a dance party, it’s that

“By the way, bring more money because drinks and foods are ridiculously overcharged. Mineral water for RM10???!? ” – Ceritadona.wordpress.com on FMFA2013

Furthermore, there are rumours of a ‘bad batch’ of MDMA going around, that is causing these deaths. Some people close to CILISOS members also shared that a few of the victims of this round of deaths were first-timers. There is obviously a risk associated with all drugs, particularly synthetic ones like MDMA because they don’t need a SIRIM cert, so there could be ANYTHING inside them – from rat poison to glass shards.

Obviously, the drug-factories aren’t killing you on purpose (cos then they’d lose their customer base), but without proper regulation, anything goes (there’s even a movement to legalise all drugs because of this, but that’s a story for another day).

But does that mean we should ban all dance parties forever!?

When The Star article got launched, all the news organisations picked it up, and we immediately started seeing alot of shares on social media and everywhere else. It’s strange tho… cos many people who know about MDMA usage (which we’re sure the concert organisers have studied about the some degree at least) would automatically feel that something wasn’t right. If you told a doctor overseas that someone died from heatstroke at a rave party, one of the first things they would do is to check for traces of MDMA.

And yet, even those people have shared the article. But why?

Well…it’s been a VERY HARD year for Malaysian parties No, we don’t mean political parties (for once).

We covered this in an earlier article asking if FMFA2014 was Malaysia’s last ever rave, and it does seem to be that way. Not only did Heineken’s THIRST event get cancelled recently based on similar concerns, but FMFA2015 move to Singapore. And they were banned there too 🙁 The thing is… who can truly assure a drug-free event.

At the end of the day, there’s a risk associated with everything, and all party organisers can do is to minimise that risk. Like air-bags on cars, and emergency exit procedures on planes.

“We don’t go out raiding dance parties and closing them down, or having any sort of major operations to do it like they did in England. It’s only just a common sense approach such as ensuring water, free flowing water, is available in toilets. Ensuring that there’s a chill out area for people to go and cool off.

These aren’t things that people are finding oppressive. Some people will be taking illegal drugs, well so be it. It is a reality, so while we’ll take some major efforts to control the dealing in the drug scene we will not be making the dance parties so oppressive that people won’t want to go”. – Detective Inspector Graham Lough, Co-Ordinator of Drug and Alcohol Policy for the South Australian Police, Taming the Rave, ABC.com

Regardless of whether the deaths were drug-related or not, people still need to party. And it’s better for the country, and for party-goers if these parties are regulated. However, of course there are steps that organisers can take to curb the risks of drug-related deaths, and THIRST and FMFA have both taken quite a serious stance on preventing drug consumption on their quarters… and that’s all we can really ask for them to do.

Well, that and maybe lower the price of mineral water too la 🙂

Share this article:
NAH, BACA:
Some Malaysians are calling for this potentially deadly plant to be legalised. But why?