If you have a poster of Syed Saddiq marinating in an icy bathtub on your bedroom wall, you might be interested to know that your bookish oppa now has a bad boy reputation: a few days ago, he was called up for questioning by the police. Here’s a hint why. Original img from Hype.my.

Apparently, it had something to do with an interview he did with al-Jazeera in March this year, right after Malaysian politics did an oopsie. Saddiq had allegedly said some stuff that’s worth investigating under the 1948 Sedition Act and the 1998 Communications and Multimedia Act (CMA).

“Allegedly [the] issue [is] with the purported royal coup and backdoor government by Perikatan Nasional (PN)… The interrogation with the police took place for less than an hour; [it was] for 45 minutes,” – Saddiq’s lawyer, to the Edge Markets.

Whoah. But as it turned out, Syed Saddiq’s predicament was only the tip of the iceberg. Because if you look at the news for the past two months…

The CMA and Sedition Act is being used a lot lately It’s easy to miss with the MCO and all, but Saddiq’s not the only one facing the heat. In the past couple of months, enough people got charged or investigated, either under the Sedition Act, the CMA, the Penal Code and/or the Official Secrets Act (OSA). In fact, there’s so many that rather than exploring each one, it would be easier to make a list: The fire broke out in the ICU of the hospital. Img from Straits Times.

We’ve actually written a lot about the Sedition Act before, so if you’re interested you can check out our sedition tag. But these four laws have something in common: what constitutes as an offence under them is about as loose as Kenny Loggin’s foot after eight hours of work. Too many things can be considered seditious according to the Sedition Act, and under the CMA, comments that are ‘obscene, indecent, false or menacing in character‘ are offences, which can mean a lot of things.

The Penal Code and the OSA also had their fair share of criticism: practically anything can be declared as an official secret by the government, and some sections of the Penal Code, like Sections 504 (Intentional insult with intent to provoke a breach of peace) and 505 (Statements conducing to public mischief) has the same energy as Section 233 of the CMA.

So with that in mind…

What did Saddiq say in his interview that involves Sedition and/or the CMA?

The actual interview ran for less than 10 minutes, and in case you don’t feel like listening to it, here’s a link where we transcribed it, word-for-word, as best as we could. As we’ve mentioned before, Sedition and the CMA are pretty vague, and since it wasn’t revealed explicitly which part of the interview brought on the investigations, we had to guess which part may have ticked people off, much like a puzzled husband trying to figure out why he’s sleeping on the couch tonight. 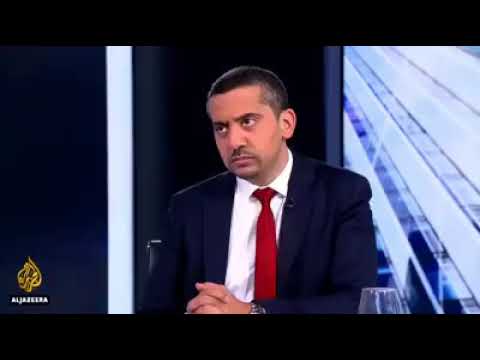 When you tryna transcribe but they talk over each other a lot. Img from al-Jazeera.

Using our special Don’t-sue-us Editorial Sense™ honed over the years, we picked out some potentially offensive parts of the interview, which are highlighted in our Google Docs transcript:

These are just the ones we think might set off some people, particularly from the current government. There can potentially be more as looking at how these things work, even if Saddiq had refrained from outright saying ‘global kleptocrats’ or ‘backdoor government’, when it comes to the message of the interview in regard of sedition and the CMA, if there’s a will, then there’s a way to lodge a police report and have him investigated.

NAH, BACA:
Are Msian politicians able to buy bungalows with their salaries?

One may wonder why such vague yet punishing laws are still around, but that’s a whole mess that we won’t get into in this article (because this other article kinda explains it already). But with the rate at which people are being snatched up because of these laws, some have wondered…

Is the government back to restricting free speech in Malaysia? We swear it’s funny, but sometimes funny isn’t worth the trip to the police station.

Long before the so-called ‘Malaysia Baru’, there was a time when scores of people got arrested for speaking out, either through words or peaceful assembly – sometimes more than 100 in a single month. With the recent surge in cases of where people got into trouble for speaking out, some have wondered if we’re bringing old habits back. Phil Robertson, Human Rights Watch’s deputy Asia director, had remarked that this is a step back for Malaysia.

“Like flicking a light switch, Malaysian authorities have returned to rights-abusing practices of the past, calling journalists, activists, and opposition figures into police stations to be questioned about their writing and social media posts. The government should stop trying to return to the bad old days and revise the laws to meet international standards.” – Phil Robertson, in a statement.

Is that really the case, though? We don’t know. The police, for one, had assured the public that the recent investigations on politicians were not politically motivated, and according to the IGP Tan Sri Abdul Hamid Bador, the police is definitely not trying to intimidate or suppress freedom of speech.

“Prime Minister Tan Sri Muhyiddin Yassin has told me that the police must not be a tool to be used against the government’s political enemies. Even during the Pakatan Harapan rule, then Prime Minister Tun Dr Mahathir Mohamad advised me not to take action based on political motive. The police are on the right track, taking actions based on the Federal Constitution and laws,” – Tan Sri Abdul Hamid Bador, as reported by The Star.

An average Malaysian’s expression of relief upon hearing that. Gif from PrimoGif.

So we’re back to the laws. While there weren’t a lack of suggestions to improve them, it seems that even two years of a different government couldn’t (or wouldn’t) do anything about them. Dr Mahathir, early on his tenure as the 7th Prime Minister, had admitted that the OSA is open to abuse, but he believed that the law should stay anyways.

Welp. Wonder if it was as ironic back then.