It only seems not too long ago that everyone and their grandmother were being arrested or charged under the Sedition Act. However, some of you might have also noticed that there’s been little news about what happened to those who’ve been charged. No court cases, no sentences, no picture of them leaving court.

In fact, even instances of NEW sedition arrests have slowed down; as have new probes (investigations) under this Act. It’s almost as if the police got bored of it and decided to probe people using a different laws such as the Peaceful Assembly Act or the Communications and Multimedia Act for fun and excitement. But that’s actually not the case. The actual reason is because one man (backed by a dream legal team) has temporarily put all sedition cases on hold by challenging its legal status, which we’ll discuss later in this article.

Unfortunately with the results announced in court on October 6th, this man might now be jailed for up to three years and/or be fined up to RM5,000. But what man has enough telur to take one of the most criticized Malaysian laws to court?

That man is Azmi Sharom Professor Azmi Sharom. Telur not pictured. Image from The Star.

One evening back in August 2014, Professor Azmi Sharom – a law lecturer at Universiti Malaya – receives a call from a Malay Mail Online reporter asking him for his legal opinion on the Selangor Constitutional Crisis. He gives his professional opinion and ends the call. The article, “Take Perak crisis route for speedy end to Selangor impasse, Pakatan told,” is published on the Malay Mail Online’s portal.

Two and a half weeks later, as he’s preparing himself for classes, he receives a phone call from the police. He’s told that he’s being charged with sedition over his comments published in the article.

And that was how Azmi Sharom became the FIRST academician to ever be charged for sedition in Malaysia. Is the Sedition Act unconstitutional??

Would you believe that the Sedition Act has been around longer than Malaysia has? Yep, it was introduced by the Brits in 1948 to combat the communist insurgence. On the other hand, the supreme laws that govern all Malaysians – the Federal Constitution – only came about in 1957 while parliament wasn’t founded till 1959. So in other words, the simple argument is that the Act is unconstitutional because it was:

You can read the more complicated argument here, or take a quick 101 lesson on the Sedition Act and how it can be very openly interpreted (not good) in one of our previous articles.

No one else thought of challenging this before meh?

Well, challenging the constitutionality of the Sedition Act is only one of the four lines of defense mentioned by our lawyer friends but in reality it’s much easier said than done. Y’see, the courts work on a system of hierarchy, as listed from low to high:

So what this means is that each court has different powers based on how serious a particular case is. If the case is considered to be beyond the capability of the court, they’ll refer it to a higher one. So for Azmi Sharom, his team first made the argument to the Sessions court in which the judge agreed that there might be an issue and referred it to the High Court. The High Court judge also agreed and transferred his case to the Federal Court.

In other words, Azmi and his legal team had to go through TWO LEVELS to convince TWO DIFFERENT JUDGES that his case had merit to be brought to the Federal Court. If either the Sessions or the High Court judges didn’t agree with his legal team, Azmi would have stood trial for sedition.

But why should we care about Azmi’s challenge so much? Image from Crooks And Liars

As Eric Paulsen of Lawyers for Liberty puts it:

“If he wins, it’s quite historical… groundbreaking. That would mean sedition is no longer an offence and all charges will be dropped.” – Eric Paulsen, in phone interview with CILISOS.

FYI, Eric is also facing trial for sedition charges over a tweet he made.

But here’s the catch… If you noticed, the Federal Court is the highest level you can go. What this means is that their decision is final – there is no higher court you can take your case to. Not just that, you know how lawyers refer to older cases in those law-based TV shows, like “In the case of Poxleitner v McGregor 1971…” ? Well, our friends at AskLegal explained that this is called stare decisis – meaning the courts will usually follow the results of a previous decision for future cases. Let’s look at the outcomes for each decision: 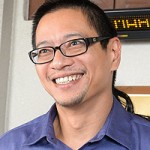 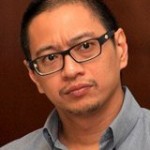 And if the title didn’t already give away the ending, Azmi lost the challenge. 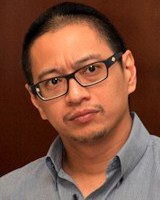 Yeahhhhhh… all five judges hearing Azmi’s case agreed that the Sedition Act is legal and does not go against the Malaysian Constitution. Here’s their (simplified) reasons to the arguments presented earlier in this article:

Here’s the more detailed account, or you can read the full 34 page judges’ sentence OR the shorter press summary at the Federal Courts of Malaysia website.

It was also added that Azmi’s sedition trial will be transferred back to the Sessions Court to be continued “without further delay“. This also means that everyone else charged with sedition will also eventually stand trial, including local cartoonist Zunar who faces a record NINE sedition charges for his Twitter posts- equating to a maximum of 43 years in prison and a RM45,000 fine.

Is there really no more hope after this? Used with Zunar’s permission. Click to link to article.

We’d like to stress again that this doesn’t mean that the 30-odd people about to stand trial are going to prison. They would still be able to argue their defense in court, but at the same time the lawyers aren’t giving up on challenging the Sedition Act along other avenues. Here are two possibilities:

The need to prove intention

Eric tells us that in order for an offense to be considered criminal, there must be an element of intention – meaning that the person made a mental and moral decision to commit the crime. However, other than clear exceptions mentioned, the Sedition Act doesn’t account for intention:

“So now the Sedition Act is like a traffic offense… the reason you beat the red light doesn’t matter, what matters is that you ran the red light. When it comes to sedition, like a criminal offense, there must be intention.” – Eric Paulsen, via phone interview with CILISOS.

Eric mentions that this line of defense hasn’t been argued before, but several applications have already been filed… including PKR MP N. Surendran who faces two sedition charges.

Azmi can apply for a Federal Court review

AskLegal also told us that Azmi Sharom also has the right to request for a review of the Federal Courts’ decision, but noted that this is really the final final super final step which would involve five fresh judges (weren’t involved in this hearing) of the Federal Court – nothing else can be done after this. It’s also interesting to note that Anwar Ibrahim’s family filed a similar request for his sodomy sentence back in April and his review will be heard on November 16th.

Aiyo, die la… everyone will kena sedition after this. The scary thing here is that, in a way, the result of Azmi’s challenge has further strengthened the position of the Sedition Act as a constitutional law; or as Eric puts it,  “It’s here to stay unless Parliament reviews it”.

Even scarier is the fact that Parliament passed new amendments to the Sedition Act back in April which makes it even more severe than the one currently used! So for the foreseeable future it might appear that we’re monumentally…

But not without a fight

Aside from the legal challenges mentioned here, one thing we haven’t touched on is the human element. Sure, Azmi Sharom was disappointed by the results of his challenge but he also said this:

Within Universiti Malaya itself, Azmi’s arrest inspired a solidarity march back in September 2014 which was attended by UM and private university students, staff, and some members of the public. We interviewed some of the marchers and found that not only was Azmi a capable teacher, he was also well loved and admired by his students. The day before the results were announced, CILISOS was invited to attend a press conference by UM Law students who pledged to stand in solidarity with Azmi and would, if he lost, continue to fight the Sedition Act and defend academic freedom. Of course, some of ugaiz out there might see the merit of having a Sedition Act in order to preserve the peace and harmony in the country, even at the cost of limiting freedom of speech and expression. But our question is, what happens when you find something worth speaking up for one day?

So yea, if you were ever faced with a sedition charge for exercising your right of speech and expression, just remember that you’re never alone in the sedition spotlight cause, whether directly or indirectly, there’ll always be someone alongside you.

Or you could, as Eric once said, play it safe and stick to posting up cute cat pictures.