Tan Sri Vincent Tan, founder of Berjaya Corporation Bhd (the nice people who gave us Berjaya Times Square), like any good businessman, has made some questionable decisions in the past. Remember that one time he decided to change the colours of his football team Cardiff City FC from blue to red, cos ‘ong’? (at least they’ve changed back though!)

Or that time he decided to sign players based on how many 8s they had in their birthdates? Ok, football aside, the man has done some really good things for us. We actually have him to thank for bringing mega brands like McDonald’s, Wendy’s and Starbucks to our shores, so we’re good. But while Vincent Tan has recently come out of retirement and been lovin’ it (McD don’t sue us pls), he’s also been attracting controversy again because of his plans for a new airport on Tioman Island.

Yeahhh it does… but it’s a teeny, tiny one that used to only serve Berjaya Air flights, and now only serves chartered 12-seater single-engine flights (basically planes owned by ‘atas’ people). Besides that, it has virtually ZERO facilities (though there is a café and a duty-free gift shop, if you’re into the whole “I went to X and all I got was this lousy t-shirt” culture). The highlight of your visit to Tioman’s tiny Tekek Airport. Image from: The Zon

But the main issue of the airport is the runway. Besides being too small to accommodate more than one take-off/landing at a time, it’s only accessible from the north, so incoming planes have to:

As you can see below, failure to do steps 2 and 3 would result in being roti canai-ed by the mountain pass: How we imagine the landing instructions for Tioman’s airport look like. Image from: Wikipedia

Enter Vincent Tan and his plans for a new airport

Since Tioman is a hugely popular spot among tourists, it doesn’t seem like such a good thing that the only airport on the island is essentially a deathtrap for flying noobz, so this is exactly what Vincent Tan is trying to fix (FREE of charge to the gomen, might we add):

“We will not burden the government because I think anyone who wants to run an infrastructure project needs to find its own financing and not just ask the government.” – Vincent Tan

The gomen of Pahang have also hopped on the idea, saying that it’s about time Tioman got a method to pull in the crowds and the Ringgits$$ even during the monsoon season, when boats are frequently unable to sail. Cos quite potong la if you cannot provide service cos of rain right? However, while they too are in support of the idea, Malaysia Airport Holdings Berhad has said that building the airport will be quite mafan, as they’ll have to do land reclamation (more on this later) thanks to Tioman’s less-than-ideal geography.

Soooo this basically means their only option will be to expand into the sea la. As in, a floating island airport.

And this is precisely why many local islanders really, really anti this airport

An airport on the water sounds cool right? But chup, not so fast Tan Sri! While the gomen big boys have pledged their support, the locals living in the various kampungs around Tioman Island are not too keen on this new airport. 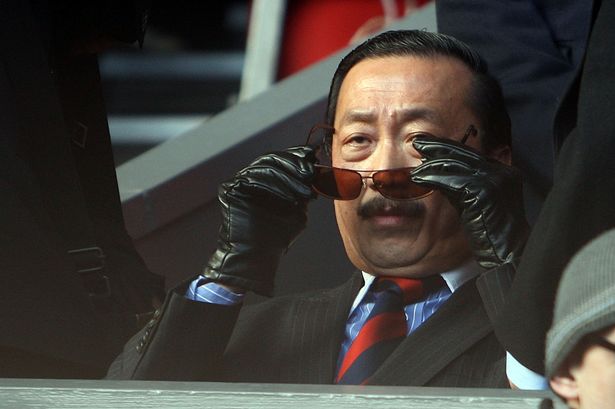 For one, they’re concerned that the land reclamation (which is basically raising land from underwater to make a new island) could damage the surrounding area, especially the coral reefs around the island, which is what Tioman is most known for.

Bearing in mind that while reefs around the world are deteriorating, Tioman’s are actually well-preserved, making them quite a significant part of our national identity:

“They’re going to have to reclaim land, which causes sedimentation, as well as affect the quality of the reefs. To what extent are we prepared to sacrifice for profit?” – Alvin Chelliah, Programme Manager for NGO Reef Check Malaysia and resident of Tioman for 5 years As for the claim that locals’ income would be boo$ted thanks to the new airport, Kampung Genting village chief Haji Azman disagrees. Citing Langkawi and Redang as examples, he feels that the building of the new airport would bring a different class of tourist to Tioman, hence taking away income from locally-owned chalets, cos crazy rich angmohs sure wanna stay in 4-5 star hotels lo. “But, but… it’s authentic!” Image from: Tourism Pahang

Plus, he adds, funds would better be spent on upgrading the existing airport, rather than splashing the cash on a new one. Cos there were indeed plans to do exactly that some time back, but they got scrapped cos of environmental concerns.

And while we’re on the subject of money, the locals feel that there are loads of other stuff to spend on instead of a flashy new airport…

Ironic right? You’d expect an island surrounded by the ocean to be always full of water, kan? But it turns out that Tioman has been having consistent water shortages for a reaaaally long time now. Like, this was an issue back in 2005 and still is today, especially during the dry season when there’s no rain:

But that’s not all… according to Alvin, sometimes wanna berak oso can be a headache here cos they’re also having a shortage of public toilets on the island. He says that in many of the villages there aren’t public toilets, while in Tekek (the main village), only the female toilet is open, so EVERYONE has to use that.

So, just imagine having to do your number 2 in a toilet that the WHOLE village uses, only to turn the tap and find there’s NO WATER to wash your bekside. How laaaa dei.

Besides water and toilet issues, Tioman lacks a proper waste disposal system. While they have an incinerator, Alvin says that more trash is produced than the incinerator can take, especially during peak season. There are also certain types of trash that the incinerator can’t destroy, such as old broken electrical appliances.

Although Tioman looks pretty on the outside, there’s a lot of fixing that needs to be done

Soooo, yeah, as ugaiz can see, Tioman is in a pretty bad place right now.

The main question here is, if the new airport is built (approval from gomen still pending as of press time), how is the island gonna tahan the influx of all the tourists with no proper public toilets, waste disposal, and water supply system in place? The future of Tioman’s beaches? Image from: As You Sow

It’s no wonder that Tioman’s residents, led by Haji Azman, are staging a protest against the new airport on the 21st of October. Soooo, if ugaiz happen to be on the island at that time and wanna check out what this is all about, head over to Kampung Genting‘s sepak takraw court  at 11 am on the 21st as that’s where it’ll be.