On Sept 19th, the Crown Prince of Johor Tunku Ismail Sultan Ibrahim had a meeting with Mr. Kim Yu Song, the Charge D’Affaires of Democratic People’s Republic of Korea, to discuss foreign affairs between Malaysia and North Korea, among other things while enjoying (we assume) a cup of teh-tarik at his palace.

A couple days later, an odd piece of news appeared on the homepage of international news agency Reuters:

OMG. TMJ gets access to North Korea’s airspace? Whaaat? Why so privileged? Is he the only one?

(other than Kim Jong Un duh)

A statement from the TMJ’s Facebook page said that after the successful meeting, “a speech from His Royal Highness was passed to North Korea’s top leader”. This was followed by a surprise announcement: “HRH Crown Prince of Johor was also given a special honour of being allowed full access to use their airspace to travel from Johor to Pyongyang anytime His Royal Highness wants to visit North Korea. It is the highest honour as any other world leader will need to stop by in Beijing before hand.” – Johor Southern Tigers FB

The only valid entry point from other countries to North Korea is Pyongyang International Airport, which only takes flights from three Chinese cities (Beijing, Shanghai, and Shenyang), and one Russian city (Vladivostok). Other ways to get into the DPRK is by ferry from Russia, or you can take a train from Beijing to Pyongyang.

TMJ’s special honor, as mentioned earlier, is that he is the only foreign official to be granted direct flight access into North Korea from foreign airspace. With the exception of Chinese officials in Beijing since direct air travel to Pyongyang is possible through there. Even world leaders like Trump and Vladimir Putin need to enter through the Beijing route.

So… how did this airspace access even come about?

The Malaysian team was supposed to play football with North Koreans, but it kept getting delayed…

Remember that talk between TMJ and the North Korean official? Turns out, Malaysia and North Korea were originally scheduled to play a match on March 28th to qualify for the AFC Asian Cup 2018. But due to the escalating tensions over the Kim Jong Nam incident, the match was postponed several times.

Malaysian football officials were in the process of negotiating a neutral venue for the match, as some were scared that our players may get poisoned or harmed if we sent them to North Korea. This means the match would be held in a different country, like Cambodia. A similar situation was arranged for a match between North Korea and Australia in 1966. 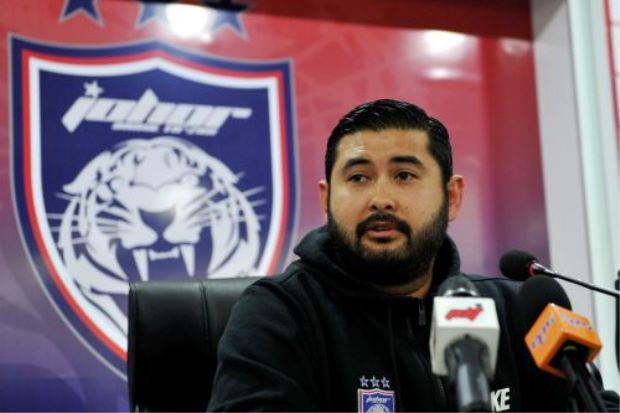 TMJ, president of the Football Association of Malaysia, was initially not in favor of going to Pyongyang. Image by The Star

“…as President of FAM, I am definitely not in favour of the team travelling to North Korea, but ultimately the final decision rests with our government and the Sports Ministry… We must always put the people’s safety first no matter the situation. This is what the Malaysian government and our football fans want above all else.” – TMJ, on Johor Southern Tigers website Stay at the Pyongyang Grand Hotel: Enjoy your Continental Lunch with a Continental Launch. Image edited from Booking.com

Imagine if North Korea launched a missile and started WW3 while they were sleeping… that would be disastrous! That’s exactly what happened to Indian soccer team Bengaluru FC when they were playing in Pyongyang just a couple days ago. As they hurried to check out, someone at the hotel told them that if they had been awake earlier at 6am, they’d have seen the missile go over the hotel.

Luckily, the team got home safely and the threat of nuclear war was averted. But their problems had begun on arrival at the airport, as their luggage had gone missing:

“We had no boots, training kits or balls for the first training session… The boots we bought were cheap quality, some were the wrong size. It was not what you expected from a professional environment.” – Erik Paartalu, player for Bengaluru FC in an interview with news.com.au

It is unclear whether this was an act of malice or sabotage, but TMJ definitely doesn’t want to take chances with our own players, going as far as to say we would bring our own food.

“According to the information I have received we need to bring our own food due to the possibility of sabotage.” – TMJ, on Johor Southern Tigers website

So it seems that this special honour may have been a gesture from the North Korean government to show goodwill and to give an assurance that our Malaysian team will be safe during their stay in Pyongyang. Because most of us, including TMJ, are still wondering whether we can take their word for it.

NAH, BACA:
Is Sarawak Report ACTUALLY even accurate? We check with DoJ report

We did an article previously about 5 surprising connections between Malaysia and North Korea, including the fact that many North Koreans are here legally for work and study. With that article, we concluded that although we benefited from some aspects of the relationship between our countries, there is such a thing as a bad friend.

Instagram post by @tomanrwx, believed to be one of the Malaysians trapped in DPRK during the crisis, safely returned on March 31st.

Remember back in February this year when Kim Jong Nam was assassinated in KLIA? There was a whole mess of political tension that escalated between Malaysia and North Korea. They trapped our citizens by barring them from leaving North Korea, effectively holding them hostage. This “hostage situation” resulted in nearly a month of uneasy speculation, though at last citizens of both nations were allowed to return home.

So where does this incident leave Malaysia-North Korean relations? Najib’s response is that he would not sever the ties between the two countries. We are currently one of the 24 countries that have embassies within North Korea, a relationship established since 2003. (We are also one of the 21 countries that enjoy the status of visa-free travel to North Korea.)

As far as we can verify, this happens to be the first-ever diplomatic crisis between our countries. There is an unconfirmed report about an episode in 1985 where the Malaysian government may or may not have warned the South Korean embassy of potential attacks by North Korean agents on South Korean construction projects. We were unable to find a second source to corroborate the story. There had been reports of North Korean intelligence running an illegal arms operation in KL as well as hiding a network of spies in Malaysia. In the past, we’ve sold them Proton cars, and even gave Kim Jong Un an honorary degree. There are even Malaysians that work and live there, but we can only say that North Korea’s penchant for trouble can only spell bad news for those that stray too close.

After negotiations, the final match date for M’sia vs NK has been set for 5th Oct—at Kim Il Sung Stadium, Pyongyang 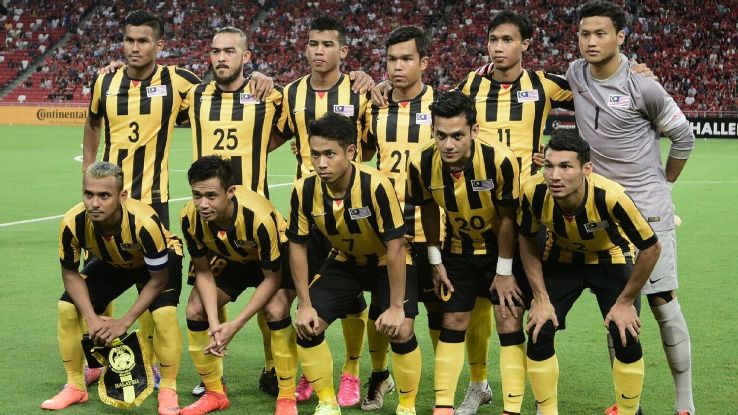 Malaysia’s AFF football team that was fielded in 2016. Image from ESPNFC

After the TMJ’s meeting with the North Korean official, the football match has now resumed and will continue according to schedule on October 5th in Kim Il Sung Stadium, in Pyongyang. So can Malaysians tag along with the his majesty the Johor Crown Prince to see the match?

As far as we know, only TMJ (and maybe his family and staff by extension) are allowed to take a direct flight from Johor into Pyongyang. But the rest of us Malaysians can still travel to NK, through a slightly longer route via Beijing.

As for choices of accommodations in Pyongyang, it’s limited but there are a few. We were surprised to find that some North Korean hotels had a large number of reviews on tripadvisor. The price range we saw being quoted was about about RM350-RM2110 (or US$84-US$502) for a night’s stay.

Contrary to what you may think, some of the reviews are actually quite positive: The hotel comes with various amenities, including a bowling alley, ping pong tables, shops for snacks and drinks, as well as a revolving restaurant. I personally love reading the reviews that mix praise with morbid reminders of the precarious international situation:

“The rooms are very comfortable and clean, with stunning view on Pyongyang. The rooms are equipped with a strange wooden alarm clock/radio bedside furnishings and have flat screen TVs, which surprisingly show Al-Jazeera, so you might be able to get some warning of any impending American bombing run.” – reviewer, Tripadvisor

If we win the upcoming match in October, we could stand a chance of proceeding to the AFC Cup that is going to be held in the UAE next January. Currently we are one point behind North Korea, and a win = 3 points, while a draw = 1, and loss = 0.

Hopefully everything will go well and we can tune in to the match on October 5th! Malaysia boleh! 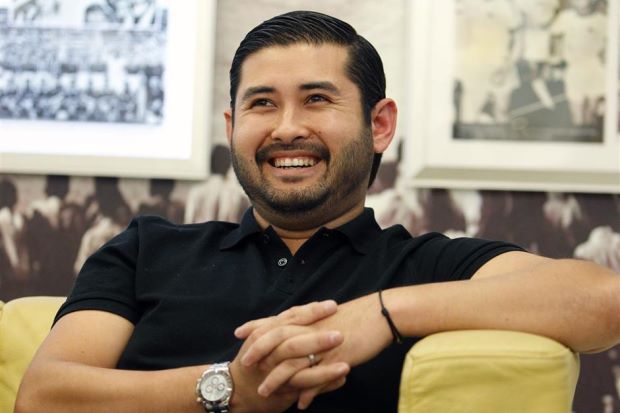 Thanks for looking out for our sportsmen, TMJ. Image from The Star Online