For many of us, the sight of a McDonald’s outlet is something that’s a given nowadays, with a nice warm value meal just a convenient drive or a few smartphone taps away. However, it’s also the source of many a fond childhood memory for many, especially for us 80’s adults, McDonald’s was our version of a fancy western restaurant, playground, and toy shop all bundled into one.

Remember this ad? Click here for a trip down McMemory lane.

So during one of our meetups with McDonalds to discuss sponsored campaigns, they mentioned they were having a farewell/appreciation party for the closing of their first (and oldest) outlet in Perak. Our coverage of the closing of a popular Penang outlet generated a lot of interest, so we thought this time we’d head down for realsies and interview some people! No shortage of people to interview. And thats just outside o.0″

And if you followed the Ipoh Snapchat journey (follow us @ cilisos) you’d know that even though we showed up an hour early, the place was already a McFlurry of activity, drawing in an almost non-stop crowd of Ipoh lang coming in for one last McValue meal at the iconic outlet located at the corner of Jalan Mustapha Albakri which first opened in 1989.

We got around to chatting with some of the staff and patrons about their fondest McMemories and experiences with the outlet (also called McDonald’s Ipoh City on Google Maps) and some of them were touching, while others were surprising, such as…

1. The family that drove 200km just to say goodbye Wahida and her family.

For Wahida, the Ipoh City McDonald’s outlet was literally the start of a weekend out on the town.

“I was in Bota [a town about an hour’s drive from Ipoh] from Form 1-5, and we would drive down to Ipoh for the weekend. This McDonald’s was our meeting point, where we would makan lunch before heading out to Ipoh Parade.”

Now married with kids, Wahida and her family are based in KL but when she heard about the closing of Mcdonald’s Ipoh City, she knew where they were going for the school holidays:

“I moved to KL after SPM, but when I heard they were closing I convinced him [points to her husband] to take a drive down to Ipoh. So that’s why I’m here – to say good bye.”

2. The employee who was given a future thanks to McDonald’s An employee at the outlet for 9 years, McDonald’s was Catherine Margaret Murray’s first job – which she also credits as bringing the biggest change to her life:

She also says that the learning experience has created a bond among many others who came from similar backgrounds:

“There are many people like me who have found a place in McDonald’s. We learn together… like a family. I’m quite sad that it will be closed, but I have many happy memories of the people here.”

While all employees at the outlet are given the option to move to different stores, Catherine will be moving on to a western restaurant somewhere in town “using the skills I learned from working here.”

3. The celeb employee who never stopped smiling for 20 years That’s Azhar in the red uniform.

With all the hustle and bustle of employees trying to juggle between working and socializing, Azhar quickly stood out thanks to the large, genuine smile on his face. He was so popular that we literally had to pull him away (okaylah, not literally literally) from the number of ex-and-current coworkers wanting to take pictures with him in order to ask him a few questions.

Azhar clearly remembers the day he started work at the outlet – more than 20 years ago:

Azhar tells us that his general experience working here has been a positive one, and he’s sad to leave after two decades of employment. He did however see a silver lining:

He also says that he will still be working at McDonalds, in the Jalan Kuala Kangsar outlet, before being called away for more photographs. #MrPopular

4. The guy who kena sound by his father for bad memory  😆 That’s Cheng in the front, partially blocked by my thumb. Sorry -.-

Cheng says that his first time coming to the outlet was in the 90’s, when he was about 14… something that his dad quickly corrected:

After this little reminder, Cheng mentioned that while the outlet was his favorite place as a kid because of the playground area, his fondest memories of the outlet were still from his secondary school days:

“We always came here to study after school, or to hang out after training at St. John club. It’s a bit sad now because there’s one place less for school kids to hang out.”

Cheng also tells us that news of the outlet’s closure has brought many friends together, all eager to relive their memories of the place:

“It’s been a hot topic on Facebook, with many pictures and discussions flying around. I even recently met up with my friends to refresh our old memories here. After all, this was the only McD’s in Ipoh for 16 years.”

On the bright side there are now 15 outlets in Perak, with more to come  🙂

NAH, BACA:
6 super unexpected things Msian insurance agents are TRAINED to do to get your sales

5. The lady who thought she’d never see a Mcdonald’s in Ipoh Raja Khalidatul and her daughter.

When we approached Raja Khalidatul for an interview, she explained that she was actually a writer covering the event as well. However, she said we could interview her anyway because she had some legit fond memories of the place; as well as being one of the first groups of people to head to the outlet when it first opened in 1989:

“I tasted McDonald’s for the first time when I was in the UK, so you can imagine how excited I was when I heard there was a McDonald’s opening right here in Ipoh. In a colonial building too!”

She also had some really good reasons to bring her daughters to McDonald’s, one of whom is also a reporter for an Ipoh-based newspaper and joined her mom for the picture above:

“My eldest daughter spent her 4th birthday here. She and her sister both love McD’s. You could hold birthday parties and there were those gifts and toys that were given to the kids… you couldn’t find this sort of thing anywhere else.”

We also spent some time discussing the originality and evolution of Happy Meal toys, but that’s a story for another day.

6. The guys who remembered being McMischevious On the way back to the car, we saw these three guys posing for pictures with the store as a background, so we decided to approach them too. Gary, Larva, and Ken are school buddies who, like many of the people we interviewed; remembered McDonald’s for the playground when they were kids, and as a hangout spot when they were not-so-kids. But aside from the studying, they also did some petty mischievous things

“Yeah, we used to hang out here after school for studying and lunch, but during football season we would come back again to change the channels on the TV upstairs to watch football matches.”

“You remember the Minions dolls right? We would ponteng school to come here to line up and buy them. We came here every Thursday every week. Hahah.”

However, it took someone who chimed in on our interview for them to also admit one other reason they would visit the outlet…

“Okayla, now that they’re closing, we lost one more hotspot to see girls”

This guy is Lu, who says that he first visited the outlet in 1990 or 1991, and in his teen years found that this was the place to check out girls since there were a few tuition centres and a major bus stop nearby so girls would stop by for desserts and ‘blow water,’ which he explains means chit-chat in Cantonese. “The younger kids came here for the parties in the play area, but the older guys would come and ask for phone numbers and A/S/L. You know la… IRC days mah.”

When we asked him what his favorite McMemory was, he said:

“The fries. I didn’t know how to appreciate burgers when I was younger but I always loved the fries.”

We’re not sure if his pose indicates his love of Mcdonald’s or for the teen romances that blossomed from the outlet though.

McDonald’s Ipoh City may no longer be around, but the memories remain forever One ex-employee meeting an old colleague. 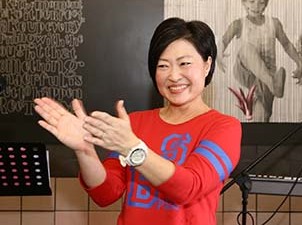 Just like the reaction to the news that the Sunrise McDonald’s in Penang’s Gurney Drive was closing; McDonald’s Ipoh City wasn’t just a typical fast food outlet, but a place of kinship and memories. Many of the tables had 3 generations of family dining there, and you could really feel the genuine relationships among the staff that were formed over the years, with hugs and handshakes taking place throughout the day – and some taking the opportunity to introduce their kids and grandkids to their former colleagues.

Many also moved on to other positions within the company such as Kelly Chan, who started as an assistant manager back when the outlet first opened in 1989 and is now senior marketing manager at McDonald’s Malaysia. She said something during her speech that we think sums up the general sentiment that day:

“Don’t think of [the outlet’s closure] as a sad event, because the friendships that developed from here are forever.”

While it may be sad to see things go, it’s also a good thing to see things grow; and perhaps one day the young ‘uns will develop memories of their own in the new generation of McDonald’s outlets. Until then, we’re gonna indulge in the 80’s a little more: