Oh hey, we’re back in the international spotlight again. And unfortunately, it’s not good news this time:

The girl, whose family works in a rubber estate in Kelantan, does not go to school and – oddly enough – is close friends with the children of her husband’s first wife. Anyway, their marriage is sparking huge controversy as lawyers, activists, NGOs and even the United Nations Children’s Fund (UNICEF) condemning the marriage.

“It is shocking and unacceptable. Unicef … calls on the government to make good its manifesto promise to ban child marriage,” – Marianne Clark-Hattingh, UNICEF, quoted by The Guardian

The question remains though: how lax are the laws that a 41-year-old man from Kelantan managed to get into Thailand and marry a child who should still be in primary school?

Well, he didn’t technically… marry her!

See here’s the thing. Despite all the laws and protection that have been set in place by both Thailand and Malaysia, they don’t technically apply to her and her supposed 41-year old husband. According to a report by Bernama as well as CNN, they… aren’t even married by law.

Yeah, so apparently despite there being a whole solemnisation ceremony and what not, the two are not actually married by law in neither Thailand nor Malaysia. Deputy Prime Minister Dato’ Seri Wan Azizah also said that since there’s no formal records of a marriage between the man and child in Kelantan or Thailand, the authorities have to continue treating the two of them as unmarried.

Instead, it seems as though what happened is that the ‘marriage ceremony’ that happened in southern Thailand was just him getting the blessing of the girl’s parents. The marriage is apparently just a ‘nikah gantung‘ where the marriage is suspended and will only be consummated after a given amount of time.

Despite the backlash, it seems as though both the man and the 11-year old aren’t giving up each other just yet. Activist Syed Azmi recently uploaded the following image showing what is supposedly the ‘marriage ceremony’ and a message from the girl to the man’s other two wives:

Che Abdul Karim meanwhile has so far continued to insist that he won’t give up on the 11-year old becoming his third wife. He says that once the girl turns 16, he’ll bring her home to make the marriage official with all the necessary legal certificates.

As of the time of writing however, the girl has been taken back to Thailand by her family. Their house in Kelantan still has their clothes and all, making it seem as tho they probably rushed back across the border. Neighbours meanwhile say that her parents brought her back to Thailand to renew her passport.

This still begs the question tho: what if he actually did try to marry the 11-year old? What laws and preventive measures are currently in place to prevent child marriages in both Malaysia and Thailand?

Yep, you read that right. Despite the supposed marriage of the child happening in Thailand and that the kid is a Thai citizen, they technically have better laws than us in terms of protecting children from being forced into marriage. 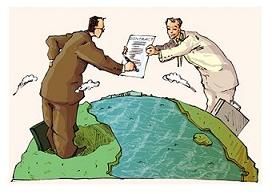 *not actual representation of the international treaties being signed. Image from Best Delegate

However, the Thais have also done the same, and one upping us by also having ratified the International Covenant on Economic, Social and Cultural Rights. Furthermore, they’ve signed and recognised these international treaties earlier than Malaysia for all of them. But what about the domestic law in both countries tho?

But sadly as usual, no action. Talk only laa The stats, they say, don’t lie. And the stats don’t make a pretty picture at all.

A United Nations report back in 2010 showed that there were over 82,000 Malaysian women between 15 and 19 who were already married. On top of that, in 2010 alone, almost 16,000 girls under the age of 15 were married. One notable case from  2016 involved a 14-year old girl who was raped by a man and then made to marry her rapist. This is because marital rape is not illegal here in Malaysia, which means that the rapist had attempted to marry his 14-year old victim to avoid charges. Thailand meanwhile can’t be that proud of themselves either. A report by the World Health Organisation shows that in 2017, 4% of Thai women aged 20-24 were already married even before they turned 15, and 23% of them were married before they turned 18. The laws are in place, yet the crime still happens. What else can we do?

Remember the Predator in my Phone campaign by the R.AGE team of journalists? They managed to spark a conversation about child sexual predators in Malaysia and carried on with it, to the point where actual change was made! In April of 2017, the Sexual Offences Against Children Bill was passed thanks to the work carried out by R.AGE. Perhaps this scandal caused by Che Abdul Karim and his desire for a third wife can end on a positive note, with some change in our laws to remedy the issue of child marriages in our country. The people behind the Predator in my Phone campaign.

Indeed, the initial steps are already being taken. Deputy Prime Minister Dato’ Seri Wan Azizah has already come out and state that the 41-year old is being investigated for the possibility of sexual grooming. Rodziah Ismail, the political secretary to the Women, Family and Community Development Minister has also added that they will be introducing strict guidelines for Syariah Courts when it comes to marriages that involve someone under 18-years old.

Let’s hope that this is the start of maybe even stricter regulations and better protection and enforcement when it comes to the safety for our children. They are girls, not brides.

Share this article:
NAH, BACA:
The OTHER racial riot before May 13 (which we didn't know about)