While researching for an article on Malaysia’s former Lord President of the Federal Court of Malaysia, Tun Salleh Abas’ dismissal in 1988, our friends at SOSCILI found out yet another interesting story involving one of the five Supreme Court judges who were suspended at that time. The judge’s name is Tan Sri Eusoffe Abdoolcader. The late Tan Sri Eusoffe Abdoolcader. Image from Akasaa, who spent 13 years researching and obtaining these photos from the Abdoolcader family (click image for link)

Eusoffe was once bullied by seniors in his college and one of them was… Lee Kuan Yew!?

Eusoffe was born into the Abdoolcader family and, according to historian Khoo Kay Kim, the family was one of Malaysia’s well-known families back then. So famous that a street in Penang was apparently named after his father, Hussein Hasanally Abdoolcader, who was born in Surat, Bombay Presidency, British India.

Well, the street might be named after Hussein because of his contributions la. He was apparently a famous lawyer, politician, the Legislative Session of the Straits Settlement and the advisory council member to the Malayan Union Governor. In fact, he was also the guy who had gotten us the Awal Muharram and Deepavali public holiday! 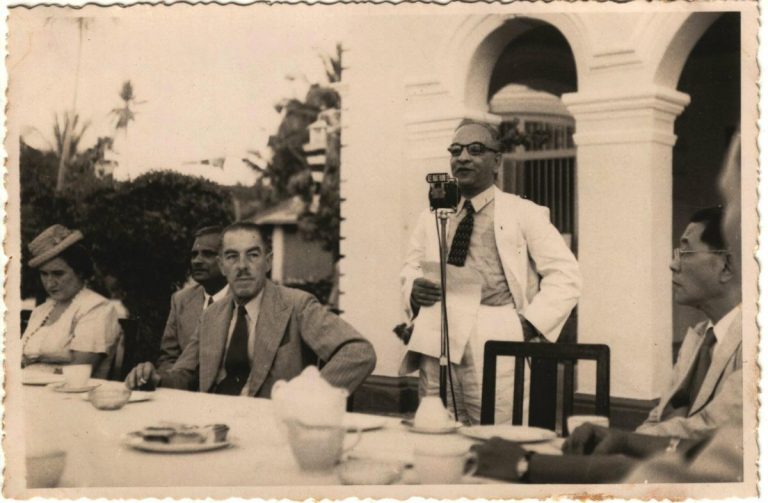 And Hussein’s greatness was somewhat inherited by his son, Eusoffe. Eusoffe graduated from the Senior Cambridge at the age of 15 with a lot of distinctions (imagine how smart you have to be to graduate secondary school when you’re supposed to be sitting for like… PT3!). But he couldn’t further his studies just yet as the minimum age requirement to enter college was 17.

So Eusoffe opted to resit his examination for another year before getting his father’s help to enroll him in the Raffles College. As it turns out, he was the youngest student there. And when the seniors found that out, he got bullied. One of the seniors who allegedly ragged him was Lee Kuan Yew, Singapore’s first Prime Minister.  😮 Lee Kuan Yew (on the stage) at Raffles Institution. Img from Asia One

Not long after he was enrolled in the institution, the World War II began and Eusoffe had to be sent back to Penang. But since he was able to speak Japanese, he eventually became an interpreter for the Japanese govt during the Japanese occupation.

Actually, his family was secretly resisting the Japanese govt by giving refuge to rebels of the Malayan Peoples’ Anti-Japanese Army. But because the Japanese govt was really impressed with Eusoffe’s ability, he was eventually offered a Monbusho scholarship to further his studies in Japan. This is pretty rare considering how this happened during the Japanese occupation itself!

He was then enrolled in Kyoto’s Imperial University where he read law. It is believed that Eusoffe gained his firmness from the code of ethics that is used to shape samurais in Japan called the Bushido code.

You’re probably too young if you don’t know this show. Img from superfun.blog.palmbeachpost.com

However, when the war ended, Eusoffe was sent back to Malaya by the British. Despite that, he left Malaya to continue his studies in the same field and graduated with first class honours from the London University. Not only did he graduate with a first class honours, he also won £250 fellowship at the same time.

NAH, BACA:
Guess how many cheated on their bill? 8 interesting things about Msians' dining habit

Looking at how he was really good at what he was doing, it was not really surprising that he was called the ‘Legal Lion of the Commonwealth‘ for his passion in law and justice. Heck, he was even likened to Lord Denning of England who was a justice figure back in the 20th century!

But his fierceness in judgment somewhat backfired when…

Just in case you’ve forgotten what happened, in 1988, the former Lord President of the Federal Court of Malaysia, Tun Salleh Abas was sacked by our Prime Minister, Tun Mahathir during a judicial crisis. When this happened, a tribunal was established to investigate the alleged wrongdoing of Tun Salleh Abas.

Eusoffe was among the five judges who opposed the establishment of the tribunal. They then held an unexpected supreme court hearing to prevent the result of the investigation to be handed over to the Yang di-Pertuan Agong.

Consequently, Eusoffe along with the other four judges were suspended for standing up for Tun Salleh Abas, whom they felt was innocent, and wanted to uphold the truth.

“If he felt the government had strayed beyond their constitutional place, he was not afraid of doing so and pointing out that actually, they were breaching the constitution and the law.” – Vicki Treadell, British High Commissioner, told FMT.

Anyhow, Eusoffe was among the three judges who were eventually called back to work while the other two were dismissed off their positions.

And when Abdullah Ahmad Badawi governed the country in 2008, the then govt has announced to pay ex-gratia to the former judges who were dismissed off their positions during the 1988 judicial crisis. Abdullah also gave a short of an apology to Salleh and the five judges who were suspended or sacked in 1988.

At the time of writing, two of the five judges have passed away. This includes Eusoffe.

He was remembered as the fearless judge and a loving husband

Besides the story of his firmness in court, Eusoffe was also known as a loving husband to his wife, Haseenah Abdullah, who was 10 years older than him. And, according to a family friend, T.D. Ampikaipakan, the couple would communicate in broken Malay because Eusoffe couldn’t speak in Chinese while Haseenah couldn’t speak in English. 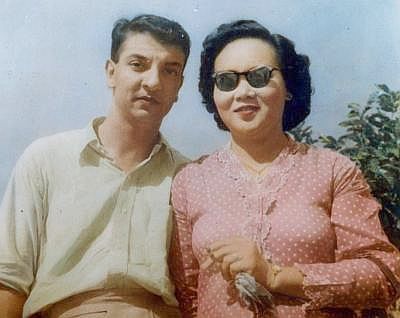 And Eusoffe loved his wife so much that he was willing to die before her. When it was revealed that he needed a heart bypass, Eusoffe initially refused to do it. But after being convinced by the doctor, who was also his friend, he decided to proceed with the surgery.

But that’s not all. He even sacrificed his own kidney to Haseenah when she had kidney failure before she died in 1993 in Penang.

“Haseenah was dying and doctors were all terrified of having to tell Eusoffe. I came to Penang and told him to let her go if he loved her. The man cried so loudly. He was losing his soul. It was so sad watching him. She died two days later.” – Ampikaipakan told The Malaysian Insight.

Despite that, Eusoffe’s love for Haseenah didn’t die then. Every single year, Eusoffe would rent out an advertising space on newspapers to print his love poems he wrote for Haseenah in Latin that was translated to English.

However in 1996, three years after Haseenah’s death, Eusoffe decided to take his own life. The tragedy shocked the whole nation especially the Malaysia’s legal industry. It is said that his death comes at a time when the integrity of judges was being questioned by the business community, lawyers, politicians and the public.

Ampikaipakan told The Malaysian Insight that she read Eusoffe’s final poem, which was written in Latin, for Haseenah. But Ampikaipakan didn’t expect that the poem would be the last from Eusoffe.

“Of all the queens that ever lived, I chose thee to rule me, mine very own Haseena, my one and only, to the very marrow thou will see I love ye

O’ how in the world am I to live without thee?” – Eusoffe Abdoolcader, an excerpt from his last poem.

And although he may be gone, Tan Sri Eusoffe Abdoolcader remains one of the most important names in Malaysia judicial history.