We live in a strange world where there are all kinds of weird sea creatures. Most of them go unheard or unseen because they aren’t particularly common. But it doesn’t mean they’re NOT out there lurking under the rocks on the seabed… But what if we told you that there could be transgender fishes swimming in our Malaysian rivers? Just recently, a Professor from UPM was quoted in Malay Mail Online saying that it can harm our bodies if we eat them.

“The same effects of hormonal change can occur to people who consume the contaminated fish for over a long term.” –  said Professor Madya Dr.Yuzine Esa, translated from malaymailonline.com

Now you might think that this is a rare mutation… but it’s not. In fact, transgender fishes have existed in Western countries since years ago. One of the reasons why is because humans have been throwing waste products containing chemicals into the rivers. And the fears of eating them are probably justified because it can happen to humans too…

Wait. How can fish become transgender just like that?

Actually, only male fish are becoming transgender. Before you correct us, we did find out that gender change can happen naturally to fish species like clown fish (or known as Nemo). It happens in a way where if the female dies, the male fish gains weight and becomes the female for the group.

According to a study by Professor Charles Tyler, fishes become transgender because they swim in the river and consume contaminated water containing chemicals from contraceptive pills. He explains:

“Using specially created transgenic fish that allow us to see responses to these chemicals in the bodies of fish in real time, for example, we have shown that estrogens found in some plastics affect the valves in the heart.” – Professor Charles Tyler on blaze.com

EE2 is a synthetic hormone found in birth-control pills. It is an endocrine disruptor that interferes with hormones and causes developmental hormones. And because this hormonal waste can’t be treated in wastewater treatment plants, fishes soak up the contaminated water which contains EE2. <—- this point will be important later

He then revealed that the male fish, after being exposed to contraceptive pills, took on more “feminizing traits”, which included a reduced sperm count and had “less aggressive and competitive behavior”. Some male fish had even begun producing eggs… A recent survey done by U.S. officials found that fishes that were exposed to the hormone produced offsprings that struggled to fertilize eggs. So, what happens next? The grandchildren of the originally exposed fish would suffer 30% decrease in their fertilization rate. You see, birth control pills are so effective – albeit in diluted form – that even after you pee them out and flush them down the toilet, fishes can still be affected by it.

Because the symptoms of transgender fishes can’t be seen from the naked eye, people who eat them for a long term may start developing a hormonal disorder. According to the Professor from UPM, he mentioned that it could affect the overall biological system of a human body if the person’s hormone is interrupted. Eggs found in the testes of a male fish. Image source from malaymailonline.com

Well… who knew that birth control pills could induce pregnancy in male fishes? So, where do the pills come from?

…because it involves your toilet at home and other places too.

Apart from contraceptive pill users, this whole situation revolves around hospitals and farms too. Turns out, hospital wastewater contains a lethal mix of everything from medicines to pathogens – stuff which cannot be removed in conventional treatment plants.

When we consume pharmaceuticals (e.g. medicine, drugs, all that la), many of the elements are excreted through P&P (poop and pee) via sewage system. But most of the current sewage plants are not designed to treat these substances from medicines. They can escape degradation in waste treatment plants and remain in the wastewater that can get into the river. [report, page 2] Transport of pharmaceuticals in the environment. Image source from a different report.

Remember the EE2 hormone that we talked about just now? Well, below is the table of detected pharmaceuticals tested in Sungai Langat at 2011. Highlighted one is EE2, but it’s not detected in the river… Image from report, pg 6

But that’s like 6 years ago la… In the diagram, it is stated that EE2 is not detected in the river but is found in our TAP WATER?? So weird one. Even so, the concentration level of EE2 is quite low in sewage treatment plant. Unfortunately, we can’t find any recent reports that suggest EE2 is the real culprit behind the recent fish mutation.

So does it mean that the sewage treatment can’t clean everything?

We all know that our water source is not always clean one. Sometimes, we see brownish water in our tap water. This is why wastewater treatment is important to clean all the unwanted chemicals that can harm fishes.

According to a pharmacy lecturer from Taylor’s University, our sewage system cannot decompose chemicals from medicines that are flushed from the toilet and sink. After being treated at treatment plants, the water from our sewage system goes back into our rivers.

Even throwing them into the bin can have the same effect too. Over half our lap-sap goes into landfills. This means that loose pills or tablets can eventually dissolve into our groundwater, which might end up back in our drinking water, or animals or birds might consume them, affecting the food chain. 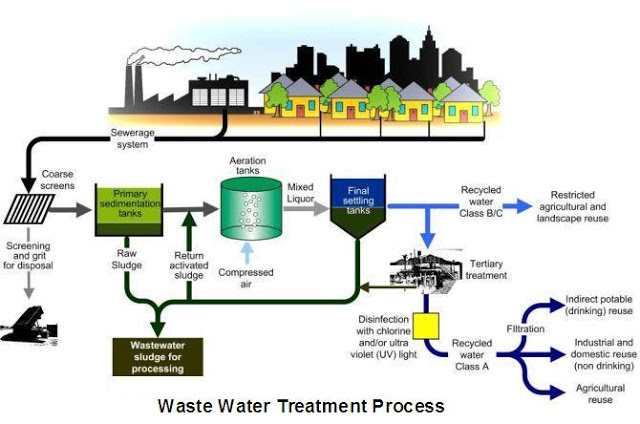 Remember when we learn this diagram in high school? Image source

A large number of chemicals containing hormones are highly water-soluble and they can escape sedimentation and biological treatment in treatment plants. These untreated compounds remain in the waste water and represent the bulk of the load into aquatic environments. [from report, page 2]

There’s a NEW wastewater treatment to clear off medicinal residues

In Copenhagen, a new treatment plan has been built to handle this type of waste. This expensive and super high technology is designed by the Grundfos Biobooster that filters particles and bacteria from hospital waste water. They kinda look like nukes tho… Original image from The Star

So far, this super cool technology shows very high pharmaceutical removal rates, with 90% of residues being reduced to below detection levels. BUT, not all pharmaceuticals are removed from the treatment plant. The engineer of the project said it’s TOO EXPENSIVE to get rid of ALL pharmaceuticals waste and it is used to treat hospitals ONLY. How about the farming industry? Household waste?

Are Malaysians aware of the risk of disposing of pharmaceutical waste?

So, we’ve talked about how our medicines can’t be cleared off from sewage treatment… But do you know that there is a safe way to dispose of your medicines? Just last year, the Health Ministry issued a public statement to remind Malaysians to not throw medicines into drains. Here’s the solution they came up with:

“As such, patients should never dispose of medicines, whether unused or expired, down the sink or toilet, but return it to the government hospitals under the ministry’s Return Your Medicine Programme,” said the Health Ministry on The Star

It’s a good initiative by the ministry to have a safe disposal of medicines by safely destroying them. Even so, this does NOT apply to the private sectors. New research on pharmaceutical pollution has yet to be conducted in Malaysia. Besides, with the increasing use of pharmaceuticals worldwide, there is no doubt that the concentration of medicines in water will increase if it is not controlled immediately. At the end of the day, let’s be responsible with our unused or expired medicines. After all, the things that we throw in the water can come back to us because we might consume the contaminated fish.

Share this article:
NAH, BACA:
How da heck did a whale shark end up on the shores of Melaka?