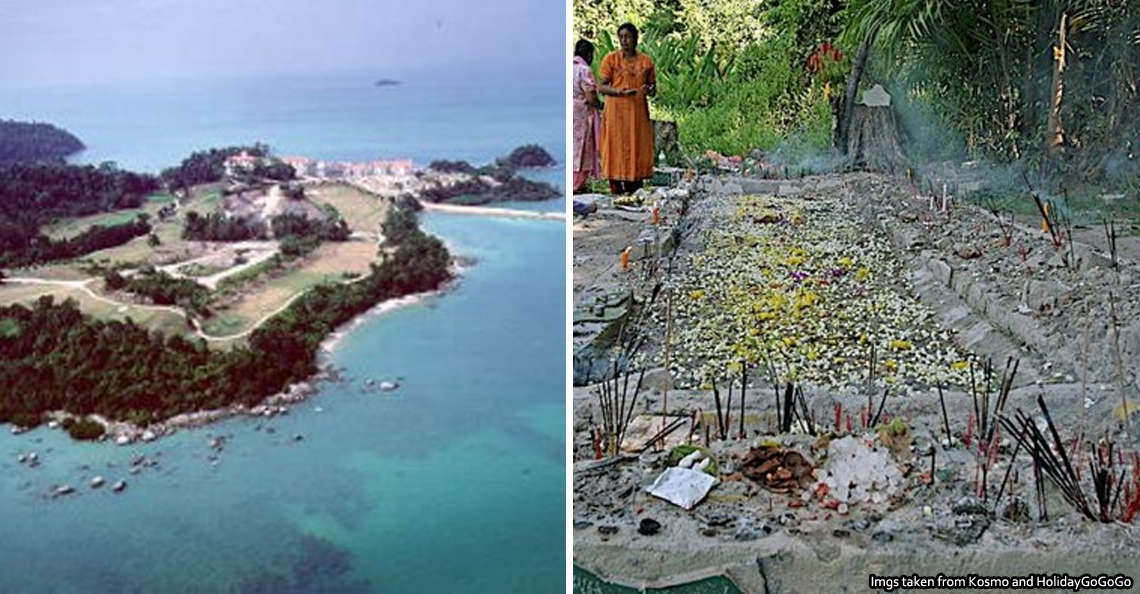 If you ask a random Malaysian to name a local island that a lot of people go to, chances are you’d get either Penang, Langkawi, Tioman, Sipadan, or even Redang and Pangkor. But there’s another one that’s often visited by people from both inside and outside the country, but perhaps for a different reason than these other more popular islands.

We’ve recently covered the lesser-known Pulau Jerejak in Penang that once was a place to separate the undesirables from society, and Pulau Bidong, which used to house a huge number of Vietnamese refugees in the 1970s. We’ve also written about Pulau Sembilan in Perak, which got closed off to the public after it went popular. So in the spirit of highlighting these lesser known islands and their issues, this time, we’re featuring an island that’s famous for these: In case you’re not quite sure what you’re looking at, those are some super decorated graves. The island we’ll be talking about has plenty of them, and being the largest island you can find in Malacca, it’s creatively named Pulau Besar.

And the first thing you should know is that…

Pulau Besar is considered holy to some people An aerial view of Pulau Besar, with (reportedly) abandoned resort buildings. Img from The Star.

Pulau Besar is a large-ish island surrounded by smaller islands some 15kms from the coast of Malacca, and to give you a general idea of what the island is like, here’s how the Malacca’s City Council official portal described it:

“On the highest peak of the island there is a huge boulder split down the middle. It is called ‘Batu Belah’ (split stone) and is a favorite destination for local visitors. The locals see the island as holy. Visitors are advised to refrain from eating pork the night before their visit as well as for the duration of their stay. They must also be on their best behavior on the island.” – Malacca Historic City Council.

Historically, if you are to sail down the Strait of Malacca towards Singapore, Pulau Besar and its buddies are the last islands bearing fresh water, so before the 15th century ships would often stop there to stock up on their water supplies. There are several ancient wells on the island to support this, although some had been renovated. But how did it get the reputation of being holy? Well, it had something to do with the people who spread Islam to Malaya back then. The Sultan’s tomb, believed to be elongated due to his holy-ness. Img from BeritaDaily.

Among the many ancient tombs, shrines and mausoleums found on the island, one of them is believed to hold the remains of a holy person called Sultan Arrifin Syeikh Ismail, a descendant of the Prophet Muhammad. According to legend, the Sultan heard a voice telling him to spread Islam to the Malayan archipelago while visiting the Prophet’s tomb in Medina, so along with several of his followers, they set up shop on Pulau Besar and spent their lives teaching the locals about the religion.

He and his followers later passed away and was buried on the island, and their tombs became a sort of attraction that draws all sorts of people, both local and foreign, to visit. But there are other mystical attractions on the island, too, like other mysterious tombs, the wells we mentioned earlier, mystical caves, and strangely-shaped rock formations. The most famous of these is probably the Batu Belah on the highest point on the island. The split stone. You can see warnings against idolatry, 4D numbers and joss stick offerings. Img from 7708.

Said to be split open by the powerful tongue of a historical figure called Panglima Lidah Hitam during a martial arts showdown, the 3 meter-high stone had a gap of about 30 centimeters down the middle, and it is said that whoever walks into the gap sideways with their left shoulder first and manages to touch the other end with their right hand will have their wish granted. And that wish most often involves lottery numbers.

If you’re claustrophobic or just don’t feel like climbing up a hill for winning numbers, not to worry, as people wish on the graves as well. Which brings us to the next point…

While the island is visited by people on the spiritual path to pay respects to the graves of holy men, or just to find a quiet place of worship away from the city (the island houses mosques and a tahfiz), others come to seek favors from the spiritual world. And it’s not just Malaysians doing it, either. Here’s an Indonesian ad which offers a ‘praying package’ to invite wealth into one’s life, as well as some shady ‘white energy’ treatment, held at the tomb of Sultan Ariffin: Tbh looks like a 4D prediction ad with Muslim buzzwords thrown in for good measure. Img from EddyRoshadi.

As you can probably guess by now, this practice of worshiping tombs is done by both Muslims and non-Muslims, and it’s a huge problem to the state’s religious authorities. If you were to visit the island for real, you would notice signboards from the state’s religious authorities advising visitors not to do ‘khurafat‘ things (basically practices that go against the teachings of Islam) like worshiping tombs and other similar practices, but it would seem that the signboards do little to stem such activities.

As if the existing places are not enough, new sites for worship was said to have sprung up in the past few decades, and even the locals are getting in on the action, with some making money from selling ritualistic wares like flower garlands, incense, rose water and coconuts. Others took advantage of the mystical air by selling supposedly mysterious artefacts, like jewels, old rings, ancient kerises and special stones at jacked up prices. Interestingly, there were also reports of fake ustazs who pray for both Muslim and non-Muslim visitors and give out prayer-infused water, for a fee of between RM30-50. Signages on the island warning people against grave worship and other associated acts. Img from Cinta Menora.

The problem got so bad that the authorities moved a tomb said to belong to seven siblings elsewhere, but visitors still perform ritualistic worship at the site. The authorities planned a lot of things to combat the problem, like setting up an authoritative body on the island to curb deviant practices, demolishing illegal structures dedicated to worship, or building a bigger mosque with surveillance systems to supervise visitors. But perhaps the most interesting idea they have would be developing the island as a whole.

Developing the island may solve the state government’s woes Water bottles placed near the Sultan’s tomb, to infuse them with the Sultan’s blessings. Img from Berita Harian.

Pulau Besar is so famous for deviant practices that it earned the nickname of ‘Pulau Syirik’ (Shirk island, shirk being the Islamic term for idolatry and polytheism), so understandably it would not look good for the state government to have it stay that way. In recent times, the Chief Minister of Malacca, Adly Zahari had theorized that the reason why previous efforts had failed was because the island stayed undeveloped.

“Efforts to curb superstitious and sacred activities on Pulau Besar previously had failed because the island was not developed, neglected and isolated. No new product was produced there resulting in the area being abused by some groups. With the implementation of planned and comprehensive development, some superstitious activities on the island can be eliminated, thus cleaning up the area,” – Adly Zahari, to the Star in August.

To that end, he revealed plans to develop the island. One of them is by making it fully duty-free, as it is not only duty-free to tobacco and alcohol. As soon as that can be achieved, the state government further plans to develop cocoa-based industries on Pulau Besar, collaborating with Sabah, the biggest Malaysian cocoa-planting state, through the Tanjung Bruas port. This eliminates the need to import cocoa, which usually comes from South Africa. 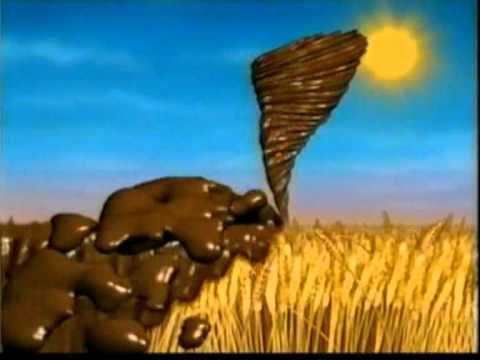 As for the old graves on the island, Adly had said that the government would retain them as historical sites. With all these, he believes the island’s deviant activities can be eradicated. But will it really be that easy? According to history, not really.

According to reports, the government had tried to develop the island since the 1980s, with plans to turn the island into a dairy farm with 40 Fresian cows. The cows went missing one by one, and locals believe it had something to do with the supernatural (and definitely not a wedding kenduri on the mainland). Some resorts were later built on the island in the 1990s, complete with a golf course, but most of them are now abandoned, although maintained to some degree. One of the resorts’ swimming pools. Img from Crazzzy Travel.

Locals attribute the failure of the projects to their location, which is said to be on a fairy village… which can be hard to avoid, as some believe there are like 146 on the island. Fast forward to 2009, the island was planned to be turned into an oil storage port, but judging by the recent, similar project being started in Kuala Linggi instead, we’d guess it didn’t happen.

In 2015, Pulau Besar was connected to the electricity grid through monopole towers across the strait, and with it the state government saw another project, this time in the form of a one-of-a-kind Islamic Civilization Theme Park, targeted to attract 1.8 Muslim tourists from all across the world, but we probably don’t need to tell you how that went. Whether or not this new cocoa thing will be any different will remain to be seen, but some had questioned whether developing the island is really the solution, or the start of another problem. Kamaruddin Sidek, Malacca’s PAS commissioner, had cautioned the state government against giving up Pulau Besar in the name of development, and hoped that the long term implications of development projects on the island be considered.

He further commented that if the goal is to ward off deviant behavior, tightening enforcement should be enough.

“I support the state government’s efforts to restrain superstition on Pulau Besar, but if the development mirrors that of Pulau Langkawi, caution is needed. Development can erode the uniqueness of Pulau Besar. For me, Pulau Langkawi had been sold out to foreign conglomerates… although it is more developed now, the reality is the legendary island’s uniqueness had been eroded,” – Kamaruddin Sidek, translated from Sinar Harian.

Well, they say if it ain’t broke, don’t fix it. So should the government do something about the happenings on the island?

Share this article:
NAH, BACA:
5 kinda creepy techniques M'sians use to kena lottery... and the beliefs behind them.