Covid-19’s brought to the surface a lot of conversations that we hadn’t really thought about before, such as actively using the national library, the consequences of an unprecedented oil price crash, and whether using disinfectants to spray roads is really that effective. Another topic that may pop up in your minds is perhaps the importance of ventilators for Covid-19 patients. 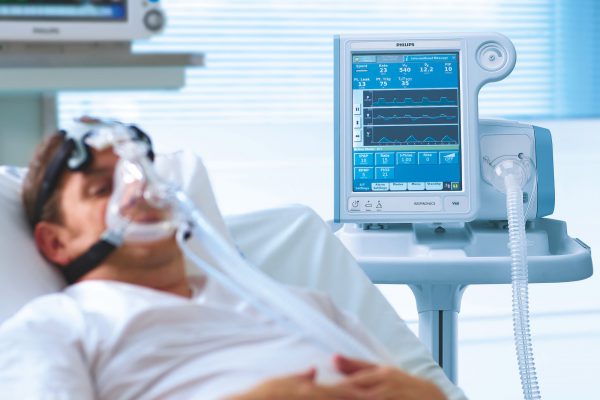 In case you don’t know what a ventilator is. Image from Digital Trends

As we know, one of the symptoms for Covid-19 is shortness of breath, and a lot of patients would often need ventilators to help them keep breathing. So now, there are actually a lot of people trying to invent or make ventilators of their own to either donate or sell to healthcare facilities, such as the National Aeronautics and Space Administration (NASA) in the US, a group of scientists in Australia, or some students in Israel.

Before you ask what any of these have to do with us, well… 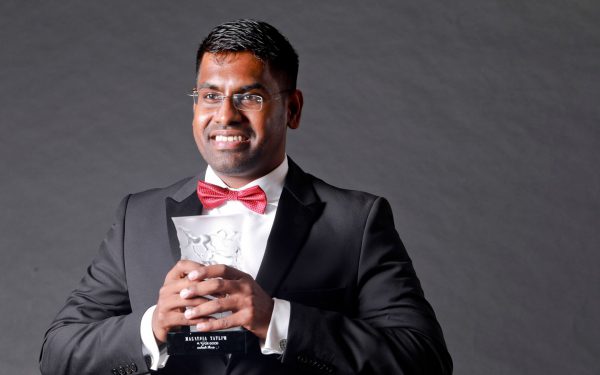 This guy is Ganesh Muren, the founder of a social enterprise that looks into improving and uplifting lives through green technology Saora Industries.

If you think Ganesh or the company sounds familiar, that’s probably because we’ve written about him way back when he made it possible to turn poop water into clean drinking water. Okay, so in short, Ganesh came up with water filtration systems that’s capable of turning wastewater into drinking water, and he started on that venture mainly to help the rural areas and Orang Asli, who didn’t really have access to such conveniences. But if you really want the full story, you can click here to read our previous article about it.

After years of focusing on bringing clean water and solar energy to rural areas and the like, he’s now looking into expanding his ventures into inventing affordable ventilator as well – and it’s called Ethovent. We managed to get in touch with the founder himself, Ganesh, to learn more about his new pet project.

“What we want to achieve is an assurance that all Malaysians get the best medical treatment, regardless of status.” – Ganesh, in an interview with Cilisos 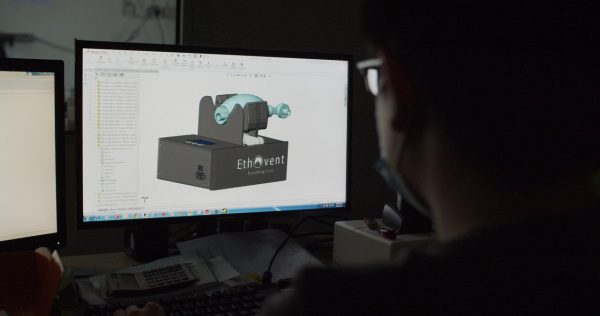 According to Ganesh, Ethovent’s a project that Saora Industries has only recently started after the Covid-19 virus broke out. Even though they’ve only just started, the company’s apparently already working with our Health Ministry, the National Institute of Health (NIH), and the Medical Devices Authority (MDA) to begin the first phase of clinical trials and getting certified.

To build the device, they don’t actually come up with parts themselves, but instead rely on readily available components to achieve a a straightforward device that’s supposed to do its job, which is to help people breathe. The Ethovent’s supposed to be easily assembled and operational straight away, and it’s apparently suitable for big or small healthcare facilities, like hospitals, clinics, and emergency transport. Ganesh told us that they can produce 30 units a day easily due to the ease of assembling it.

The Ethovent works just like any other ventilator, consisting of a breathing circuit, control system, monitor, and alarm. It’s modeled around a traditional breathing bag, in which the device mimics hand movement to automate the pumping of a breathing bag to pump air for the patient. There’s also a computerized mechanism that allows the customization of a patient’s age, lung capacity, and other variables. 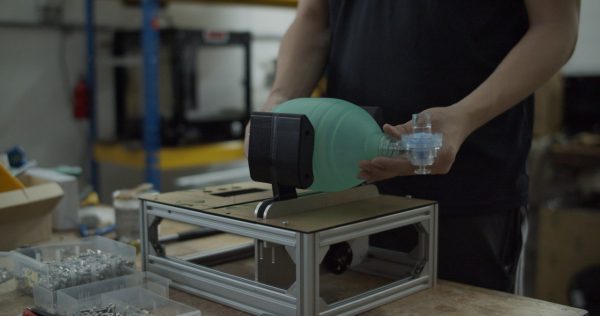 Wait, how did they even begin to build a machine that seems so complex in real life? Well, with a mechanical engineering background himself, Ganesh told us that the company’s working with health experts from University Malaya (UM), Malaysian programmers, engineers from the Massachusetts Institute of Technology (MIT), and Cambodian and Filipino social enterprises.

“We ourselves are not experts, but we do believe that pooling and pulling sources from the best around the world would benefit us more, rather than working in silos. And true enough, everyone has been really helpful and generous in sharing their strengths and expertise.” – Ganesh

So how did Ganesh get the idea to move from generating clean water to…building ventilators?

The world is facing a ventilator shortage, including Malaysia

In case you didn’t know, apart from stuff like face masks, hand sanitizers, and personal protective equipment (PPE), the world’s also experiencing a ventilator shortage, and that’s including Malaysia. There’s a broad range of that’s estimated for the number of ventilators needed around the world, spanning from several hundred thousands to a million.

Recently, we’ve seen a number of private companies and foreign countries donating ventilators to us. For example, organizations like Petronas, Red Crescent, and JCorp have donated funds to allow the country to purchase more medical equipment, such as the ventilator shortage. In addition, China itself donated 200 ventilators in March.

However, despite all the donations, they don’t seem to be enough. And not just that, while the cities are already suffering, it seems that the Orang Asli community’s having it worse, where they’re reportedly lacking in food and proper healthcare to combat the virus, driving them to flee into forests.

And these problems were what inspired Ganesh and his team to develop the Ethovent. What an Ethovent looks like. Image provided from Ganesh

While it works much like an ordinary ventilator, the main difference between the Ethovent and a typical ventilator is that one unit of Ethovent only costs around RM3,000 to RM5,000, which is considerably cheaper than a regular ventilator, which can cost anywhere between USD$25,000 and USD$50,000 each. The main goal’s not just to curb the ventilator shortage we’re currently facing, but also to provide healthcare access to those in rural areas.

“There is a lack of low-cost safe automated ventilators made available to the masses –  a solution that would save more lives and reduce the burden of health workers.” – Ganesh

While Ganesh has reassured us that patient safety’s always the priority in developing the Ethovent, there surely has to be some form of compromise to make a cheaper ventilator. Ganesh told us that they had to decide on which life-saving features are necessary in the device, and exclude those that are not vital for emergency ventilation – all done based on the advice of experts recruited.

According to Ganesh, an Ethovent is portable and user-friendly, which makes it easier for anyone with basic medical training to use. Furthermore, the portable design of the device allows for easier placement in rural hospitals or clinics.

“Our ventilator is able to monitor and control the breathing volume and pressure, making it very usable to anyone with basic medical training.” – Ganesh

It’s almost the same thing as that time when he was striving to bring clean water to the rural areas, except this time, it’s with low-cost ventilators.

In a recent study comprising of 2,600 Covid-19 patients, it was found that 90% of the patients who were put on ventilators ended up dying. And the results brought forth a polarizing discussion that, until today, hasn’t seen a conclusion.

Sometimes a patient does get so sick that health workers have to put them on ventilators to help them breathe, especially since shortness of breath’s a symptom of Covid-19. It also doesn’t help that there’s no vaccine or cure yet for virus, so ventilators are often seen as one of the only go-to options to treat Covid-19 patients in the meantime.

However, some health experts have argued that ventilators do more harm than good to the patient, because while it helps in the meantime, the side effects on the patients might not look pretty in the long run. This is because using a ventilator means having to sedate the patient and push a tube down their throat, forcefully pushing oxygen into their failing lungs.

“Mechanical ventilation is a life-saving intervention. Some of them will continue to be profoundly weak. It can get to the point where they can’t perform daily activities – shaving, taking a bath, preparing a meal – to the point they could be bedridden.” – Chair of critical care at Cleveland Clinic Dr. Hassan Khouli, as quoted by NST

A Covid-19 patient on ventilation. Image from World Economic Forum

We still can’t say for sure that patients have been dying because of the ventilator, instead of simply because they were already very sick in the first place that they only went on the ventilator to stay alive. For now, though, due to the side effects of going on ventilation, some hospitals have refrained from ventilating patients unless absolutely necessary.

“We let these patients tolerate a little more hypoxia [oxygen deficiency]. We give them more oxygen. We don’t intubate them until they are truly in respiratory distress.” – Interventional pulmonologist at Mount Sinai Hospital Dr. Udit Chaddha, as quoted by WebMD

However, since there’s still no cure and if the patient’s really hanging by a thread, ventilation could very well be the only option left. Furthermore, Ganesh told us that…

Ventilators should still be readily accessible

Ganesh told us that he’s well aware of the arguments surrounding the use of ventilation on Covid-19 patients, but he insisted that everyone should have access to ventilators if they do need it under current circumstances.  So right now, the primary objective for the Ethovent is to ensure accessibility.

“There’s still no proper study done on the impacts of ventilators, and it’s very case-to-case basis. It may work for one and not for the other, but the primary objective is to make sure it’s readily accessible.” – Ganesh 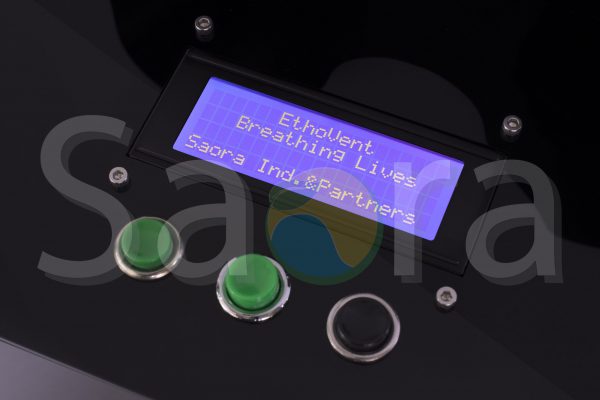 As you can see, Ganesh and his company has come a pretty long way from providing clean water for rural areas to inventing an actual ventilator. Currently, Saora Industries aims to produce 30 units of Ethovent per day and ensure that every hospital outside of Klang Valley is equipped with Ethovents as necessary breathing aids.

But such a feat could be impossible without funding. For now, Saora Industries has managed to secure sponsorships from Edotco and Hong Leong Foundation, but a lot of the staff have been forking out money from their own pockets to keep the project going. While they do plan on securing bigger grants, Ganesh told us that they also welcome the public to help fund the project.

“We welcome collaborators, partners and introductions—anything that will boost our efforts. If you would like to do your part for humanity at this juncture, please don’t hesitate to get in touch with us.” – Ganesh

So, you know, if you wanna help Ganesh in any way regarding this project, you can easily get in touch with his company on their website or shoot them a message on their Facebook page. Now’s probably as good a time as any to make sure that everyone can take a breath.