On 13 Jan, Ismail Mina Ahmad, leader of Gerakan Pembela Ummah, or Ummah for short (an umbrella group of Muslim organisations) gave a rrrrousing speech, peppered with rrreligious and rrrrracial rrrrrrrrremarks. He claimed that only the Malays rrrresisted British colonialists and Japanese occupiers.

“I want to tell you now, despite other races having been in the country then, only the Malays fought against the Siamese, the British, the Japanese. And most importantly – listen to this – only the Malays were targeted by the ‘three stars’.” – he said

If you’re wondering why CILISOS is being so annoying, trrrrilling our R’s, watch Ismail’s speech:

So yeah, for the non-Malays who had grand/great-grandparents who fought in the war, we’re sorry to say that your ancestors’ efforts were not worth their salt, at least in this guy’s eyes.

Orly? What about the soldiers who fought and died for the country, asked military retirees An organisation of military retirees, Persatuan Patriot Kebangsaan (Patriot), have come up to say that Ismail’s claim was a total distortion of facts. Its President, retired Brigadier-General Mohd Arshad Raji reminded Malaysians of the Chinese, Indian, Sikh, Orang Asli, Iban, Dayak, and Kadazan soldiers, who had fought valiantly beside their Malay brothers-in-arms since the pre-independent years.

“In the Air Force, numerous non-Malay pilots flew their helicopters in dangerous missions for supplies and evacuations, and enemies shot at their aircraft. These officers and men had their share of casualties and also their much-deserved share of gallantry awards.” – Mohd Arshad, Free Malaysia Today

Arshad added that it would be a good idea if the Defence Minister, Chief of Armed Forces, and IGP could correct Ismail on his history noledge. Warrant Officer Patrick Lee was shot in the arm by communists. Img from Malay Mail

The Malaysian Armed Forces Chinese Veterans Association (Macva) also slammed the Ummah Chief’s remarks as being “historically and factually wrong”. These vets have lost life and limb, not to mention their comrades, who fell in battle to defend the country… people like Warrant Officer Patrick Lee Kai Tong, 71, (pic above) who has a bullet scar in his arm after being shot by communists.

“Does he even know what it is like to be in a warzone? He can say what he wants but do not hurt people’s feelings. Maybe this scar from an M-16 is not enough for me to prove that I was there fighting for the country, but know that every memory, every death – even the smell of it stays with me.” – WO Patrick Lee, Malay Mail

In the meantime, MCA has also called for Ismail to be probed for sedition.

So we thought it would be interesting to list non-Malays who fought British, Japanese and communists

No doubt Malays patriotically fought for Malaysia, but to say non-Malays did nothing is about as accurate as the flat earth theory. Check out these badass warriors who resisted the foreign invaders.

We’ve read of many Malay heroes who fought the British during the early colonial rule in the 1800s, guys like Dol Said, Tok Janggut, and Dato Maharaja Lela who famously speared to death the British Resident of Perak, JWW Birch.

But who could forget Iban-Dayak warrior Rentap who led a rebellion for 10 years against James Brooke, the White Rajah of Sarawak. It is said that he never uttered the word ‘nundok’ (surrender). Or Antanum, a Murut hero from Sabah, who led the Rundum Revolt against the British North Borneo Company. And there’s Mat Salleh (ironic name for a time of British colonialism), a Suluk-Bajau man who was renowned for his terrer tactical skills.

Let’s throw in a Chinese dude too, Liu Shan Bang, a Chinese miner who led 600 Chinese to attack the government of James Brooke in Kuching, an incident known as the 1857 Chinese Uprising.

NAH, BACA:
I went homeless for 3 days in KL. This was what I experienced. 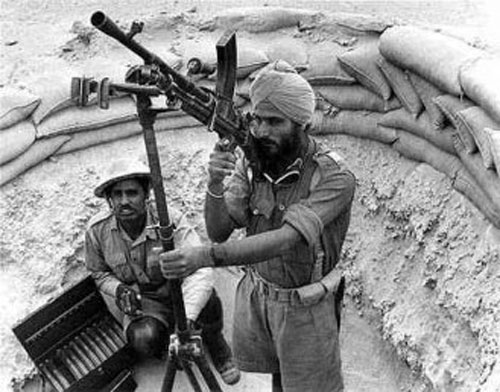 Battle of Kampar. Img from dinmerican.wordpress.com

WW2 saw many brave men and women, Malays and non-Malays alike, rise up against the cruel Japanese occupation. One name that comes to mind is Albert Kwok, who really despised the Japanese’s guts. He formed the Kinabalu Guerrillas, consisting of Chinese, Suluk, Bajau, Dusun and Sikh fighters… yeap, the first ever 1Malaysia Squad. When he heard the Imperial Army gonna forcibly recruit local youngsters, Albert was having none of that with neither ketchup nor cilisos, and led 300 parang wielding fighters to battle. Sadly the Japanese won and they beheaded Albert.

Not all warriors fight with guns though, like nurse and midwife Sybil Kathigasu. Sybil played spy by listening to BBC broadcasts from her hidden radio and passed information along to the Malayan People’s Anti-Japanese Army (MPAJA). Plus, she turned her house into a secret hospital for anyone who wasn’t fond of the invading party-poopers. Caught for her clandestine activities, the Kempeitai unleashed unspeakable torture on her. Last year, someone started a petition to include her in the History syllabus.

You know, there are tons of extraordinary individuals we could cover – such as the Tallala brothers who, despite not fighting on Malayan soil, did their bit for the war, by bombing Nazis – but this would make the article as long as the occupation itself, so let’s just salute everyone who strove to free the land Japanese rule. Asia for Asians, they said. It’d be great, they said. Ori img from ensiklopedia-bahasa-malaysia.jbdirectory.com Jerk communists burned down this town in Simpang Tiga, Perak. :'(  Img from iwm.org.uk

Sure, the folks who joined the Malayan Communist Party predominantly Chinese, however, to think all Chinese subscribed to the ideology is untrue. Many Chinese met gruesome ends at the hands of communist gorillas for not assisting them. At the same time, there were Malay leaders who joined the MCP, for instance Abdullah CD (Chairman of the party summore), Rashid Maidin and Shamsiah Fakeh.

Thankfully, not everyone who resisted the commies were killed in action. Ya’ll might be familiar with Kanang Anak Langkau coz a movie about him came out just last year. The Iban soldier from Sarawak is THE MOST decorated hero in the country, having proven his mettle during the communist insurgency and confrontation with Indonesia. Several attempts were made on Perak Police Chief Yuen Yuet Leng‘s life, as he was Khoo Chong Kong’s successor, not to mention he was a serious thorn in Chin Peng’s side. But he survived those turbulent times and passed away at 88. Ex-IGP Khalid even used to go to him for work advice.

If you like espionage, then you’ll definitely enjoy Senior Assistant Commissioner Leong Chee Woh‘s exploits. This man built a secret police team, E3F Unit to make Bintang Tiga cry. After being kept hush hush for more than 40 years, their work was finally declassified in 2016 and the team was honoured in Dataran Merdeka. 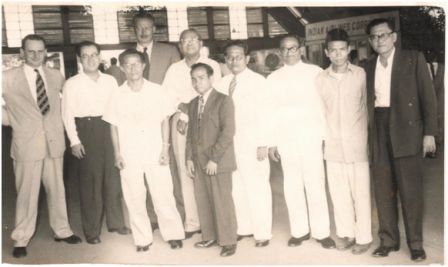 Aren’t these multiracial tokoh-tokoh in our Sejarah textbooks as well?

We’re pretty sure most Malaysians would know a statement saying that non-Malays didn’t help to fight the British, Japanese or communists is, well, factually unfactual. After all, students learn about the exciting exploits of Rentap, Tan Cheng Lock, Tun Sambanthan and gang during Sejarah class wut. If our ancestors who fought side by side, impartial race could see us now, saying stuff like that. What would they say?

“We have to remember those who have once served our King and country with valour. Those men comprising different races, their heroic and valiant deeds, their sacrifices must never be forgotten. Keeping quiet to such distortion of facts is not an option. It is abdicating leadership responsibility.” – Mohd Arshad, Patriot President, Malay Mail