You might recognise Bung Mokhtar for his controversies, especially when he did this: 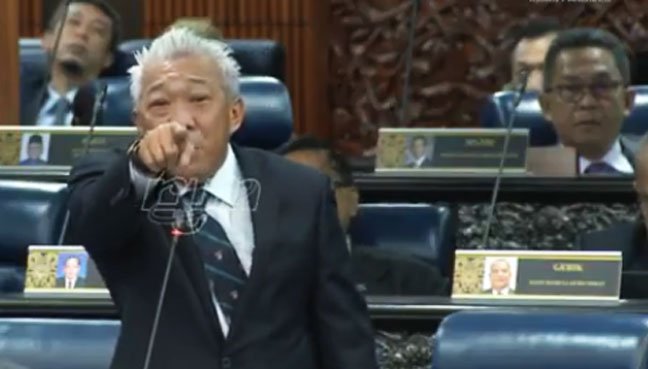 Some of you might be able to hear this picture. Img from FMT

And he was back at it again sometime in October 2019 during a Parliamentary debate to repeal the Anti-Fake News Act. Bung was one of the Member of Parliaments (MP) debating at that time.

According to a video uploaded by Buana Studio, there was a moment where another MP mentioned a picture of Bung at a casino and asked him if that picture was real or fake. Bung, being Bung, replied:

“Don’t challenge me. You’ve chosen the wrong person. I am a warrior from Sabah. Don’t play with Orang Sungai who drinks blood.” – Excerpt from Buana Studio’s YouTube, translated from BM.

So we were like… drink blood? Bung claims that he’s an Orang Sungai who drinks blood?! Well this certainly caught our attention, so we looked up just exactly what he was talking about and found that…

The Orang Sungai were apparently initially outcasts from another tribe

Just in case you didn’t know, Malaysia has over 80 ethnicities, 32 of them are from Sabah and another 28 are from Sarawak. Orang Sungai might just be one of the lesser known ethnicity in Sabah and Bung Mokhtar happens to be one of the most prominent figures from the tribe. Like for reals, if you head to the Wikipedia page for Orang Sungai, under the section of ‘notable Orang Sungai’, it’s literally just Bung listed there.

The tribe was ‘discovered’ in 1881 when an expedition team led by Sandakan’s first Resident, Sir William Pryer, was going through the Kinabatangan river heading towards the Labok village. Back then, they were known as the river people.

But after the Britain North Borneo Company governed Sabah, the name was changed to Orang Sungai. Yeap, if you think it’s a direct translation of their old name to Malay, then you’re absolutely correct. *pats head* And of course, you’d probably realise by now that the name Orang Sungai was given to them because of where they live: near rivers (duh!).

However, according to historian Whelan F.G., there weren’t any Orang Sungai before the sultanate era. The Orang Sungai were originally known as the Dusun people and they didn’t even live near rivers.

After the sultanate era, some of the Dusun people started to embrace Islam and when this happened, the Muslim Dusun people began to isolate themselves from the Dusun people. They started living near rivers, forming their own culture and community which would eventually be known as the Orang Sungai.

Most of the Orang Sungai live in the Kinabatangan, Beluran and Tongod district besides other tinier districts like Kudat. And in researching this piece, we found some out more about their super interesting traditions, such as…

Alright Twilight fanfic writers you can calm down now. As it turns out, the structure of the Orang Sungai’s wedding isn’t that different from Malay culture la. They have the jarum-jarum (equivalent to merisik, where the groom’s family would find out if the bride is taken), menawo (engagement), nagnikah (solemnisation) and nagsanding (wedding ceremony), among others. 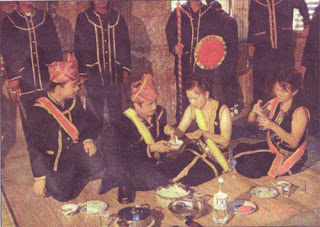 The closest photo to an Orang Sungai wedding that we can find. Img from lyjanvbtourism.blogspot.com

In the wedding ceremony, the Orang Sungai have a practice called sprinkling (merenjis), to bless the marriage. The sprinkling would be repeated on the third and seventh night. And before the seventh night, the newlyweds are not allowed to step on the ground.

NAH, BACA:
The OTHER racial riot before May 13 (which we didn't know about)

The reason for doing so is to prevent bad luck and disaster from happening to the newlyweds and the whole village. Some of the disaster that can happen includes thunderstorms, flash flood and even lack of food due to bad crops. But ofcos there will be times where the Orang Sungai will break their own taboos. 🙁

So how? GG lor if that happens! Well, fret not. The Orang Sungai has a way to undo the bad luck… by sacrificing a chicken or pig then the blood from those animals would be sprinkled around the newlywed’s house.

The meat of the sacrificed animal would then be served to the guests. This tradition is apparently sooooo interesting that it has gained the attention of local researchers who have been studying the tradition for quite some time.

Not an exact representation of the blood sprinkling ceremony, but you get the idea. Gif from Giphy

Besides this tradition, the Orang Sungai also practice other traditions and taboos that might be similar to other ethnicity’s such as the ban to whistle late at night. This is normally done to prevent people from calling out ghosts at night. They also believe that young ladies should not sing while cooking as the Orang Sungai fear that they would get married to old men. But this is normally said to ensure that women focus on their cooking to prevent the dishes from burning.

But there are a few differences in their traditions and taboos too. For instance, they would say, “return your spirit to you” instead of a “bless you” when someone sneezes. The Orang Sungai also believe that you should not elbow other people to avoid shortening your lifespan.

But not all of these traditions are currently being practiced by the Orang Sungai due to religious factors – some of them are Muslim while a minority of them are Christians. And this includes another tradition where…

The Orang Sungai used to make agreements with… CROCODILES Err… not like this. Unedited image from The Independent

The Orang Sungai believe that they’ve made an agreement with the crocodiles, called the ‘gegejanji gunai boya‘, a looooong time ago. It all began in the Segama river when the king of crocodile, Aki Torunggari, asked help from the Orang Sungai’s ancestor, who was a shaman called Odu Sebulig-bulig.

Aki Torunggari was injured because it was speared by a prince named Tadtak. Tadtak was angry at the crocodile for disguising itself as a small lizard-like creature and kidnapped the prince’s sister, Darupak to marry her.

So when Odu Sebulig-bulig was approached by Aki Torunggari, the shaman made an agreement with the king of crocodile.

“Odu Sebulig-bulig agreed to heal Aki Torunggari’s wounds but made an agreement that the Orang Sungai won’t be disturbed forever or eaten by the reptile, as long as they (the Orang Sungai) aren’t hungry or thirsty (have the intention of looking for food) when going into the river.” – Excerpt from Berita Harian, translated from BM.

Other conditions that Orang Sungai have to obey is not to sharpen their parangs because the sound it produce can make the crocodiles vicious. Besides that, they are not allowed to wash the mosquito net in the river as it can attract the crocodile’s attention.

Despite these interesting traditions and myths, the younger generations of the Orang Sungai no longer practice this. In fact, most of them have moved to the city and work in the corporate world. 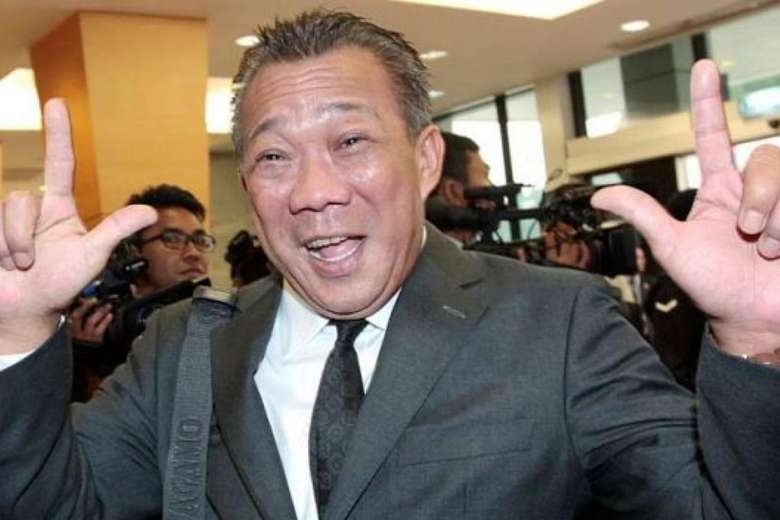 One became a politician! Img from Straits Times

But this doesn’t mean that there’s no more Orang Sungai in Sabah. The older generation still remain and live near rivers. Besides these traditions, they are still practicing the agrarian lifestyle, focusing on a range of traditional occupations from farming to fishing.

Of course, while we don’t expect everyone who moves to the big city to one day return to their respective hometowns and kampungs to continue their cultures and customs, it’s perhaps still nice to know that there’s still those who practice and maintain our traditions of old – even if it involves the occasional animal blood.