In September this year, an Orang Asal man from Sarawak wrote a letter to the Prime Minister of Japan, Shinzo Abe. The letter-writer is Matu Tugang, the Headman of Long Jaik, a Penan village in Belaga, Sarawak, and he was writing on behalf of his whole village and the Penan people. Matu Tugang, the Headman of Long Jaik. Image from cj.my

As a man of his position, Shinzo Abe receives TONS of letters – from world leaders, to NGOs, to regular folk. Sometimes they are requests to end the country’s practice of whale and dolphin hunting, or they could be asking Japan to officially apologise for the horrors of World War II, and so on.

But what could the Penan folk want from the Japanese Prime Minister?

They want Japan to stop taking their trees to build the Tokyo Olympics stadium! The letter, written in BM, was a heartfelt plea to the Japanese Prime Minister to stop buying wood from Sarawak to build a massive stadium for the Tokyo Olympics 2020!

“Dear Mr. Prime Minister, I am the village headman of a Penan village called Long Jaik. We live in the deep rainforest of Borneo. I am turning to you because we have learnt that Japan is using timber from Sarawak for the construction of the New Olympic Stadium.” – wrote Matu in his letter Click to read FULL letter in English and BM

The US$ 1.26 bil (RM5.3 bil) New National Stadium is being constructed now as we write this. The old stadium was demolished in May 2015, and on 11 Dec 2016, work on the new one began in Kasumigaoka, Tokyo. It will host the opening and closing ceremonies of the upcoming Summer Olympics Games, as well as track and field events.

Before construction even began, the stadium was already marred by controversy. Firstly, the price was too steep for the frugal Japanese, so they had to cut cost due to public outcry. Secondly, the stadium was embroiled in a death-by-overwork controversy, when a 23-year-old construction worker killed himself after logging more than 190 hours of overtime. Computer rendering of the new stadium. Image from japantimes.co.jp

And now THIS – logging trees from the beautiful forests of Borneo. 🙁

Evidence gathered at the construction site by Japanese and international environmental NGOs on 3rd and 18th April, showed tropical plywood being used to mould concrete for the stadium construction with ‘Shin Yang’ markings on them. These markings resemble other ‘Shin Yang’-produced plywood sold in Japan, confirming that they were indeed being supplied by Miri-based company, Shin Yang Plywood (Bintulu) Sdn. Bhd.

Two years ago, CILISOS wrote ‘Where is all of Malaysia’s kayu balak going?’, highlighting the massive deforestation in Sarawak. Guess we know where they went now!! 😡 As we dug deeper, we found some rather disturbing things about this Sarawakian logging company… In our previous article, we revealed that Malaysia has the highest deforestation rate since 2000. Of all things, faceplant. We have lost 14.4% of our forests in 14 years, which is a total of 47,278 sqkm. That size is larger than the country of Denmark.

If we were to talk about how this kind of deforestation could affect Malaysia and the rest of planet Earth, your computer or mobile phone sure hang. And we would also KO like that poor overworked Japanese construction worker. Go buy a book la. But to mention it briefly: greenhouse gases increase, animal extinction, and the Orang Asal will lose their home and livelihood.

Now the important question – who is getting rich from this? There are many logging companies in Sarawak – legal and illegal. Shin Yang is known as one of the notorious ‘Big Six’ logging companies in the country’s largest state, that has been logging in Long Jaik for almost two decades. In 2016, it was found to be clearing over 40 football pitches of rainforest a day, claimed the Bruno Manser Fonds. 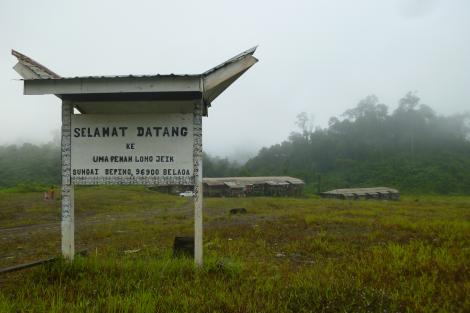 The company had also previously been implicated in illegal logging, rainforest destruction, and human rights abuses. It happened in Nov 2015, when the government was cracking down on companies that were involved in illegal logging, that an assistant minister in the Chief Minister’s Office revealed that the Big Six were under probe.

Sarawak DAP Chairman Chong Chieng Jen said the Big Six were the ones responsible for large scale deforestation, not illegal loggers. The state’s total land mass is 12.4 mil hectares, out of which, 10 mil hectares are under forests. Now, out of the 10 mil hectares, he said 1 mil are totally protected forest areas, while 4 mil are reserved for agriculture and other uses. So that leaves the remaining 5 mil hectares of forest for timber production.

“Of these 5 mil hectares of forest for timber production, 70% is already given to the 6 companies. Given the huge legitimate timber concession areas controlled by the 6 companies, forest areas allegedly felled by illegal loggers is just a drop in the ocean.” – Chong Chieng Jen, Sarawak DAP Chairman, Malay Mail

Know what else is scary? Local communities and former employees of the company have alleged that it hires armed gangsters to intimidate and assault those who voice concerns or act against their interests!

NAH, BACA:
New species discovered in Sarawak is being called the "World's Most Beautiful Spider" A Penan blockade in the 1980s. Image from Bruno Manser Fonds

Since the time of their ancestors, the Penan have come to see the entire forest as their home, where they live, hunt and gather food. The forests not only provide them with their livelihood needs, but also with their identity and social wellbeing, just as these ancestral lands have for their fathers and grandfathers, wrote Matu in his letter.

The Penan’s struggle began in the 60s when Malaysian (and Indonesian) governments opened up large forest areas for commercial logging. With high global demand for timber, the companies began to go logger-happy, eating into Penan land. Not long after, wild boar, deer and other game for food became scarce. Sago palms that make up the Penan’s staple carb diet, plus fruits and plants for traditional medicine were destroyed. Logging also caused pollution to their water and their burial lands were desecrated.

“Shin Yang has been logging aggressively in the area of our village. When their tractors extract a log, they just bulldoze everything around, including our rattan, our fruit trees and our sago plants. When they extract a log, they just pull it out with no consideration for our trees and forest resources and no respect for our culture and rights. They destroy everything in the area where they log.” – Matu wrote to the Japanese PM

The Penan have pleaded with the authorities and loggers numerous times, arguing that they masuk-ing their land that had been given to the them in an earlier treaty and were violating their Native Customary Rights (NCR). From the 80s and until today, the indigenous folk set up blockades to stop logging operations but those end in big clashes – it also ends in deaths, injuries and massive arrests.

They’ve also gone to court to fight for their land rights, and they have won cases before in the past, yet they are still struggling today to stop the loggers. For the longest time under former Chief Minister Taib Mahmud, he reportedly leased Penan and other NCR land to loggers and developers in exchange for political favour and money. In the short time that the late Adenan Satem took over, he tried to change things and was more willing to listen to the Orang Asal.

“Now, these timber men, including the Big Six, fell trees as if Sarawak is their grandfather’s property. We will put a stop to this. Enforcement will be stepped up. The Forest Department cannot pretend to be naive or stupid and look the other way when illegal felling takes place.” – late Adenan Satem, former Chief Minister of Sarawak, Free Malaysia Today

He said this in 2015 when the MACC launched Ops Gergaji, an operation to crackdown on illegal loggers – over 1,700 logs and 519 bank accounts were frozen. Besides, ‘bulldozing everything’ goes against what the Olympics stands for London organisers cut Olympic rings into the grass to promote the green ambitions of the Games. Image from CNN

Y’know, it’s ironic that Japan has afforestation projects where government and private businesses plant native trees in open areas scattered throughout the country. This practice has resulted in shifts in forest structure and a healthy temperate rainforest that maintains a high biodiversity. But when it comes to logging in some far off country like Malaysia, they don’t care la right?

Not to mention, the Olympics has made a pledge to be sustainable!

“The National Stadium is a building constructed by the National Government and should be a place of national pride, but given the weak social and environmental standards being applied to the Olympic construction and the preliminary evidence that wood from a rogue company is being used, we fear this could be a scandal for the Olympics and Japan.” – Junichi Mishiba, Exec Director of Friends of the Earth Japan, bmf.ch

Shinzo Abe popping up as Super Mario at the Rio closing ceremony. Image from boredpanda.com

Japanese and international environmental groups have called for an independent investigation into the use of wood that appears to have been bought from Shin Yang.

In the final paragraph of his letter, Matu ends with this heartfelt plea:

“Dear Prime Minister of Japan, please, make sure Japan does not accept wood that Shin Yang has stolen from us. As long as Japan continues to accept this wood, Shin Yang will continue logging our forests and extracting logs daily. Our forests, our trees and our wood will be depleted and eventually exhausted.” – Matu’s letter

Hopefully the Japanese organisers will find other sources of wood from companies that are not mired in scandal.